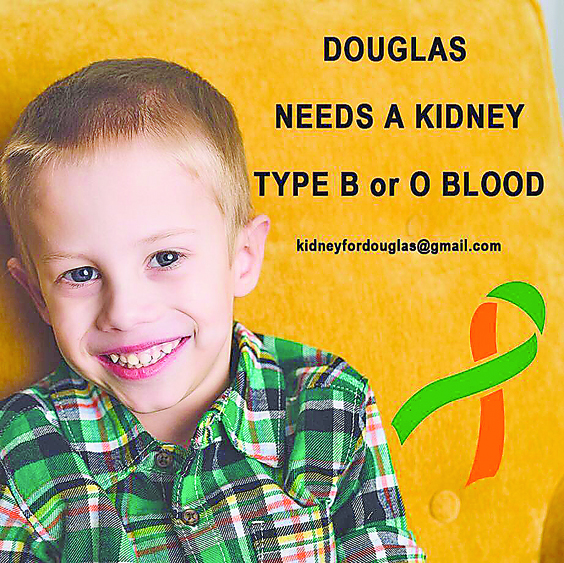 Douglas Habbe likes the kinds of things that other 6-year-olds like: LEGOs, Minecraft, tractors, playing outside with his cousins.

But there is something else that Douglas needs: a new kidney.

Family for the Nashville boy have called out to friends, fellow relatives and the community in hopes of finding a match for him.

“It’s like a punch in the stomach,” his mother, Sherry Habbe said of hearing the news that her son needs a kidney. “It’s a new reality but it’s one that we knew was going to happen.”

Habbe said her son’s story begins when she had an ultrasound at 20 weeks pregnant. During the visit, she and her husband R.H. learned that their child needed to have surgery due to a bladder outlet obstruction. The fetal surgery helped save his life before he was even born.

Douglas was born at  35 weeks and diagnosed withchronic kidney disease and  prune belly syndrome. He had the surgery at less than 24 hours old, after doctors noticed that his abdomen had been swelling. Family said that had it not been for that procedure and the stent that was put into both of the boy’s kidneys, Douglas “might not have lived longer than a day.”

Prune belly syndrome is a condition that is characterized by the lack of abdominal muscles and it relates to a weakness in the stomach. The condition statistically only occurs in about one in every 30,000 to 40,000 births.

Many who are born with the condition do not live past the age of 2.

Sherry Habbe said the path to needing a transplant for Douglas seemed the best route last fall when lab results showed diminished productivity from the kidney for a couple months in a row.

“The best possible scenario for him is to find a live donor,” Habbe said.

The Habbe family called out for loved ones to get tested and see if they might be a possible match. The ideal candidate would have Type B or O blood, over the age of 18 years old and is in overall good health. The donor cannot have any health issues with the kidneyss, be at a healthy body weight, no heart issues and be covered by their own health insurance.

Sherry Habbe said her transplant coordinator has received a “great response” by several different people who are willing to see if they are a good match. Right now, the process is going through the current pool of candidates to see if anyone could be a live donor for Douglas.

“We have been overwhelmed,” she said. “It’s exciting and exhausting at the same time.”

Habbe said Douglas has his good days and bad. Sometimes he feels OK enough to go to school. Other days can be a struggle.

“At Christmas, he asked if Santa would make him a normal kid,” she said. “He knows he is sick, and he doesn’t know why.”

Habbe said she and her family appreciate all the love and support that the community has given them so far in this journey. Her hope is that they will continue to remember them as they wait in hopes of a kidney.

“We just ask that people continue to remember him and his donor team in their prayer and that the right donor is found,” she said.

Above: Douglas Habbe, and at right: The Habbe family – R.H., Sherry, Douglas and Rylee.

For more information about Douglas, check out Douglas’ Journey To A Kidney on Facebook. You can also email the Habbe family at kidneyfordouglas@gmail.com. 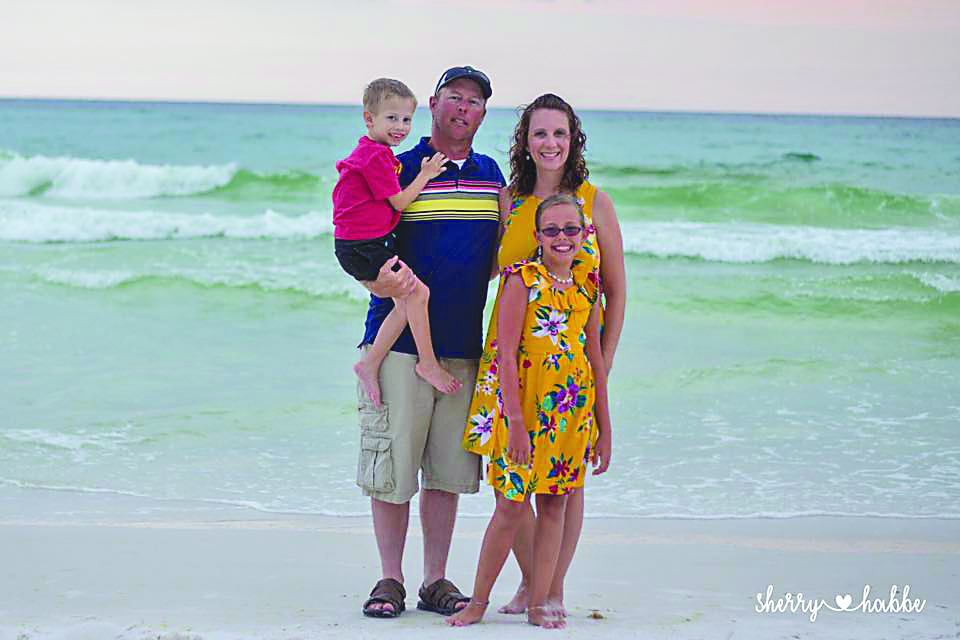