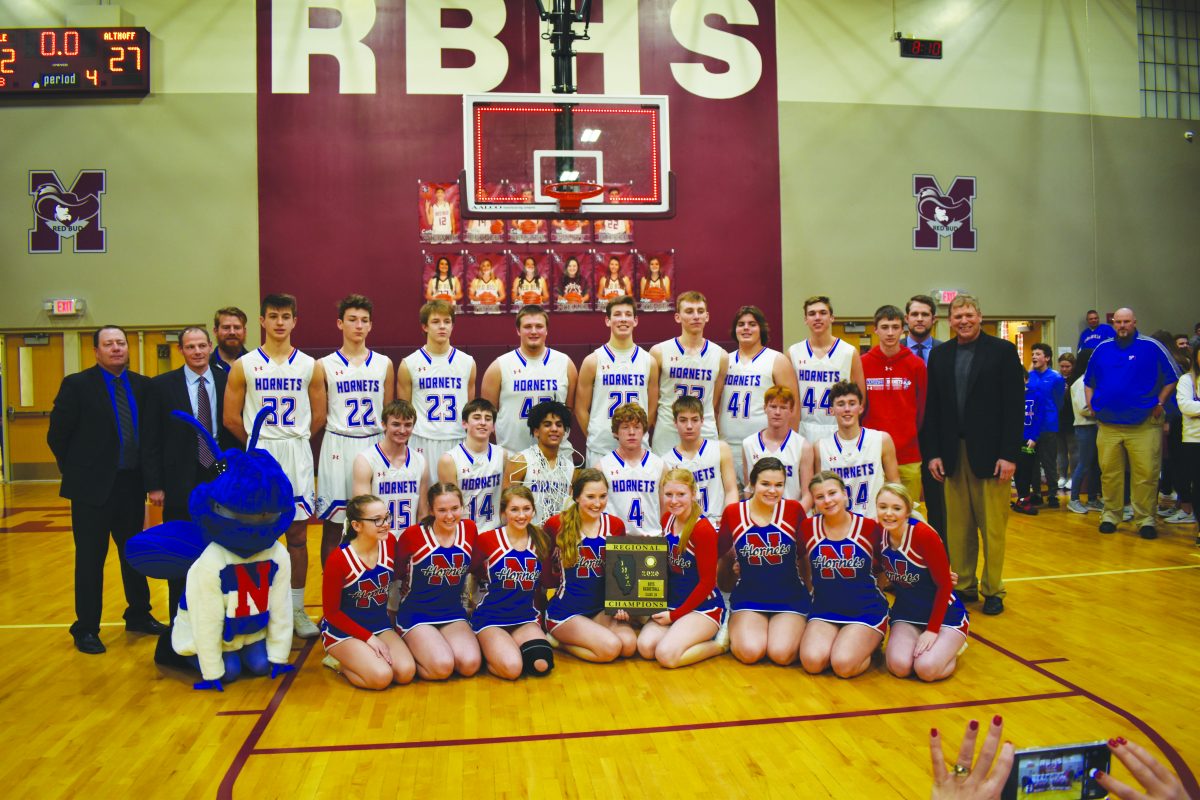 Nearly a year removed from falling to Chicago Orr Academy in the Class 2A State Championship game, a team with new faces accompanied by seasoned veterans entered the postseason Tuesday in the form of the Nashville Hornets. The Hornets (25-6), participated in the Red Bud Regional and came into the contest rated as the highest seed in a field of six which included: Freeurg, Wesclin, Althoff Catholic, Columbia and Red Bud. Due to Wesclin taking care of business in their game on Monday, Feb. 24th against Columbia, the Hornets found themselves paired with Wesclin Tuesday, Feb 25th to begin their playoff surge. The two teams met earlier in the season during the Mater Dei Holiday Tournament, a game in which Nashville won 39 to 22. The Warriors (17-14), came into the game winners of six of their last eight to close out the season. Nashville had come away victorious in five of seven to end their regular season campaign. Regardless of the sport, experience can be key in any type of postseason environment. For the Hornets, the seniors made their presence felt early and often. Terry Pelczynski opened up the scoring by draining a three which were followed by two points from Carson Parker. The two quick buckets allowed the Hornets to claim an early five point lead. Pelczynski capped off an eight point first quarter by scoring the last five Hornet points of the opening period, and Nashville went into the second quarter with a 12 to 6 lead. The Nashville defense gave Wesclin fits to begin the game, as the Warriors were only able to knock down one field goal out of their first eight attempts. When you look at the scorebook, at first glance it appears the Hornet offense slowed down in period two. The seven point quarter was in large part due to Wesclin holding the ball for nearly four minutes before attempting to pursue a basket. After a four minute break in action, the Hornets held the Warriors and had a chance to get on the board once more before the break. The team did just that in the form of two more Pelczynski tallies and the Hornets were able to take a 19 to 11 edge after sixteen minutes. The Hornets were able to shoot 53% in the first half, while a 27% mark was given to the Warriors. Following a tightly contested first half in which the Hornets were able to gain some breathing room towards the end, the team continued their good fortunes early in the second half. A bucket from Jaxon Goforth sprung the Hornets on a 7-0 run, and the eight point lead was enlarged to seventeen in favor of Nashville. Although the offense was rolling, the defense was clicking for the Hornets as well. Wesclin only managed one field goal throughout the third period, and the Nashville faithful saw their team’s lead climb to nineteen heading into the final minutes. Similar to the third quarter, the Hornets started the final eight minutes with nine straight points, and the lead was at twenty eight. The 24-2 run going back to last two points of the first half sealed the fate for the Hornets, as the team cruised to a 49-25 victory to begin postseason play. A ten point first half allowed Pelcyznski to lead the team in scoring, as he finished with 16. Parker also finished in double figures after notching twelve points, while Buzz Ritzel collected 10. Matt Anderson scored five points, while Tristen Hercules, Goforth, and Isaac Turner all had two. The convincing victory set the stage for a potential sixth straight Regional Championship on Friday night. The Hornets were unaware of who their foe would be, as they would have to await the winner of the Freeburg-Althoff game which took place Wednesday night. Following a 42 to 37 victory over the Midgets, Althoff would be Nashville’s opponent Friday night. Althoff (10-21) resides in the South Seven Conferences with the likes of Mt. Vernon, Carbondale, Centralia, Marion, and Cahokia. The Hornets jumped on the Crusaders early, and the wealth was being spread. Parker, Goforth, and Ritzel all jumped on the board and the Hornets were up 6-0 early. A late three pointer from Pelczynski put the lead at seven going into period two, and Nashville was able to see four different players score points in the opening quarter. In the second quarter, we witnessed the Crusaders display push back. Four straight points cut the deficit to three before Hercules put the lead back to five. Althoff was able to pull back to three after a pair of made free throws, but the Hornets allowed them to cut into the lead no further. Nashville closed the quarter on a 7-2 run, and the score was 18 to 10 in favor of the Hornets after sixteen minutes of play. In a half where Nashville only had a 38% shooting mark, the defense held Althoff to just 17%.

“We’ve been guarding pretty well. It’s a hard matchup for us trying to guard them. They missed some shots, I think we had something to do with that. I just thought we had good help. 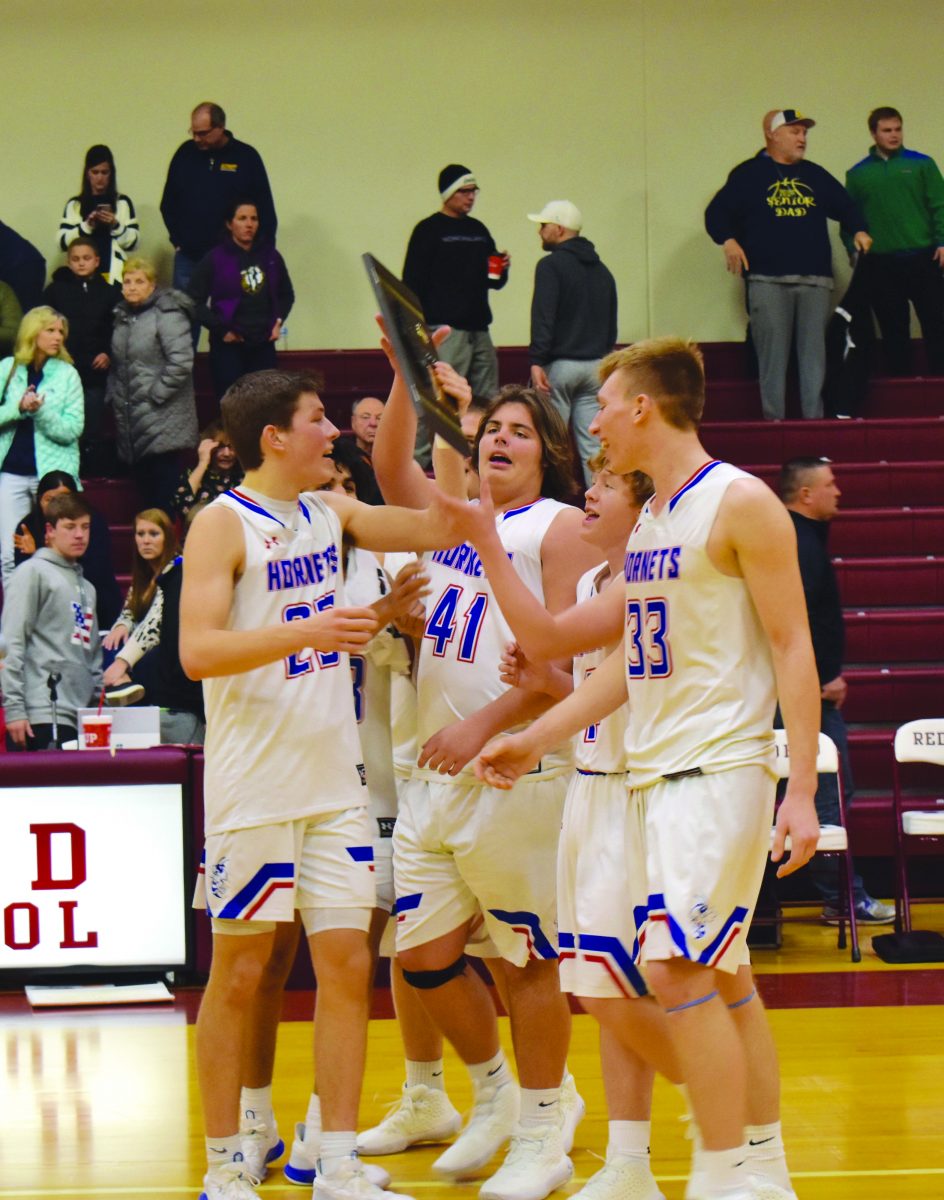