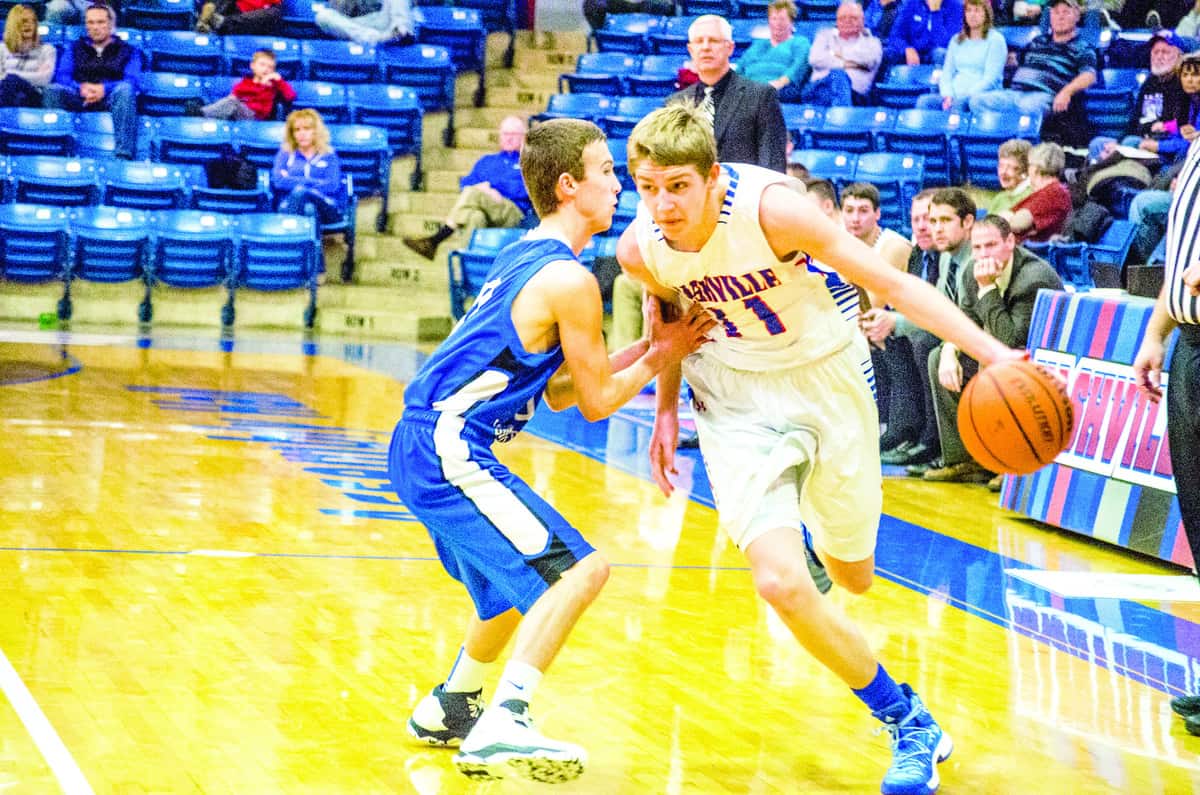 Bryce Bultman dribbles around an Anna-Jonesboro defender during the Hornets 61-43 win over the Wildcats on January 27, 2017.

According to McKendree Athletics, Bultman was the team leader in rebounds and assists with 158 total rebounds and 84 assists on the season. He averaged 9.5 points per game with 256 total points for 2019-20. Bultman was also one of four Bearcats with double-digit blocks on the season with 10 and tallied the second highest steals on the team with 22. Bultman is also entering the record book as the first McKendree recipient as GLVC Freshman of the year for men’s basketball.

The men’s basketball team finished with a program best 15 wins this season, marking its best record since entering the NCAA Division II era in 2012. The Bearcats sat ninth in the final conference rankings, missing the final tournament seed by a small margin with its 10-10 conference record. Its GLVC finish was also a new program best as the first time McKendree earned double-digit wins on the season in GLVC only competition.