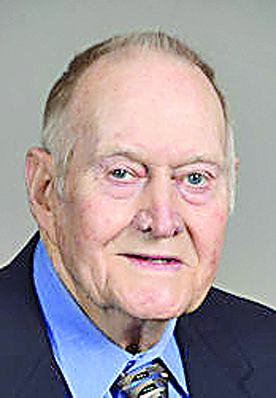 He was a retired grain and livestock farmer, a member of St. Liborius Catholic Church, St. Libory, IL, member of American Legion Post 683, St. Libory and he served in the U.S. Air Force as a Bombing and Navigation Systems Mechanic for B-47 and B-36 bombers during the Korean War. Eugene also received the National Defense Service medal.

He is preceded in death by his parents, Theodore and Mary, nee Behrns, Diecker, five brothers, Art, Tony, Joe, Hugo and Ted Diecker, two sisters, Helen Green and a sister in infancy.

Memorials may be made to HSHS Hospice of Southern Illinois, 701 W. Temple Ave., Effingham, IL 62401. Condolences may be sent to the family by visiting mollfuneralhome.com.

Services have been delayed until further notice.