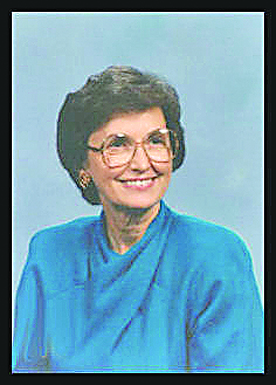 Pat was a teacher for many years, including teaching English at Okawville High School from 1951 to 1956.  She was a member of the Grace United Methodist Church in Nashville, IL, Nashville Ladies Golf League and American Legion Auxiliary and she volunteered for the American Red Cross, serving for many years as the armed forces liaison.

Left to mourn her passing are her two children, John Box and wife Carol of Chicago, IL and Ann Gray and husband Bill of Scottsdale, AZ; four grandchildren, Claire and Elizabeth Box, Molly Etchebarren and Cory Gray; nieces, nephews, other relatives and friends.

She was preceded in death by her parents, husband and a brother, Jack P. Shinn.

Due to public health concerns, the public visitation and funeral service originally scheduled for Saturday, March 21, 2020 has been canceled.  Funeral services will be private.  The family plans to schedule a public memorial service at a more appropriate time.

In lieu of flowers, memorials can be made to the Alzheimer’s Association or the Central and Southern Illinois Chapter of the American Red Cross and will be accepted by the Campagna Funeral Home, PO Box 326, Nashville, IL 62263, who is assisting the family with arrangements.