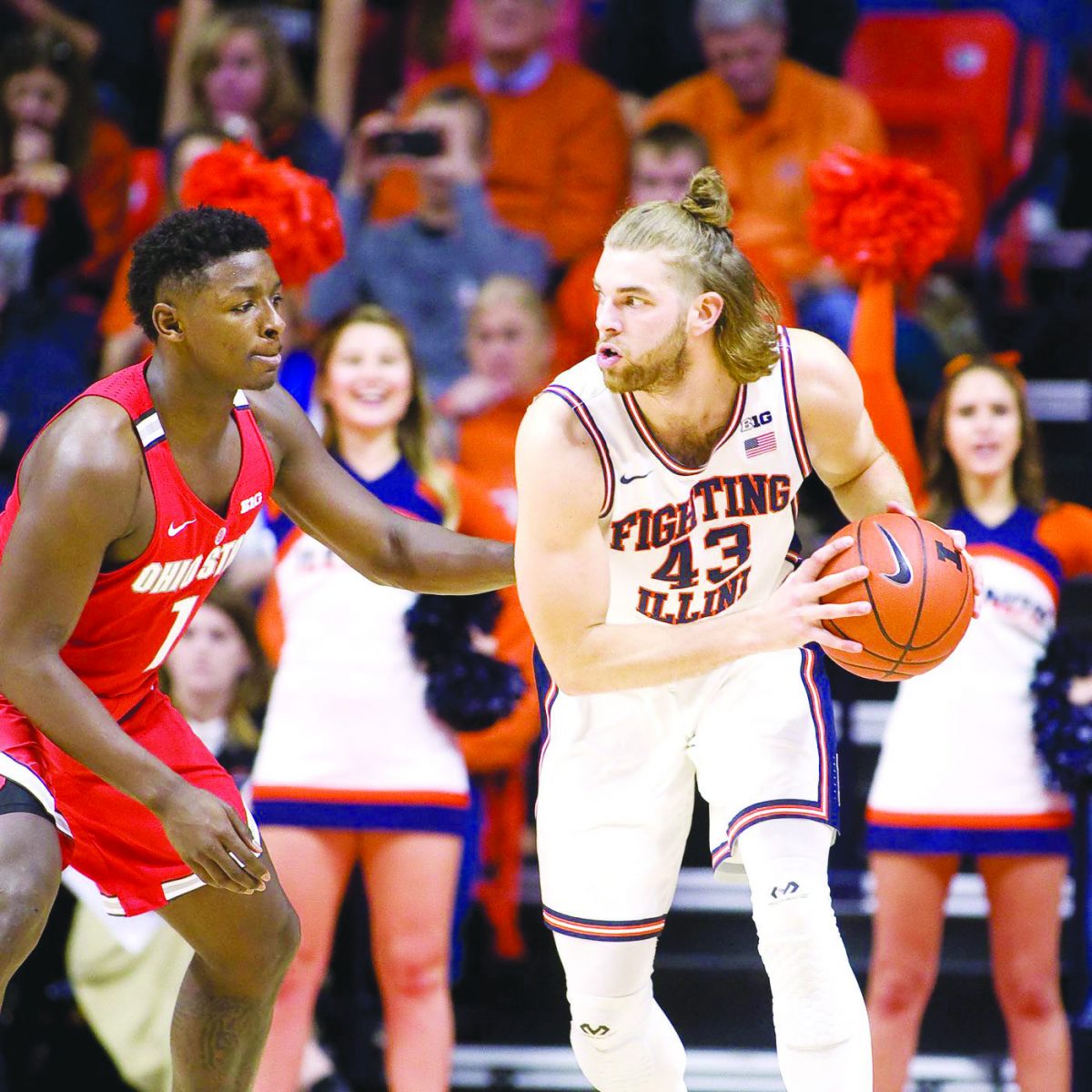 Don Finke is a 1965 graduate of Nashville Community High School. Throughout his tenure as a Hornet, Finke played basketball all four years. He spent his freshman season waiting in the wings before eventually making the jump to varsity his sophomore season to play for coach Bob Allen. Following his graduation from Nashville, Finke continued his education and basketball career at Kaskaskia College where he was the team’s sixth man. Although his career remained promising, Finke was hit with some tough news before the start of his sophomore year. Finke was forced to hang it up after one season at Kaskaskia due to a heart condition.

“I think if that wouldn’t have happened I would have gone on to play a couple more years,” Finke said.

Upon leaving the area in 1972, Finke has since lived in Casey, Illinois.

“It’s a town similar to Nashville, an agricultural community. It’s about half way between Effingham and Terre Haute Indiana,” Finke said.

Finke raised two sons, Jeff and Kevin, both who have had successful sporting careers. Jeff played one year of basketball at the University of Illinois before a medical condition forced him to change sports. The injury was  considered his “red-shirt” season, which enabled him to play football for four years for the Fighting Illini. Jeff continued the athletic tradition and now has had three sons play collegiate basketball. Tim, the middle child, plays at Wright State in Dayton Ohio while the youngest , Nick, plays at Army West Point. Michael, the oldest, played three years at Illinois. Two of those seasons were with Jon Groce at the helm, while the last season was played under current Head Coach Brad Underwood’s during his first season. During his time sporting the orange and blue, Finke played alongside Belleville East native Malcolm Hill as well as current Miama Heat player, Kendrick Nunn. He graduated from Illinois in December of 2017.  Following his final season with the Fighting Illini, Finke transferred to Grand Canyon University where he was coached by Dan Marley. In his final season playing college basketball, Finke posted a career best 12.1 points to go along 5.1 rebounds per contest. His efforts landed him on the All-WAC First Team.  In early August of 2019, the 6’10 forward decided to test the waters and play professionally overseas. His first stop: Poland.    He signed his first professional contract with the Legia Warsow and would be playing in the 17-team Polish Basketball League, the nation’s top division. Three months into his professional career Finke found himself on a new team playing in Estonio where he would stay for the next three months. Unfortunately for Finke, his  season was over almost as quickly as it begun. In mid March, Finke played in his last game for Estoria after it was announced the season would be postponed amidst the COVID-19 pandemic. Finke noted the league he plays in usually makes decision based off the National Basketball Association, and even after hearing murmurs of a possible shut down he continued to remain optimistic.

“I thought there was no chance,” Finke said in regards to his season being postponed.

On a Thursday night in mid march his nightmare became a reality when the team played in its final game of the season. That evening, they were the only game that was played in Europe.

Similar to the situation in the United States, Finke describes the outbreak as something that seemingly happened “overnight,” He also noted Europe declared a National State of Emergency roughly a week prior to the United States. Although none of the players on his team tested positive for the virus, one assistant coach was found with it, so Finke was forced to stay in quarantine for a little over a week.

“I couldn’t leave my apartment for anything,” Finke said.

Following a week of quarantine, Finke was able to return home after President Trump advised all U.S. citizens to return home. Although he was cleared to return home, Finke explained he was worried about when flights were going to be shut down and when they were going to close the borders throughout his time in annex.  Ten days had passed from the time he caught wind of his season being postponed till the time he was able leave Europe. Although he was not able to leave his apartment, Finke described the situation where was as similar as the one back home. He explained people could still go out and there were some grocery stores open as well as food to go.

As far as the national panic level, Finke described it as the same.

“The city I lived in was pretty small, I think there were probably 50 cases, their biggest concern was with the bigger cities,” Finke said.

Much to the dislike of the Champaign native, not only was there four months remaining on his current contract, and his team was shaping to make a deep playoff run.

“Estonio was one of the two top teams in the league,” Finke said.

The forward described his first season as a professional basketball player was going “pretty well,” after playing somewhere between 40 and 50 games for teams while playing in two different league. Unlike the NBA, the leagues Finke was participating in have been shut down for the season, leaving Finke an up and coming free agent.

As for now, Finke’s plan is to continue to train and stay in shape in an effort to make him an attractive free agent signing. He plans to return to Europe in August for the season.