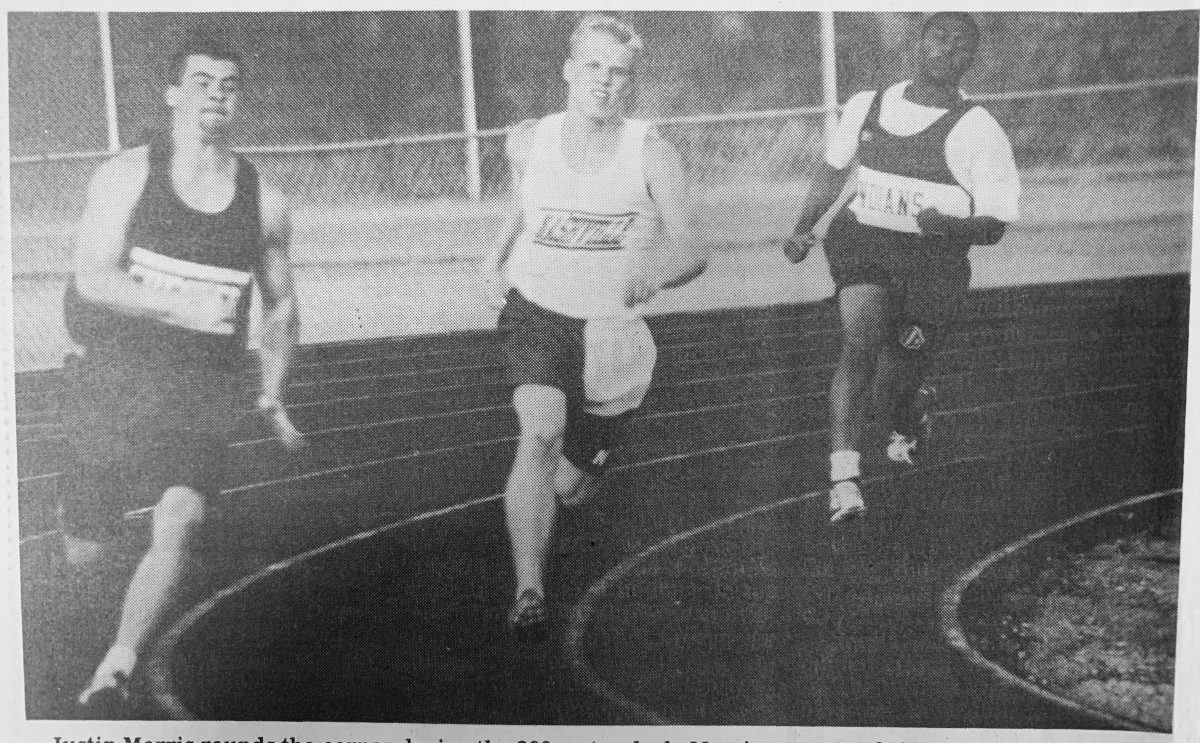 Above: Justin Morris runs in a meet during the 1998 Championship Season. Following his career as a Hornet, Morris ended up signing on to play football at Eastern Illinois University during his college tenure. He said “nothing could ever compare to that,” in regards to winning the State Championship for track.

Last week, we took a look back on the State Runner Up Hornet football team from the 1998 season. This week, we will give the nod to a team who won a State Championship roughly six months before the football team appeared at Illinois State University. A team which was filled with athletes from that very same football team: the 1998 Hornet Track Team. In late May of 1998, a track team led by Bruce Reeder and Darin Lee competed at the State Tournament which was then still played at Eastern Illinois University.

“They were a good combo, when one person didn’t say something, usually the other one would. They never got riled up, they were very methodical,” said Justin Morris, a key contributor to the 1998 team.

This was a team who was not in unfamiliar territory, as the team took home second in State during the 1997 season.

“Absolutely” is the word  Morris used when asked if the expectations going into that season were to be back at state.

Morris, who ran track at Nashville all four years of High School, was a sophomore at the time alongside a loaded senior class.

“We wanted to strike while the iron was hot, we were loaded, stacked,” Morris said.

Let’s rewind to the Fall of 1997. The football team’s season came to an abrupt halt following a 45 to 0 loss to Harrisburg in the State Quarterfinal. Morris credits that game as one of the motivating factors going into that track season.

“We had just got creamed by them, right? That kind of lit a fire under us,” Morris said.

That momentum, along with the momentum from the previous track season, carried the team all the way to the State Tournament. Coach Reeder also credited the track season for some of the 1998 football team’s success as well. Although by the end of the day they were crowned State Champions, it did not come to them without a challenge. Nashville was in a grudge match with Chicago Leo for most of the day.

“We pretty much exchanged blows for most of the day. They’d win something, and then we would win something. We were neck and neck.” Morris said.

The day would come down to the final relay. The Hornets were trailing Chicago Leo ever so slightly, but the team was up against heavy odds. In order for Nashville to secure a share of the State Title, Chicago Leo would have to finish in seventh place or worse in the final event. The Hornets also had to finish in first place. From a coaching standpoint, Coach Reeder and Coach Lee did their part in downplaying the situation.

“They didn’t tell us the circumstance, they didn’t want to add any extra pressure,” Morris said.

The members of the 1600 meter relay team included Morris, Brian Piasecki, Jared Morris, and Jared Rybacki. The group was able to not only win the race, but their time of 3.20.58 was a second shy of tying St. Anne’s state record which was set in 1983. Chicago Leo came in seventh place, and the Hornets were able to claim their first State Championship in school history.

“That sealed it for us,” Morris said.

The State Championship trophy was just one of a laundry list of accolades the team was able to take back down south with them. The team won second place in the 4×200, second in the 4×1 to go along with first in the 4×400. Rybacki placed second in the 400 meter with a time of 48.7, while Justin Morris placed fourth with a 49.39. Gvonie Jeffries threw a shot of 52’ 9.75, which was good for third, while Middleton chucked his 159’ 3’’ and was awarded fourth place. At the time, Morris described Middleton was “one of the best discus throwers in the state.”

Following the first track State Championship in school history, Morris was taken back by the experience.

“It was the pinnacle of my career. It was the happiest moment of my life,” Morris said.

Morris, who will be a dad in two weeks, says that moment will probably overtake winning State as the happiest day, but up until this point it always has been.

He also spoke on how special it was to be able accomplish such a feat alongside his brother, Jared Morris. Morris recalled his brother measuring a 400 meter track in their neighbors field when they were children.

“I guess we started preparing early for that moment in May,” Morris said.

“The seniors were always loaded for basketball, for us, it was like with track,” Morris said. 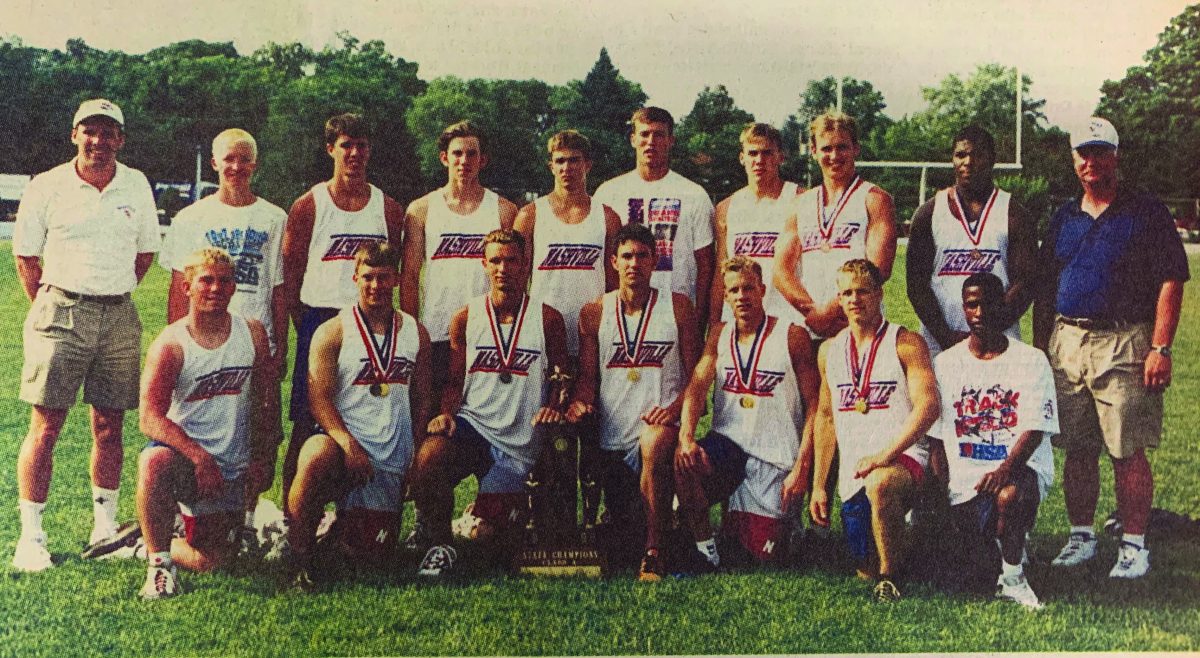