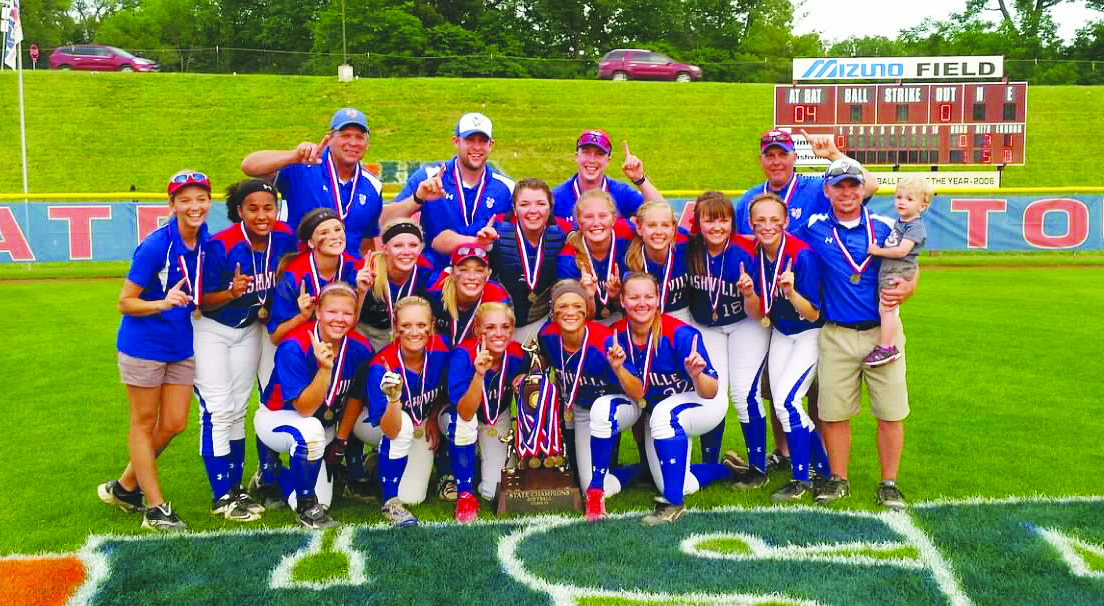 Coming off a 2014 season where the team finished with 35 wins and only 3 losses, there were some question marks heading into the 2015 year. The Hornette softball team was at the mercy of High School graduation, and the team had to say goodbye to an accomplished senior class. The 2014 team was made up of six seniors. While the team was able to compile 35 wins , they fell short against Carterville in the Sectional Final by a score of 2 to 1. It was a game in which the team was leading going into the final inning.

“I think a lot of people saw it as a rebuilding year because we had so many seniors graduate the year before,” said 2015 graduate Jordi Harre.

Harre, a senior at the time, was the team’s leadoff hitter as well as the starting second baseman.

“There were some question marks, we just didn’t know what we had with the freshman, but it worked out well” Witte said.

It was an accomplished senior group made up of Emily Thompson, Maci Ingram, Daley Buchanon, and the aformentioned Harre. It was a group which was part of the 2012 Championship team during their freshman  as well the 2013 team which finished third their sophomore year.

“We knew what we had with our seniors, we knew they were going to fight and compete,” Witte said.

The group did just that, and the Hornettes were able to win 29 straight games to open up the season. Coach  Witte had high praise for his upperclassman, a group which included senior Maci Ingram. Ingram was a four year starter for the team and was the starter for her team her freshman season in the State Championship game.

“She was a great pitcher, most of the time we knew if we got one run we’d have a chance to win, and if we got two runs we’d have a really good chance” Witte said.

Throughout her senior season, the pitcher posted a record of 33-2 while racking up 430 strikeouts along the way.

“When I took the mound I tried to be as empty minded as possible. If I started thinking about how good the batter is I am facing it would get in my head,” Ingram said.

A common theme when speaking to the former Hornettes was the rivalry with Carterville. As mentioned before, the team saw their season end in 2014 following a loss to the Lions. In the spring of 2015, the team traveled to Carterville for a game which ended up having to postponed due to inclimate weather. Although the game was cut short, the Hornettes were dealt a major blow on the injury front after Buchanon went down with a concussion.

“It was just a weird game,” Witte said.

A couple weeks later, the two teams met again in Nashville for a pair of games. The Hornettes saw their perfect season come to an end following a 2 to 1 loss in ten innings,accompanied by a 2 to 1 loss in twelve innings. With the perfect season coming to an end, the optimism was still their for the eventual State Champions. Weeks later, the team would have their shot at redemption when Carterville came to town for a Sectional Championship rematch.  In a contest that took nearly three hours to complete, the Hornettes were able to prevail with a 2 to 1 victory in fifteen innings. Throughout the game, there were only seven hits total: three from Nashville and four from the Lions. Ironically enough, Buchanon, who was injured in the first game, scored the game winning run.

“Every pitch was so intense, and we were able to scrape together one more run than they did,” Witte said.

Ingram admits the expectations started to become a reality following the Sectional Championship.

“It was the toughest game I have ever played in. They were by far our toughest opponent, and after won I knew we were going all the way,” Ingram said.

Coach Witte admits after a win with “so much emotion” it would have been very easy to lose focus, but not this team. Witte noted one of the qualities which stood out to him about his team was their ability to always stay focused. The team backed up Witte’s thoughts with an 8-0 victory over Fairfield in the Super Sectional Game. The Hornettes found themselves matchup up with a “very good Brimfield team,” in the Championship game. The extra inning theme continued, and the Hornettes yet again found themselves on the winning end. Coach Witte recalled, “(Mackenzie) McFerrron got on base and stole second. They threw the ball into centerfield and we just kept sending her.”

“The walk-off was exhilarating,” Witte said.

“Winning state was such an amazing feeling. That was the last game I ever played in high school, and coming out with a win was just the best feeling in the world,” Harre said.

The trio of Harre, Ingram, and Witte all harped on the camaraderie of the team, as well as their ability to play small-ball to go with good defense.

“As teammates, we were so close, strong, and trusted one another,” Ingram said.

While their were some concerns about scoring runs to begin the season, the team put those concerns to bed early on. Coach Witte explained his team took a lot of pride in small ball.

“We worked really hard on bunting, we spent a lot of time in the cage doing that,” Witte said.

The team ended up scoring first in 39 out of their 41 games. Ingram also stated how important it was for her to have a good defense behind her while she was towing the rubber.

“Knowing I had a team like that behind me made all the difference in the world,” Ingram said.

The team was also high on their base running and as Harre describes, “not running into outs,” as she finished her senior year with 63 stolen bases.

“We always tried to get the kids moving. If they were thrown out trying to take an extra base they would never get yelled at. We tried to be as aggressive as possible,” Witte said.

While the team put an emphasis on manufacturing runs,, Coach Witte explained something greater stood out about this group.

“They were all very coachable. They were smart, focused, and they could handle pressure. We also had a lot of players who could play multiple positions,” Witte said.

The three also had high praise for their coaching staff.

“Coach Witte and all the other coaches always had us prepared and we knew what to expect from every batter that stepped into the box,” Harre said.

Witte noted he “can’t say enough about his staff that was made up of Wayne Harre, Charlie Heck, Bethan Hinkle (McQuiston), and Patrick Weathers.

They were a phenomenal coaching staff,” said Witte.

The senior class finished their careers with 146 wins under their belts, which is an average of 36 a season.

“We had a great relationship,” said Witte. 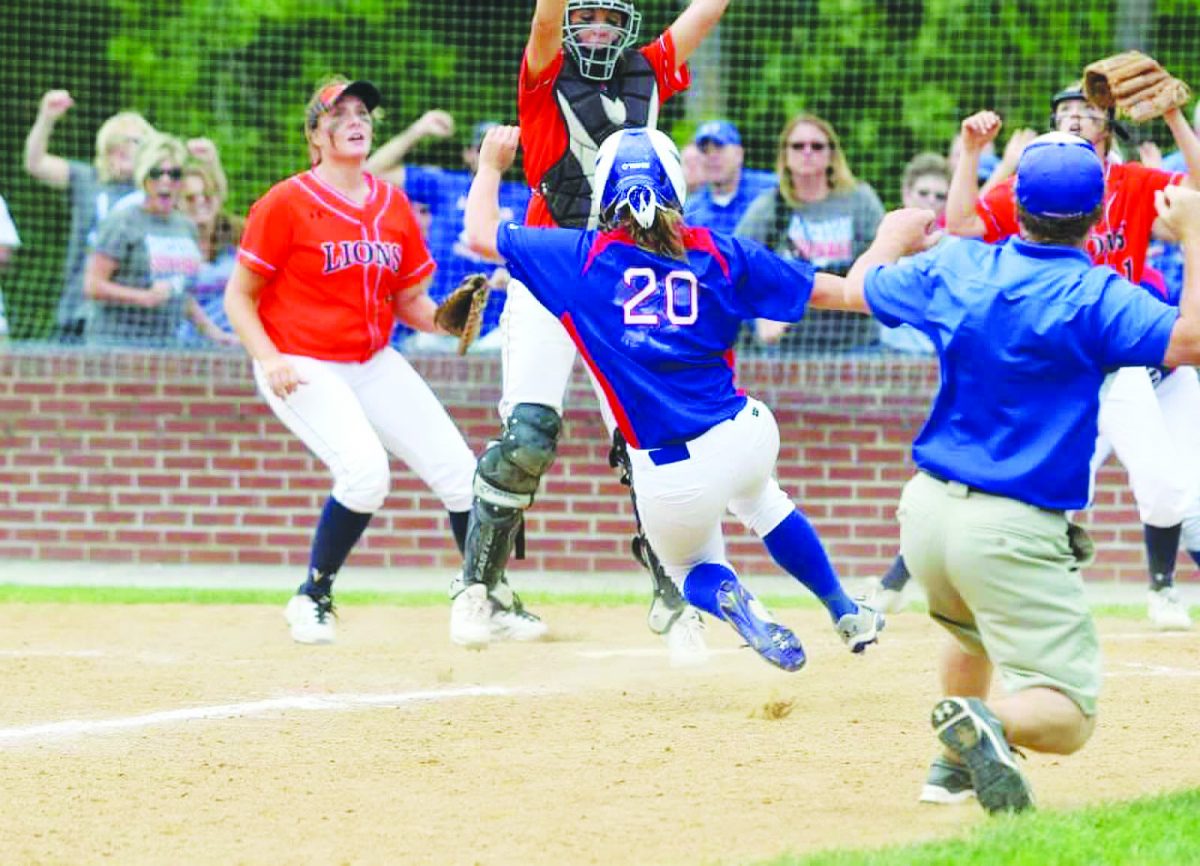