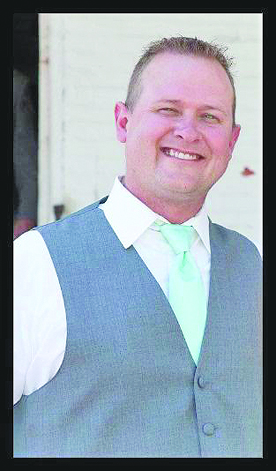 Brent was born on November 13, 1978 at Breese, IL, the son of Daniel and Janet (Meyer) Grapperhaus.

Brent worked in the maintenance department at Illinois Tool Works in Litchfield, IL.  In his spare time he enjoyed playing guitar and writing his own music.  He also enjoyed fishing, riding his motorcycle, and spending time with his family.  Brent had a true passion for attending different Renaissance and German Festivals and enjoyed a good craft brew from a local brewery.

Left to mourn his passing is his Wife, Kristyn Mayfield of Alton, IL; two sons, Vaughn

Should friends desire, memorials can be made to the Education Funds for Brent’s two son’s and will be accepted by the Campagna Funeral Home.