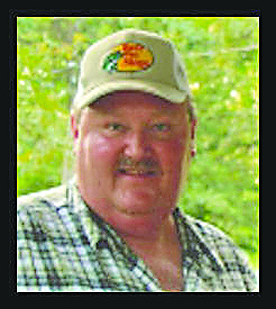 Mr. Jerry A. Borrenpohl of rural Addieville, IL departed this life in the Memorial Hospital West in Belleville, IL on Saturday, May 9, 2020 after a brief illness.  He had attained the age of 63 years and 22 days.

Jerry was born in Belleville on April 18, 1957 the son of Elroy and Gladys (nee Amschler) Borrenpohl. He was united in marriage to Rita Ross in the St. Salvator Lutheran Church in Venedy, IL on June 25, 1976 and she survives his passing.

Mr. Borrenpohl was a 1975 graduate of Okawville High School. Following graduation, Jerry enlisted in the United States Navy and served as an Aviation Mechanic at NAS Whiting Field in Milton, FL. Once Jerry left the Navy, he briefly worked at Streuter Chevrolet in Okawville, IL and at AG Terrayne. He then attended Kaskaskia College where he received his Associates Degree in Criminal Justice. Mr. Borrenpohl worked as a Corrections Officer for the State of Illinois at the Centralia Correctional Center, the Pinckneyville Correctional Center and at the Southwestern Illinois Correctional Center in Washington Park, IL, retiring in 2012. He then worked for AIS Security at the Prairie State Energy Campus in Lively Grove, IL until his retirement in March of 2019. Mr. Borrenpohl was proud to have served as Sheriff of Washington County, IL from 1994-1998. Jerry was a faithful member of the St. Salvator Lutheran Church in Venedy and was a former member of the Washington County Young Republican Club. He enjoyed gardening, camping and was known to enjoy an ice cold Stag Beer. He was an avid fan of LSU Football, but most of all he loved spending time with his grandchildren.

In addition to his parents, he was preceded in death by a son, Jeff Borrenpohl; a daughter, Jill Borgmann; his father and mother-in-law, Richard and Ardella Ross; and a nephew and Godson, Jason Borrenpohl.

Due to Covid-19 health concerns, a private funeral service will be held.

In lieu of flowers, memorials may be made to the St. Salvator Lutheran Church in Venedy and will be accepted by the Campagna Funeral Home.