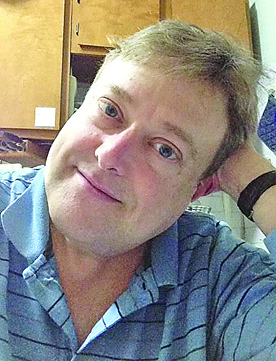 Michael “Mike” Allen Schnitker, 58, New York, NY, formerly of Wichita, KS,  passed away peacefully into the arms of Jesus on Tuesday, May 5, 2020, at the age of 58 years old. No more pain and suffering and he’s singing with the angels!

Mike’s life began on April 21, 1962, the son of Richard and Betty (Weber) Schnitker in Evansville, Indiana. He graduated as Valedictorian from Buhler High School Class of 1981. He continued his studies and received his Bachelor’s Degree in Business at Bethany College in Lindsborg and also became a CPA. Mike was a Commodities Trader for Koch Industries in Wichita.

With his work ethic and skill set it later took him to trade for a bank in New York City. After Mike became disabled, he continued to enjoy being a Day Trader. His hobbies included music, playing the piano and organ, and he loved movies.

A private family memorial service will be held at a later date.