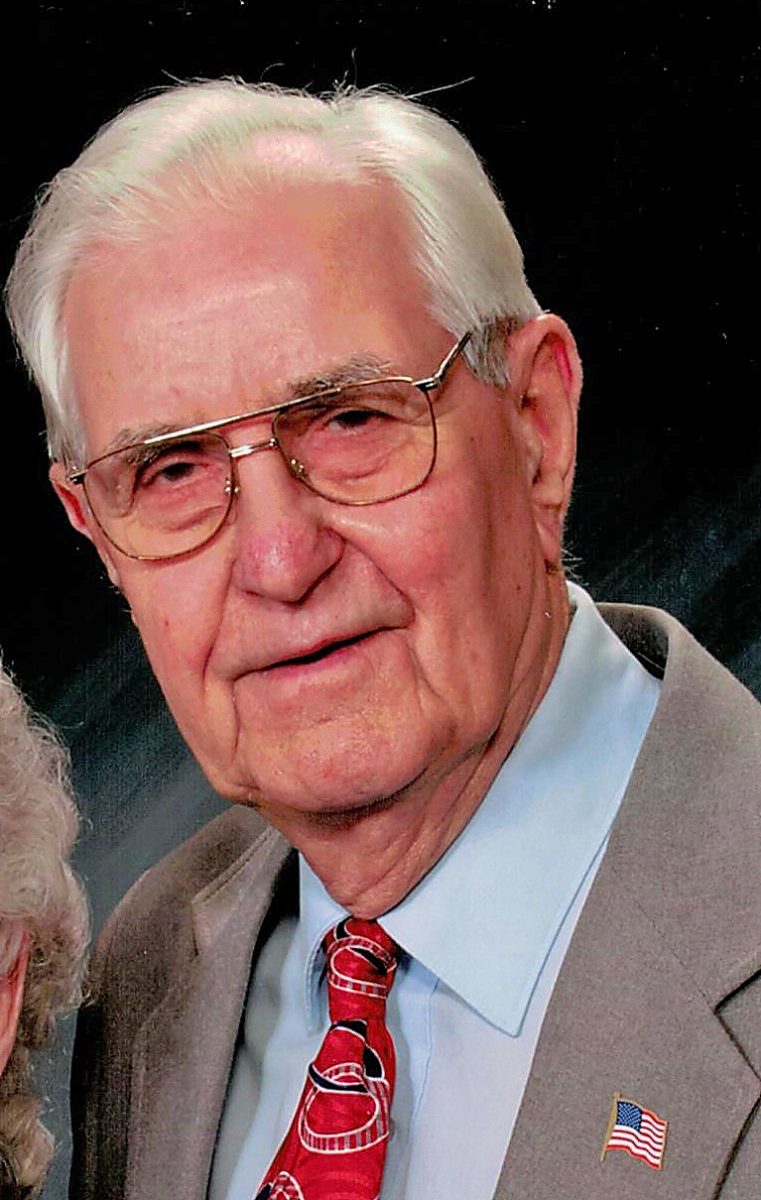 Alvin Henry Aussieker, 98 of Hoyleton, passed away at 7:03 a.m. on Wednesday, May 13, 2020 at the home of his daughter Ruth and husband Mike Czerwonka where he had lived for the last 6 years since leaving the farm.

Also preceding him in death were his parents, a grandson; Adam Ondo, 2 brothers; Ezra and Vernon Aussieker, 2 sisters; Helen Fannon and Mildred Rathmacher and a niece Marie Perzinskas.

Alvin was a Navy veteran of World War II and a lifelong farmer around Hoyleton.  He was a member of the former Hoyleton American Legion Post, Washington County Farm Bureau and Washington County Sportsman’s Club. Alvin was a caring and loving husband, father and grandpa.  He was a hard working farmer and retired after a very successful career to enjoy traveling with Betty, especially with their RV to Florida to visit his son Donnie and his family. He so enjoyed spending time with family, especially playing pinochle, and he was a fierce competitor, even at the age of 98!  His all time favorite place to eat was at the Dairy Queen in Nashville.  He will be very missed by all who knew and loved him, and there are many. His family and friends take comfort in knowing that Jesus Christ is his Savior, and he is now in the presence of the King. Alvin worshipped at the Lighthouse Community Church in Nashville.

A private service will be held at Styninger Funeral & Cremation Chapel in Hoyleton with military rites accorded by the Nashville American Legion Post #110. Celebration of life will be held at a later date. Memorial contributions may be made to Hospice of Southern Illinois.

Styninger Funeral & Cremation Chapel in Hoyleton is in charge of arrangements. Since a public visitation is not possible due to the Governor’s executive order on group assemblies, expressions of sympathy are encouraged and may be left on the tribute page of Alvin’s obituary at www.styningerfuneralhomes.com or on the funeral homes Facebook page.