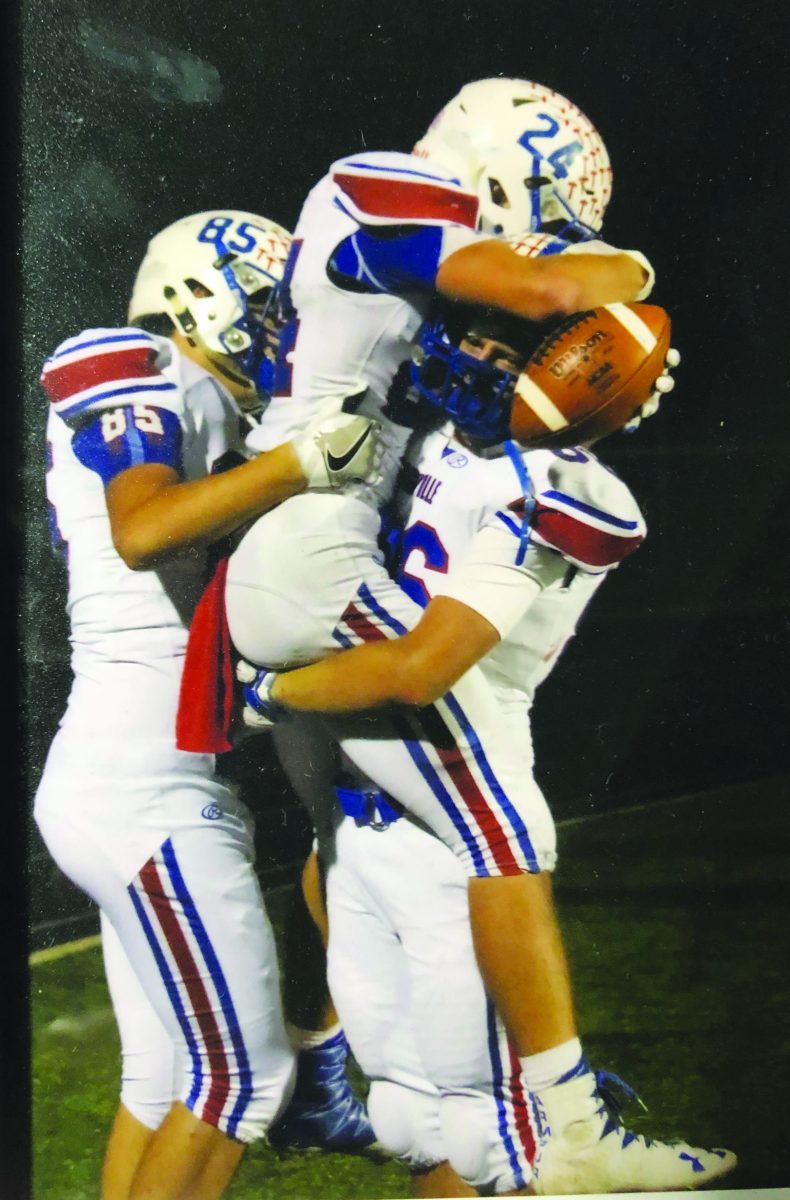 We have all heard the saying, “play until the final whistle blows.” The 2016 Hornet football team is a prime example of how that famous saying is true. On October 7, 2016 in a game at Pinckneyville, the team was able to win 36 to 35 in double overtime. Although the score ended in Nashville’s favor, Hornet fans experienced their fair share of heartache throughout the game.

Going into that week, the team was riding high as they were fresh off of beating Carterville, a team they had struggled to beat in the previous years.

Following the marquee victory, the team had a lackluster week of practice leading up to the game against the Panthers.

“Yeah, it was not a good week,” said Ethan Reid, also a senior at the time. Heck described the week of practice as “cruise control.”

Coach Tim Kuhn, who coached the team from 2012-2016, was unsure of how his team would perform.

“I was driving home from work the Thursday before thinking that we were going to get wrecked. When we are playing them you can pretty much throw out the records. It’s always going to be physical and down to the wire,” Coach Kuhn said.

The coaches fears became a reality as the team quickly saw themselves down 21 to 0 at the half. Although most agree Coach Kuhn was never short of words, the Head Coach was quiet at the half. The half was full of mental errors.

“That’s when we knew he was upset,” said Andrew Kash, the senior quarterback who was one of the voices who spoke up in the locker room at the break.

While Coach Kuhn was upset, it did not stop the thoughts from racing through his head.

“I just thought, okay, are these guys really better than Carterville,” said Kuhn.

While the locker room was relatively quiet, the Hornets knew what they had to do to get back into the game.

“We went from the highest of highs to the lowest of lows, but we knew what we had to do” said Heck.

Before the half, Coach Kuhn asked his team a big question; how do you want to be remembered? We had ten minutes to get it together mentally. The team had been in a similar situation in the first game of the season against Carlyle.

“We knew we had been there before,” Reid said.

The second half painted a much different picture for the visiting Hornets. Down 21 to  0, the Hornets began clicking on all cylinders in the third quarter. Nashville was able to get on board following a 30 yard connection between Kash and Reid. A bubble screen turned score by Neil Kachuba put the Hornets within one score before another touchdown by Reid evened the score at 21. Nashville won the coin toss and elected to receive the ball first. The Hornets were able to score on the first play of overtime as Reid found his way into the end zone for his third touchdown of the game. The Panthers were able to counter with a touchdown of their own, and they were prepared to end the game with a two-point conversion. A pre-snap penalty pushed the Panthers back and they were forced to kick a  field goal to tie the game once more. In the second overtime, it was Pinckneyville who was able to score first, and the Hornets had their backs up against the wall. Nashville stayed alive with another Reid touchdown, but the team was not going to settle for another overtime.

“We’re getting out of here,” Kash said in regards to the team’s decision to go for it.

Kash and Reid were able to work their magic again, as the tandem connected for the two point conversion to seal the deal for Nashville with a 36 to 35 win.

“It was the coolest thing I’ve probably ever done in my life,” Reid said.

“It wasn’t just the offense, but the defense and special teams were really good that game too,” Kash said.

The onside kick may have came as a surprise to some, but not to the coaching staff. The way the Panthers were lining up on kickoffs was something that caught their attention, and they were able to exploit it.

“We kicked it to the right side, and there wasn’t anyone within ten yards of it,” Reid said.  Coach Kuhn continued, “My wife was standing next to some of my former players, and she called the onside kick.They said no, Coach Kuhn wouldn’t do that in a hundred years,” Kuhn said with a laugh.

Two weeks later, the team’s season came to an end following a 33 to 30 loss to West Frankfort. The team missed the cut by four points.

“It still bothers me that we were not able to make the playoffs with that group,” Kuhn said. “But that game was hands down a top ten game I’ve ever been a part of. The coach later joked, “I still bug those guys from time to time. It’s not just a four year thing, its a 40 to 50 year commitment.”