Tell Me Something Good

Growing up in a family with medical professionals has in uenced generations of future doctors and physicians.

Dr. Ralph Kelley was a physician in Nashville from 1968 to 2002, and his family said there are now 14 doctors in four generations and several other medical professionals.

“Growing up in a medical family was definitely a little different,” son Dr. Zane Kelley said. “Not only were my dad, uncle, great uncle, great grand- father and multiple other family members doctors but my mom was a nurse as were both of my grandmothers. My dad de nitely encouraged all of us to go into medicine.”

When they decided to fol- low in the medicine footsteps varied. Lexy said she knew early on but leaned toward research for a while. Both Har- lan and Lexy both went to the Southern Illinois University School of Medicine.

Dr. Harlan Kelley said he didn’t know until he  finished

Dr. Lexy Kelley now works in Atlanta in a women’s health device clinical research. After she completed her pa- thology residency at Emory, she had previously worked in both pharmaceutical and device research.

The draw to the reservation was also something that was very important to them, Dr. Harlan Kelley said.

Our family has always had an affinity for the West, and myself for the Southwest, where I was able to pay back a scholarship with federal service,” he said. “I decided to stay after the commitment

Zane said he was able to  find a job in Tuba City and Flagstaff immediately after his fellowship. He continues to live in Flagstaff and commute, both his work and his home are just an hour’s drive from the Grand Canyon.

“My family is part native on my mother’s side,” Dr. Zane Kelley said. “I always wanted to end up in the Southwest.”

The Navajo Reservation is reporting the highest infec- tion rate of COVID-19 in the country, surpassing New York

Many experts believe the rate of infection is so rapid due to the number of family members sharing living spaces.

“On the Navajo Reservation this is largely due to numerous multi-generational families living under one roof; social distancing is much harder to accomplish,” Dr. Harlan Kelley said.

“I think the infection rate on the reservation is high mainly due to the large number of multi-generational homes,” Dr. Zane Kelley said. “Also running water is not common on the reservation. I know multiple healthcare providers who have contracted infectious diseases from patients including Hepatits C and Tuberculosis. However, now the threat of contracting a disease at work is more concerning than ever. Doing even the most simple procedures at work is now complicated and involved.”

How best to protect ourselves during the current health crisis is to consider how social interactions are related to the spread of the virus.

“Overall, the shelter in place should be enforced in the elderly and those with comorbidities.  As the rest of the population is at much lower risk the shelter in place orders are not being adhered to as they should,” Dr. Lexy Kelley said. “If everyone makes common sense decisions on a daily basis to protect themselves and others the relaxing of restrictions will be less likely to result in an upswing in case numbers.  Although the hope of an effective vaccine is an admirable goal, it will not be entirely effective.  Along with the vaccine we need to work toward effective (and approved) antivirals.”

“Until an effective vaccine and/or treatments are available, quarantining is our most effective strategy to limit the spread and health consequences of the virus. If or when you must break from quarantine, it’s imperative to maintain social distance,” Dr. Harlan Kelley said. “Our ability to maintain social distance will help to reduce the chance of a second wave, and get us to the point in time when an effective vaccine may become available.” 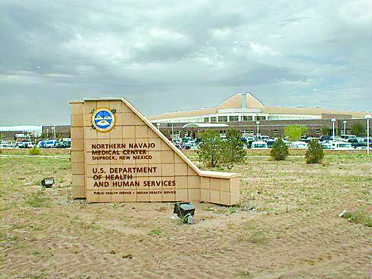