Greenville University continues to carry on the legacy of the late former volleyball player Allyson Grabowski. After several gestures of remembrance throughout the season, the university decided to construct a brand new sand volleyball court in her honor. The court will will be named “Allyson Grabowski Memorial Court.”  Grabowski played three seasons as a member of the women’s volleyball team before tragically losing her life in an automobile accident in 2019. Grabowski’s mother, Kari Grabowski, talked about how much this court would mean to her daughter, as she remembered her playing at Nashville Coach Josh Konkel’s house frequently during the summers.

“She was out there every summer playing on their sand volleyball court,” said Kari.

Grabowski played volleyball for the Hornettes all four years of High School before taking her talents to Greenville in the Fall of 2016. Josh Konkel, who coached Grabowski for four years, talked about how the court will exemplify her passion for the game.

“I think it will be a great addition to the university and a wonderful way to honor Allyson’s passion for the game,” said Konkel.

The university sparked her interest from a young age, specifically the 7th grade. That is when she first met Tom Ackerman, who would eventually become her Head Coach at Greenville.

“They’ve been coming to camps here for forever,” said Ackerman.

It was then she knew she wanted to be a Lady Panther.

“She loved Greenville. She came home from camp and said that’s where I want to play. She knew what she wanted to do. Allyson was one of those people who always had a plan,”  Kari said.

Although Grabowski could have graduated college after three years, she decided to pick up a Chemistry Major in an effort to play out her final season of eligibility. She was also a club volleyball coach and heavily involved with volunteer work.

The new attraction will be sure to catch the eyes of the public. Coach Ackerman explained they are always adding new pieces to the project, but the hope is to be done by July 1, 2020.  There will be a pavilion which provides seating as well as a spot for the students to play bags. Ackmerman also spoke on the idea of adding a fire pit.

“We just wanted a place where the students could go,” Ackerman said.

The recreational area will also feature a 5 foot 6 inch sign which stands exactly as tall as Grabowski was. The sign is scheduled to be installed early this week.

The project is projected to cost roughly $50,000, but there was no shortage of people wanting to get this up and moving. The idea began during the volleyball season, and ground was broke early this winter.

“We have tried to do something like this before, and the university kind of shut it down, but we threw Allyson’s named on there, and it got approved. She touched a lot of lives,” Ackerman said.

The revenue came from several different sources. A Go Fund Me page was established, and Grabowski’s family raised money through T-shirt sales. The women and men’s volleyball team also did their part in the raising money with several different fundraisers of their own. A little over $38,000 has been raised along the way, and the expectation is the university will cover the remaining funds.

“It just shows what she meant, it was really fun to be a part of. It was an outpour from many people,” Ackerman said. Kari Grabowski echoed that comment. “Everybody stepped up to make it happen.”

The sand volleyball court is just one of a laundry list of moments the university has used to pay their respects. During the past season, the team wore patches on their jerseys which said “We Play For Ski.” On their Senior Night, the entire crowd participated in what Coach Ackerman called “Silent Night.” Throughout the early part of the match, the crowd remained silent until the team scored their twelfth point,  symbolizing  the number Grabowski sported. As mentioned before,the hope is for the project to be completed July 1st, 2020 and will be located in the middle of the dorms on the Greenville Campus. 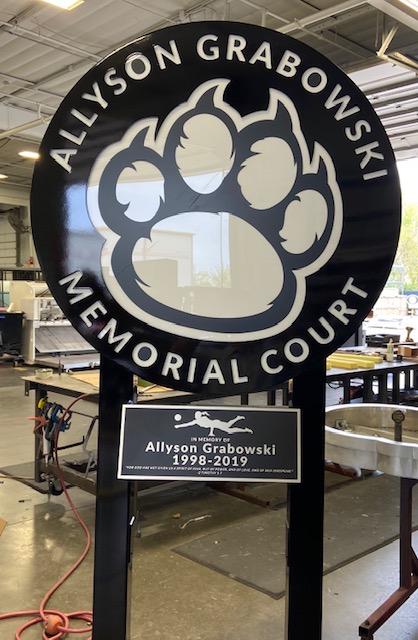 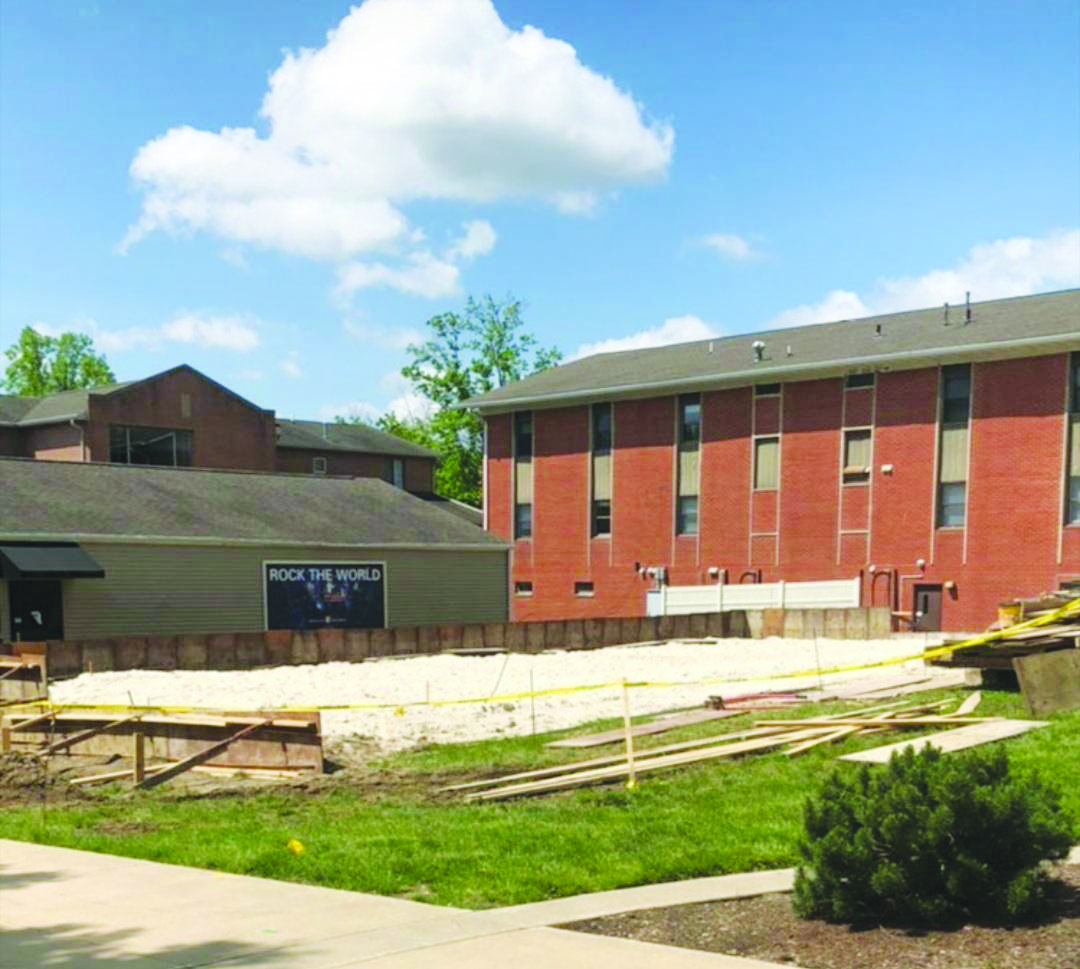