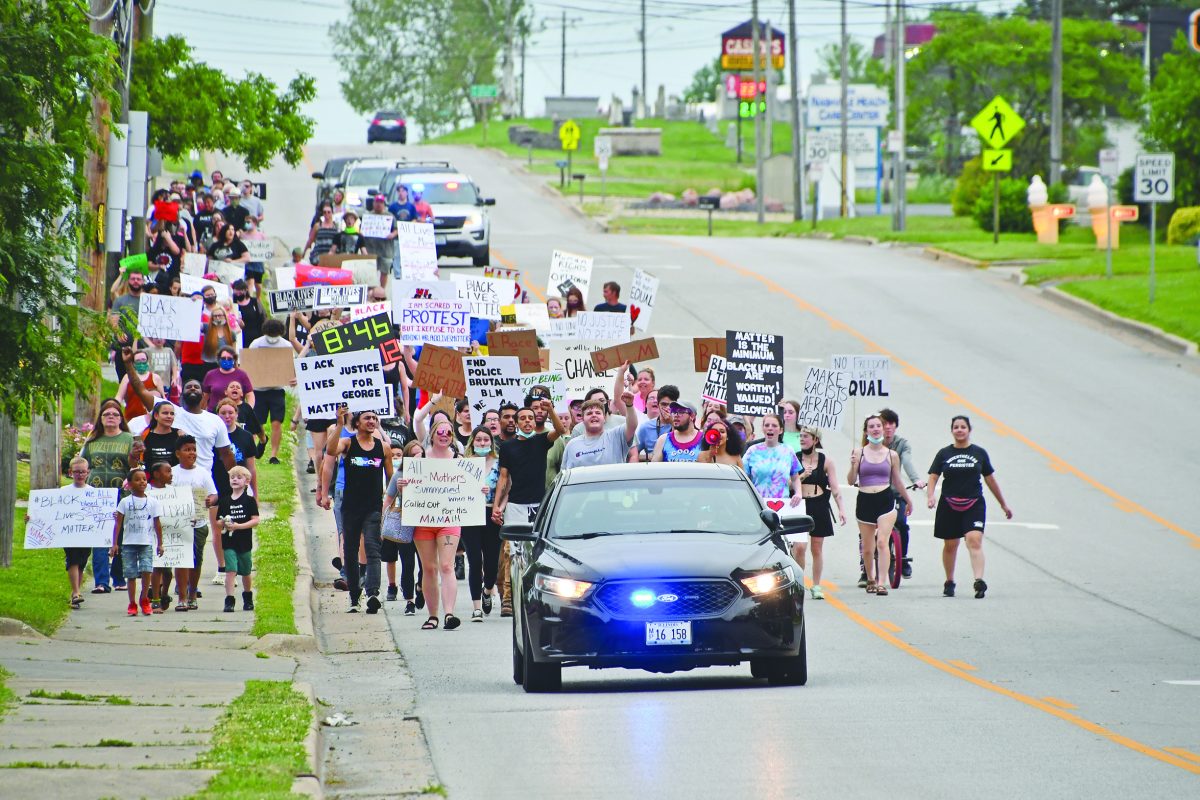 Police escort more than 100 protesters as they make their way along Route 127 in Nashville on Monday evening.

Janisha Bailey stood up on the bed of a red pickup truck, raised a pink “Unicorn Horn” to her lips and gave out a rally cry in hopes that no one else would have to experience injustice.

“The racists things I hear everyday has got to stop,” she yelled, and the crowd cheered.

Bailey, 17, of Nashville organized a Black Lives Matter protest demonstration on Monday, June 8. Starting at the Community Center of Nashville, the group of more than 150 people walked along Route 15 and then Route 127 as they shouted for equality, peace and the end of police brutality, among other racial injustices.

Bailey led the rally with a quote from a Tupac Shakur song and then led the group to Nashville Community High School, where they kneeled for nine minutes in memory of George Floyd, who died after an altercation with police in Minneapolis.

National protests have been organized to condemn the treatment of blacks in America. Bailey said she wanted to organize the event as a way to help others understand the plight that many men and women deal with everyday.

“I am just here to raise awareness for this cause,” Bailey said. “From the things that I have experienced when I was younger and the things my mother has experienced with racism, it is just something that I don’t want anyone else to have to experience.”

Protestors came from throughout the area to participate. Annette Williams said her march in Nashville was her sixth protest. She has also participated in events in Mt. Vernon and St. Louis. She said she was surprised to find so many other protestors at the demonstration.

“What I’ve always heard about Nashville is that we’re not allowed here,” Williams said.

Williams said she hopes that others seeing or taking part in the march will be willing to take a step back and reflect on how they treat others.

“I hope that it inspires them to try and get to know someone who isn’t like them,” she said. “Just try to open your heart a little bit, just love.”

Cathy Luczaj Combs of Oakdale said racial equality has been an issue that she has always believed in, and she wanted to participate in the Black Lives Matter event to show her support.

“It is something that I’ve always supported,” she said.

Combs said she has family members who are in law enforcement and who are black and the turbulent times makes her “afraid for both of their lives.”

Janisha’s sister Aaliyah Bailey, who is a candidate for the Missouri State Representative District 64 office, spoke at the end of the demonstration about the importance of events in small towns like Nashville and how they can help be “the change they want the world to be.”

Janisha Bailey said she was very happy with the turnout and she was thankful for everyone who helped make it possible.

“I am speechless,” she said. “I am just happy that everyone came out to help support me and this movement.”

There were a few counter protestors during the event, but no incidents were reported to police. 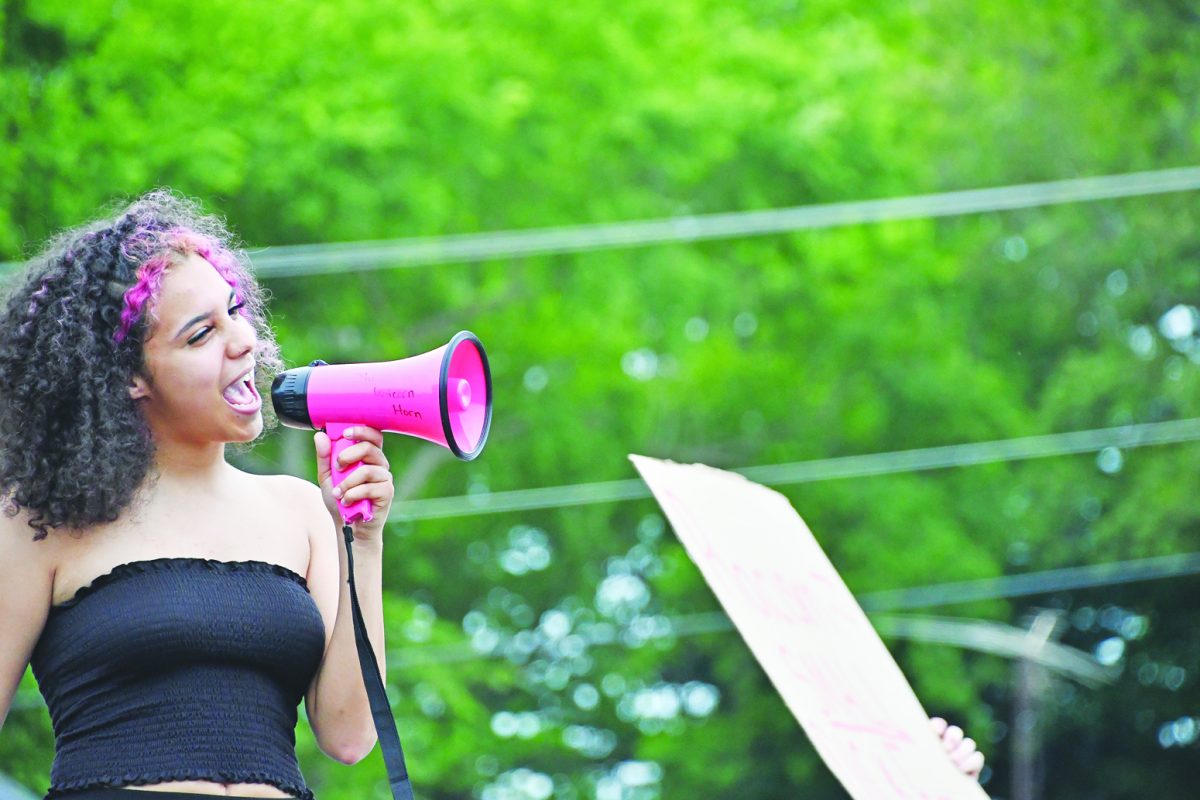 Organizer Janisha Bailey, 17, of Nashville participates in a chant at the Community Center

During a stop at Nashville Community High School, they kneeled for nine minutes in silence to remember George Floyd, who died in Minneapolis on May 25 during an altercation with police. 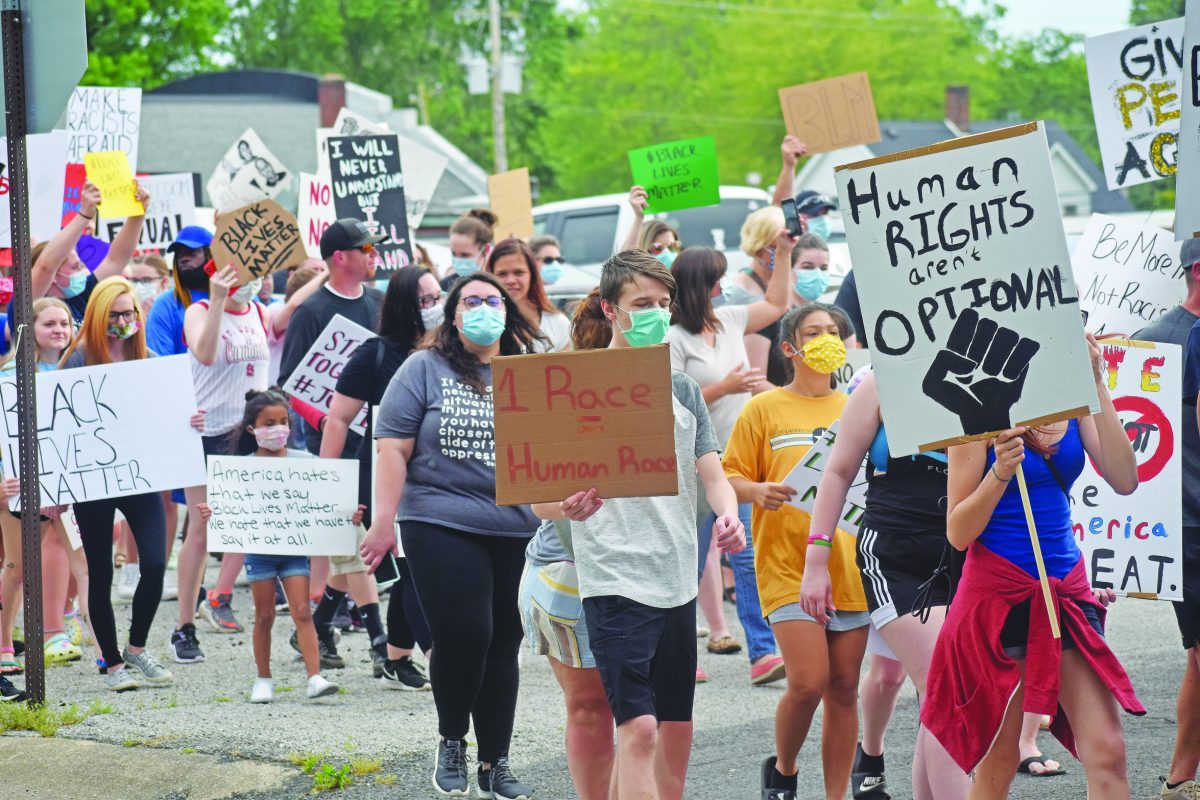 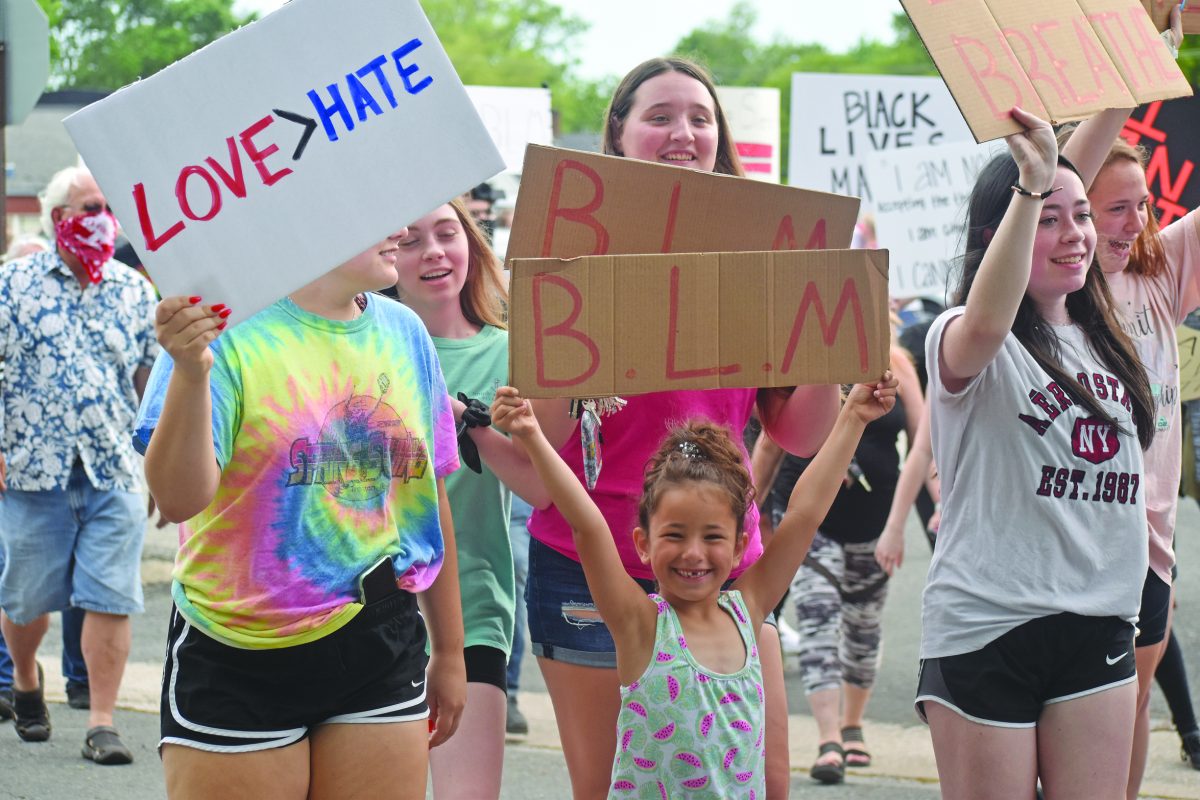