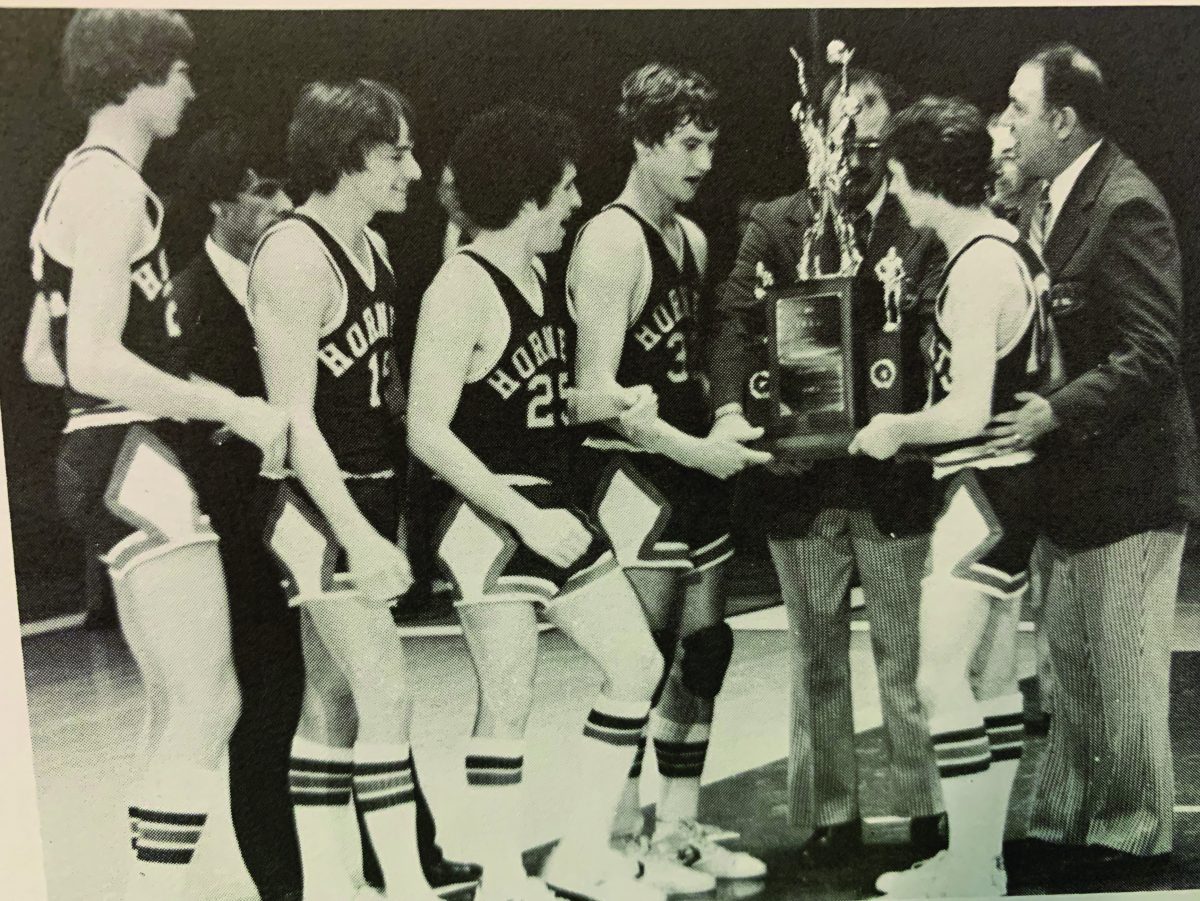 The five starters for the Hornets are presented with the State Championship trophy following a 54 to 38 win over the Havana Ducks.

Just over 42 years ago, on March 11, 1978, Hornet basketball found its way into the record books. For the first time in the storied tradition of the program, the Hornets tasted glory following a 54 to 38 win over Havana. At the time, it was only a two class system, the Hornets residing in Class 1A. The Hornets were then in the Southwestern Egyptian Conference. The group played under the guidance of 29-year old Head Coach Bob Bogel.

“He really let us play, we appreciated that. He really grew up a lot in those three years,” said Barry Morris, one of two senior starters for the team.

He was assisted by 26 year old Don Hawkins along with Dick Ruggles. Even at young ages, the coaches had experience working together. It was Hawkin’s first season in Nashville, Bogel worked under him as an assistant football coach. The Hornets were coming off of a successful season, but fell short in the Sectional Title game. Although the team lost a good group of seniors, the goal remained the same for the ‘78 team.

“That was our goal, to get back,” said Mike Borowiak, one of three senior starters. “I would say they were pretty lofty,” added John Jankowski, who was a 6’7 junior.

Borowiak, Paul Patton, Barry Morris, Roger Steig, and Jankowski were the five players you would see take the court to begin the game. Rich Deering, Keith Maschoff, and Randy Ruggles were also key contributors off of the bench.

“We had a strong bench,” Morris said. Jankowski reverberated those comments, “Were they going to come off the bench and score a bunch of points? No. Maybe 5 or 6, but they did their jobs.”

Before their games even started, there was one thing sure to catch the human eye: height. Juniors Steig and Jankowski were nicknamed “The Twin Towers.”

“When you have two guys who are 6’7 and 6’8, it definitely does not hurt,” said Jankowski.

As for Borowiak and Morris, who both stood  at 5’10, their plan was different.

“Our job was to get the ball to the big guys,” Borowiak said with a laugh. “Coach actually yelled for not shooting it because he thought they were going to back off, but I was like relax, we will get it to them,” added Borowiak.

Opposing teams also weep at the idea of the vaunted 1-3-1 press. Borowiak pressured the ball handler at the top of the key. The defenders were then met by Steig, Jankowski, and Patton at the free throw line. Morris stood underneath the basket. It was not something the Hornets did not use often due to the fear of teams being able to prepare or expect it.

As is every team who has had success, the group had a “tight” relationship on and off the court which is partially credited for the success. Another quality which stood out to Coach Hawkins was their ability to learn from situations as well as their commitment to the team.

“They were so much a team. They were willing to sacrifice everyday,” Hawkins said.

Another recipe for success was lock down defensive.

The dream season began with a 92 to 55 laugher against Greenville. While the Hornets were meeting expectations, it was the fashion in them doing so that should not be ignored. Throughout a five game stretch early in the season, the Hornets’ closest game was still won by 16 points. Although the eventual Champs did not encounter much adversity throughout the regular season, there was a stretch roughly at the midway point where one could say they were scuffling. Just before the Mater Dei Tournament, the team traveled to Mater Dei and fell victim to a last second shot, losing the game 67 to 65. It was their first loss of the season. Days later, the  group fell short against Madison in the Mater Dei Tournament championship game. Although the team tallied their second loss of the season, Patton was credited for 32 points on 13 of 15 shooting. Nicknamed, “The Pure One,” the senior scored 18 straight in the effort. The Hornets lost another nail biter to Paris in the Salem Tournament, but to the happiness of the Hornet faithful, it was the last time the team racked up a loss. The team group finished the tournament by defeating Cahokia and Newton.

“At the time, it was like oh crap, but then we beat two bigger schools in the Salem Tournament and we were like okay we’re good,” Morris said. Coach Hawkins continued, “I wouldn’t say it was adversity because there was nothing this group couldn’t overcome.  It was always about what we can do to get ready for the next game.”

Nashville went into the Mater Dei Regional with a record of 22 wins and 3 losses and were rated as the top team in their respective bracket. The other teams were Okawville, Breese-Central, Mater Dei, and Carlyle. The team cruised to double digit victories over Okawville and Carlyle to claim the Regional Title. Securing victory in the Regional meant more home games for the Hornets, as Nashville hosted the Sectional. In their first game of the Sectional they were matched up against Cairo. To get to the final, the group would have to withstand the likes of “Big Oak,” Otha Watkins, who matched the height of Steig and Jankowski. The home team fell behind early, and their deficit reached double figures at the half before downing Cairo in the second half to move to the Super Sectional. The Hornets overcame the Pilots on the scoreboard following a free throw from Jankowski. Nashville returned to winning in dominant nature in the Sectional Championship in the form of a nineteen point win over Pinckneyville. Nashville was then tasked with Metropolis. The group punched their ticket to Assembly Hall in Champaign following another nineteen point victory. In the State Quarterfinal, the Hornets went up against Mason City. Nowadays, teams are guaranteed two games. In 1978, it was required to win your Friday game before playing Saturday.

“There was no guarantee we’d play Saturday, it was win or go home,” said Jankowski.

The Hornets advanced to day two after taking care of business against Mason City. New Lenox Providence gave the Hornets all they could handle in the first half, and the Hornets found themselves trailing by fourteen at the intermission.

“I remember coach telling us, guys, we are only down seven baskets,” said Borowiak.

The Hornets made a second half charge to advance to the State Championship game. Steig was the high point man in the effort as he chalked up 24 points as well as the go ahead bucket. Hours later, the 28-3 squad squared up with the Ducks of Havana. It was a tight contest throughout , but the Hornets broke out the famous trap defense in the second half to pull away.

“We took it right away,” said Morris.

History was made with a 54 to 38 victory. It was the first and only championship the men’s basketball program has ever won. Coach Hawkins recalled having practice the day prior to their Friday matchup against Mason City. He believes the lack of free time and thought during the weekend aided their team. Following their game on Friday night, they had to turn around and play two games on Saturday.

“We didn’t have anytime to think about anything or be nervous, we just went out there and played,” added Hawkins.

It was the first and only time the program had won first place in a storied tradition. .

“I take a lot of pride in that,” Borowiak said. Coach Hawkins continued, “It’s a once in a lifetime opportunity. It just means it worked out. Everything has to line up, and it did.” 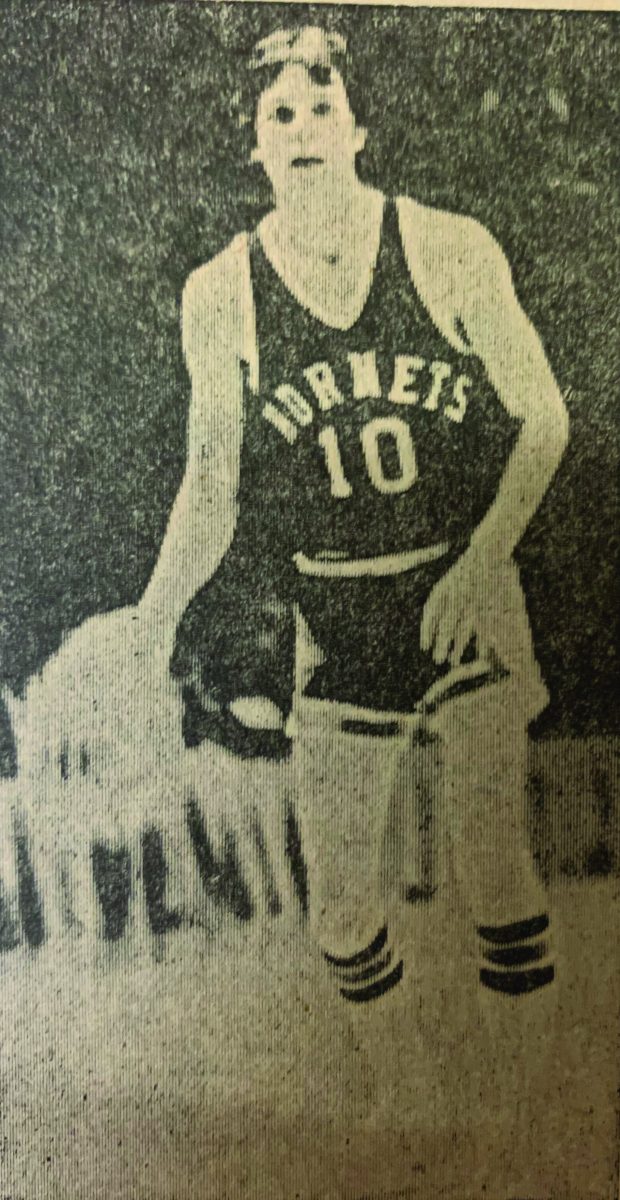 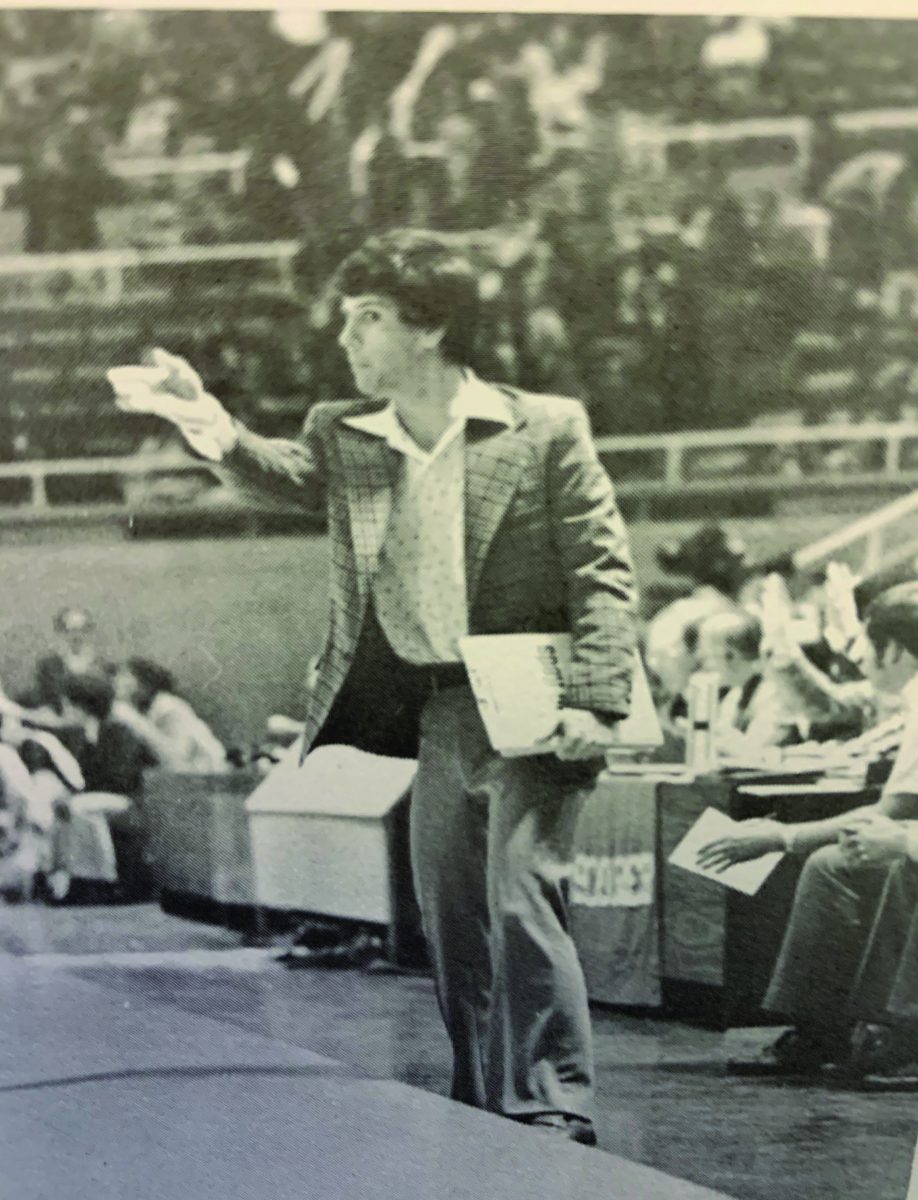 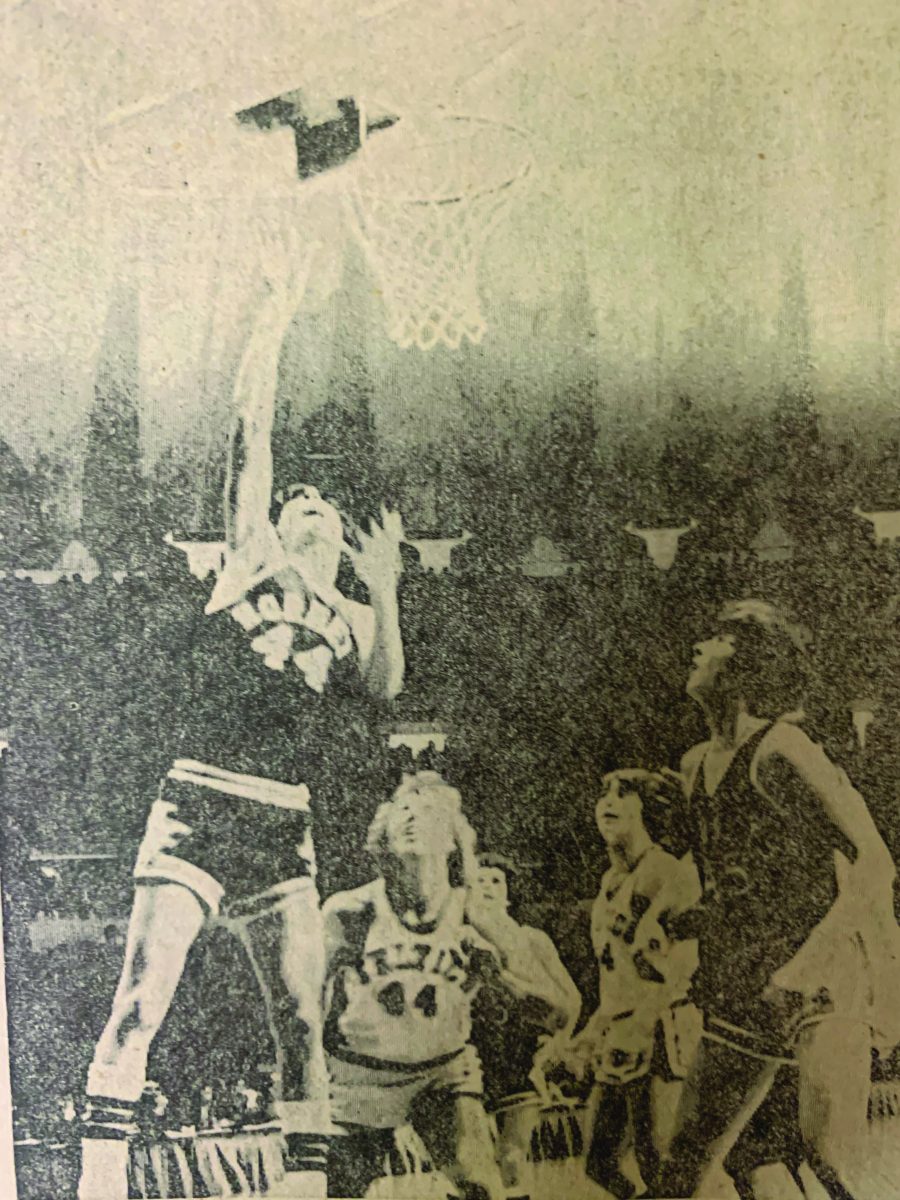 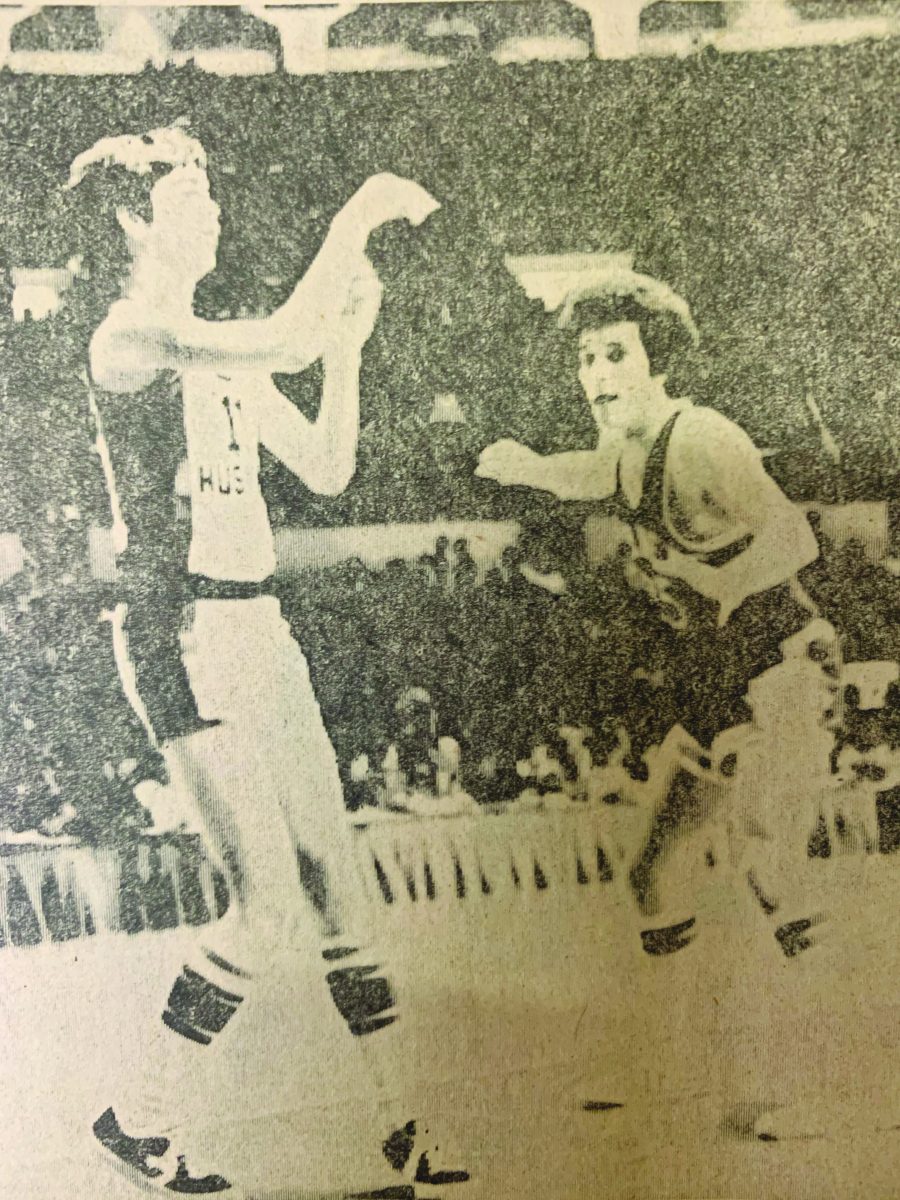