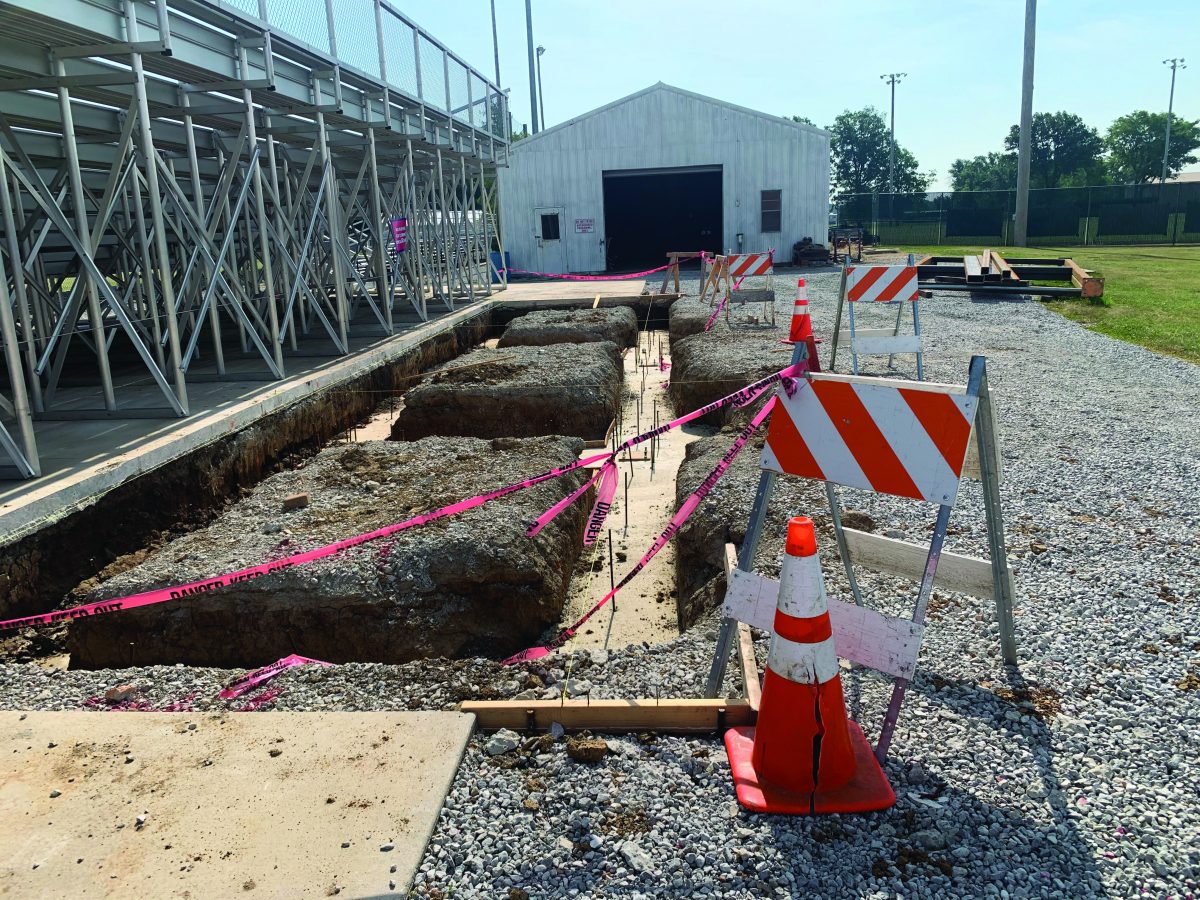 The construction of the new press box by the Nashville football field as of June 22nd. The new building will be located behind the home fan seating.

There is much anticipation  as well as unknowns heading into the 2020 football season. With that being said, one thing is almsot certain, Hornet fans as well as opposing visitor’s will be able to feast their eyes on a new press box. Where the old one is located behind the visiting team’s bleachers, the new one  is currently being built behind the Nashville fan section. Hornet Head Coach Stephen Kozuszek noted while there are no specifics on the timeline, they are on track to be done prior to the start of the upcoming 2020 season. Although it is fairly early in the construction process, thus far the crew has poured the footings, this week the steel frames will be installed. He took some time to explain some of the new features of the establishment.

“The lower level will include storage space, and the upper level will be broken into three areas, with rooms on opposite ends to house the home and away coaches, and there will be a larger press area in between both of those rooms,” Kozuszek said.  He continued, “Thanks to all of the families and businesses for their generous contributions toward the project, as well as the numerous people within our school and  community who have directly played a part in getting the press box to its final stages of completion.”

Stiegman Construction out of Nashville is performing the construction. Donations are currently being accepted for the project, and all payments can be mailed to: