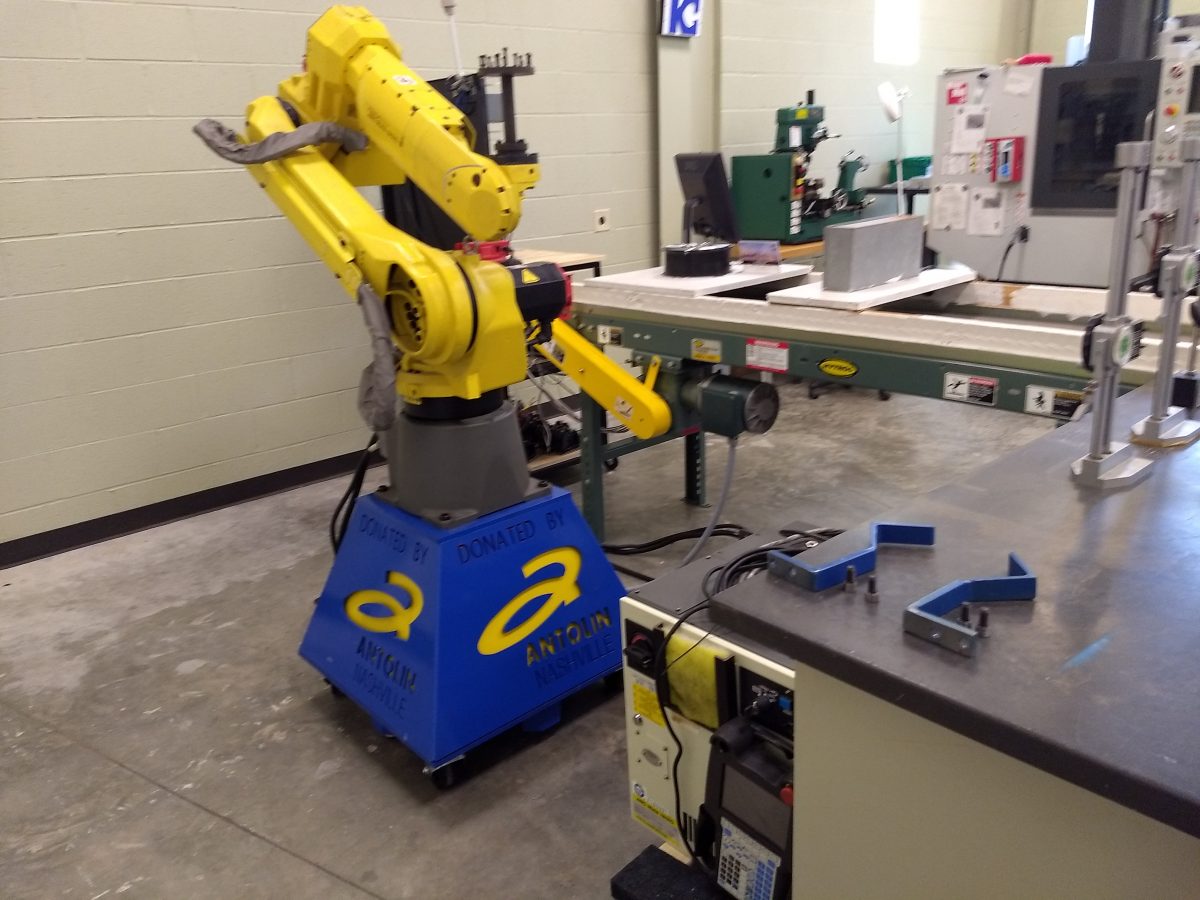 The Kaskaskia College Industrial Technology and Automation Department recently received a 6-axis articulating arm robot from Grupo Antolin in Nashville. The robot was previously used to install hardware on interior trim parts made for GM and was purchased in 2015. The KC program will be modifying the robot for use with a gripper to use for material handling. This will be the program’s third robot, as well as their largest and plans are to integrate it with an automated conveyor system for use in the following courses: INDT 190 Industrial Robotics, INEI 115 Instrumentation and Process Control, INDT 276 Industrial Electronic Control Systems, and INDT 280 Programmable Controllers.

Professor Lyle Gross says of the donation, “We are very appreciative of the generosity of Antolin Nashville in donating one of their industrial robots to our program. Over the past three years we have really focused on improving automation training within the district. The students will certainly benefit from being able to integrate this industry-sized robot with conveyors and other equipment. It also gives visitors to the program a more realistic glimpse into the types of equipment they will see upon graduation. Our program now features three articulating arm robots which allow students more time to master programming and equipment communication. The Kaskaskia College district features a number of industry partners with vast amounts of automation. This is just one example of the strong relationship between the college and our industry partners”.

The largest feature of the robot over the small training robotics is its ability to be integrated with other processes to allow the machines to communicate with each other. Gross adds, “This is an important industry application.”