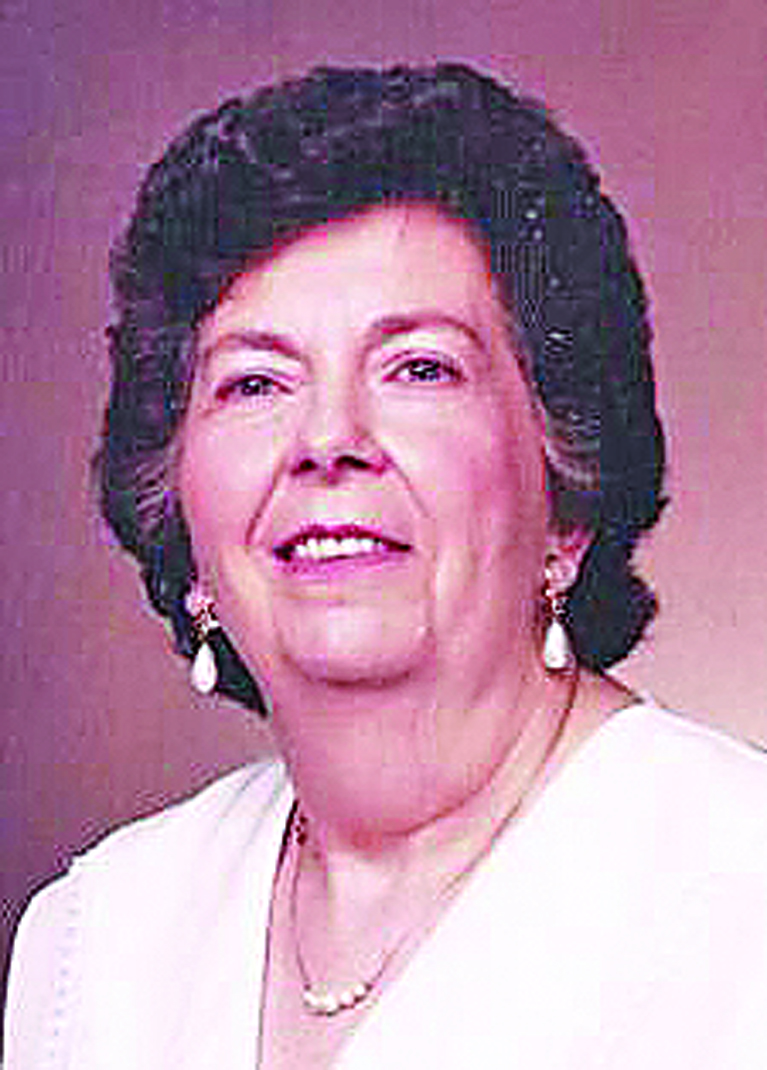 Mrs. Bonnie Stieg of Okawville, IL departed this life in the Friendship Manor Health Care Center in Nashville, IL on Wednesday, June 24, 2020 at 3:42 P.M. She had attained the age of 84 years, 5 months and 27 days.

Bonnie was born in Okawville on December 27, 1935 the daughter of George and Mary (nee Mueller) Garbs. She was united in marriage to Wallace Stieg in the St. Peter E & R Church in Okawville on September 25, 1954 and he preceded her in death on November 15, 2013.

Bonnie was a 1953 graduate of Okawville High School. She was a homemaker and had worked as a waitress at Dillard’s Garden Restaurant at St. Clair Square in Fairview Heights, IL. Mrs. Stieg was a former member of the St. Peter United Church of Christ in Okawville and a former member of the American Legion Auxiliary in Okawville. Bonnie was known as the family historian. She had a knack for remembering names, important dates and family birthdays. Her family was most important to her and she loved following her children and grandchildren’s sporting and social events.

In addition to her husband and parents, she was preceded in death by four brothers, Louis, Stanley, Clinton and Leonard Garbs; four sisters, Pearl Heberer, Lillian Elliot, Alleen Morris and Esther Kuhn; and her father and mother-in-law, Walter and Ida (nee Zacheis) Stieg.

Public visitation will be held at the Campagna Funeral Home in Okawville on Tuesday, June 30, 2020 from 9 A.M. until 11 A.M. In accordance with new guidelines provided by the state, we encourage guests to wear a mask, practice social distancing and refrain from hugs and handshakes.

A private funeral services will be held at the Campagna Funeral Home in Okawville on Tuesday, June 30   immediately following the public visitation, with Daniel Simonton officiating. Interment will be in the I.O.O.F. Cemetery in Okawville.

In lieu of flowers, memorials may be made to Shriner’s Hospital and will be accepted by the Campagna Funeral Home.