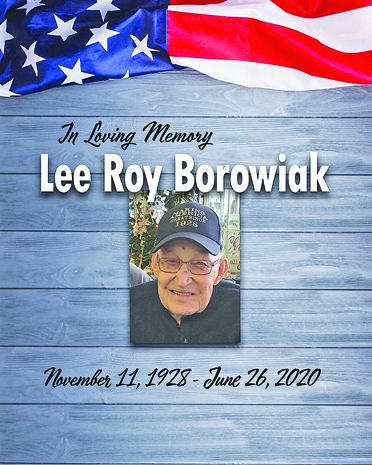 A longtime businessman on Nashville’s main street has died at the age of 91.

Lee’s Variety Store announced the death of its founder, Lee Roy Borowiak, on its Facebook page on Friday afternoon.

“It is with a heavy heart that we must tell you our founder,  Mr. Lee Roy Borowiak, passed away peacefully this morning,” the post read. “‘Please keep our family in your thoughts and prayers.”

Borowiak opened the original dime store in 1954 after returning from service in the Korean War, and it has remained a staple in the Nashville community ever since, with its focus on “customer service in small-town, ,family-owned form.” He reportedly first found an interest in dimes stores when he was 18 years old at the John A. Morris five and dime.

In 1978, Lee’s branched out and began selling sports equipment. In 1984, his son Mike Borowiak transformed the small section of the store into a new storefront Lee’s Sports. The business grew to become one of the premiere place for local sports apparel and equipment.

The family atmosphere of Lee’s  continues to be present at both the variety store and Lee’s Sports.

Borowiak was also very involved in the community. He was an active member at St. Ann Catholic Church, a former city councilman, Nashville Chamber of Commerce member, among many others.

He told the News in 2000, after he was announced the Citizen of the Year that building and managing a successful business requires not only hard work but also a commitment to better the community.

“Everyone has to work hard  in a small town to make it grow,” Borowiak said.

A proud veteran, Lee Borowiak was one of two veterans from Nashville to participate in the Southern Illinois Honor Flight last May. He told the News after the trip that the trip “made you feel great. It kind of brings tears to your eyes.”

Several people expressed their condolences and shared their favorite memories.

“Lee was a very respected man in Nashville,” Jim and Darlene Schomaker said. “Lee loved his family and his country, he was very generous to everyone, always giving and sharing with the community. We have known him for 40 years and always enjoyed having conversations with Lee. He was a sharp businessman, a hard-working man and a good friend. His whole family are wonderful people. We will miss him dearly.”

“Lee has been such a huge corner stone to our community forever,” Kelly Weber-Deering said. “He will truly be missed.”

“The community just lost a wonderful person, not just a good businessman,” Lois Frederking Voelkel said. “I don’t remember any time that he judged someone by their name, where they lived or what church they went to. He welcomed everyone. A lot of politicians could learn a lot from Lee.”

“Since I was small girl I have loved the dime store so much so that I had to work there and I loved all the family,” Dianamaerose Lacciero said. “Lee was a wise man gentle soul.”

Obituary information for Lee Roy Borowiak can be found here.