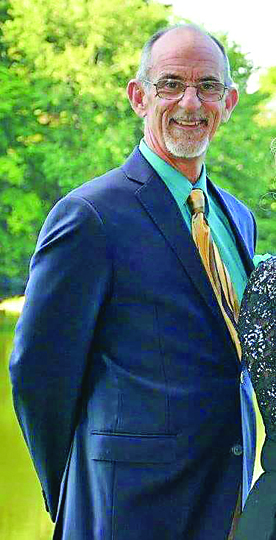 A longtime fixture on the Southern Illinois music scene is being remembered by those who knew him as someone who loved to have a good time, kick back with a guitar and would do anything for the ones he cared about.

Steve Berry, one of the founding members of Little Berry Jam Band and former employee of Washington County Hospital, died on May 28 of cancer in Michigan.

Kevin Little said he first met Berry while they were stationed with the Marines in Hawaii in 1979. They were both operators and were looking for a way to pass the time so they picked up the guitar and would jam.

After they were discharged, Berry went back home to Michigan, and Little returned to his hometown in Southern Illinois. Little said he received a call one day from Berry, who was in Kansas at the time. Little told him that if he could come to Southern Illinois, he could guarantee that they would have gigs.

And so the music partnership known as Little Berry Jam Band began, and some iteration of the two musicians would continue to rock the stages throughout the region over the next 25 years.

“Most of the time it was just Steve and myself,” Little said. “We would have others come in but it was us at the core.”

Howard Davis of Woodlawn said he had known Berry for approximately 30 years. He said he would often follow the band to many of its gigs in the region. The frontman was up front, and he would not shy around the truth.

“He was a very nice guy,” Davis said. “If he thought something was not right, he would tell you.”

Little Berry Jam Band played throughout Nashville, during the Fall Festival and Maifest. The guys also made a name for themselves in Carbondale and the Metro East. Little recalled one memory of catching the Grateful Dead in concert, and when he questioned the tempo of a song that Little Berry Jam Band regularly covered, he was met with several comments.

“There were several around me who then said, ‘It’s because you play it too fast!’” Little said. “It was funny. And we kept playing it the way we had.”

The group also opened for many major acts over the years, including the Birds, Head East, Ozark Mountain Blue Devils and Black Oak Arkansas. Little said Berry was able to instantly connect with his audience, even if they just met.

“He had a voice that could sing any song in any key, and then he would comment that key was too high for me,” Little said. “Steve was just the kind of guy that when you met him, there was something about him. Steve would establish a rapport immediately.”

His daughter, Kristin Stanley, said her dad taught many things, introduced her to her love of softball and other outdoor activities. But it was his music and the love he had for playing that would resonate the most. He even took her to her first concert, Jimmy Buffett.

“Music was his life,” Stanley said. “It was definitely his first love.He really did touch a lot of people. Several people have reached out and said, ‘We followed your dad all over the place.’ There were some who would say that all they had to do was walk into the place, and he would know exactly what they needed to hear.” 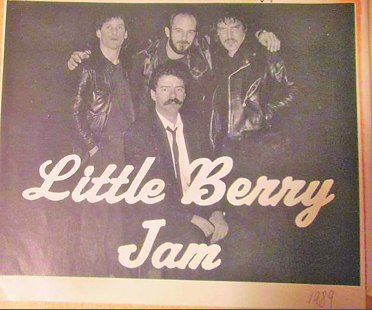 Daughter Kristin Stanley included a slideshow of her father on Facebook. Check it out below.

I’m sure a lot of you have heard through my brother’s Facebook post, but it’s with extreme sadness, a heavy heart and…