Chief Daniel A. Nicks is retiring from the United States Navy on July 31, 2020 after serving his country for 21 years.  He is the son of Jeanne Herzig and Andy Nicks and stepson of Larry Herzig and Vicki Nicks.  He enlisted when he was 19 years old and was sent to the Great Lakes  Naval Training Center.  After some additional training he was assigned to the Naval Base in San Diego, CA.  On his very first voyage, his ship had just entered the  Straits when 9-11 hit and they were dispatched to the  Mediterranean Gulf with no communication home.   Over the 21 years he was deployed 12 times.  A few heart stopping moments for his parents were when he was in the desert living in a house, a good distance from the base, that had gold faucets, swimming pools, mosaic tiles everywhere etc while the government was actively searching for Saddam Hussein.  We only half jokingly asked him if he was sure he wasn’t in one of Saddam’s houses?  Another time was when their plane had been shot at and was unable to make it back to the ship without repairs.  He actually received an accommodation for ingeniously using the material comprising some Mountain Dew cans to plug the holes.  Then there was the time when they were living in tents in the desert and being shot at on a relatively regular basis.

He tried to reassure us that they had a wall around them but what he failed to explain was that the wall was all of two feet high.  We sent care packages with the usual snacks but also suntan lotion, tiny fans for the days and winter hats, gloves and warm packs for the nights along with cold medicine.  Another time when he was in Bahrain and we were speaking on the phone, there was a knock at the door.  There had been numerous reports in the recent news of unrest and soldiers being attacked.  He just laughed and said “no worries, just ordered pizza”.  These are those moments where you love your children but you would like to give them a swift kick in the butt.

But the service has given him the chance to travel to numerous countries as well as live on the base in Okinawa, Japan and stationed for a short time in Greece.  With his home port in San Diego, he was selected in 2004 to be flown to Norfolk as part of the crew taking the USS Ronald Reagan on its virgin voyage from Norfolk, VA through the Straits of Magellan to San Diego, CA.  Over the years he has received many accolades including “Sailor of the Month” eight times; Sailor of the Quarter twice and Sailor of the Year twice.  He has received numerous accommodations including:  8 Navy Achievement Medals, 2 Navy Commendation Medals and 1 Wing Sailor of the Year to name a few.  His job was that of an Air Framer and he worked on such planes as the COD, C2, P3, and P8.  He ascended the ranks over the years and received the well deserved rank of “Chief” in September 2014.

On a personal note:  He often times told us that he didn’t want to get married while in the service because it broke his heart to see the pain it caused when parents were deployed and children were left to worry.  He offered to take married sailors places several times since he had no attachments.   But eventually, through the wonders of Facebook, he reconnected with a girl from High School that he now admitted to always having a crush on.  They fell in love and were married on June 29, 2013 on the ball field at Busch Stadium.  Always the die hard Cardinal fan, his wife Staci had made all the arrangements to give him the surprise of his life.

Even the Cardinal Organization recognized his many years of service by presenting him with a World Series ring.  Although they had been told that pregnancy was not going to be easy, through the miracle of God and medical science they had their beautiful daughter Remi on August 19, 2016.  But sadly just three weeks later Dan had to face the worst dread of his life and leave his loving wife and baby daughter for deployment.

It literally broke his heart but his wife Staci was incredibly strong for the both of them and did everything in her power to keep dad and daughter connected as much as possible.

I am writing all this because after 21 years, Dan will not be having the cherished military retirement send off due to Covid-19.  He has never looked for praise or recognition for his service and has always underplayed his various awards.  In fact,  when I said I wanted to do something, like this article, to just mark the occasion for him, he said that he loved me for wanting to do it but it wasn’t necessary.  He admitted to being disappointed but not so much for himself as for his wife and daughter and all of us.  We were, according to him, like so many other military families who had always been there for their soldier over the years and had made serving possible.  Well, I for one would like to tell my son how very proud I am of him and thank him for giving his “life” to the Navy and for risking his own safety so that we could all be safe.

He has become an incredible man and a credit to the Navy.  I always told him he was like Knute Rockne with the men and women in his unit.  No matter what the situation, he somehow rallied them and they were willing to give “one more for the Gipper”.

We are also proud of him for tackling their unknown future.  After 21 years of being told where you are going to live, what you are going to be doing, what needs to be done, accepting responsibility, and answering to superiors……the outside world can be a very scary place.  But Dan has taken on the challenge by reviewing his options, obtaining the difficult to pass A&P license, completing the piles of paperwork, researching benefits and with his supportive wife and adorable daughter is making plans for a future. 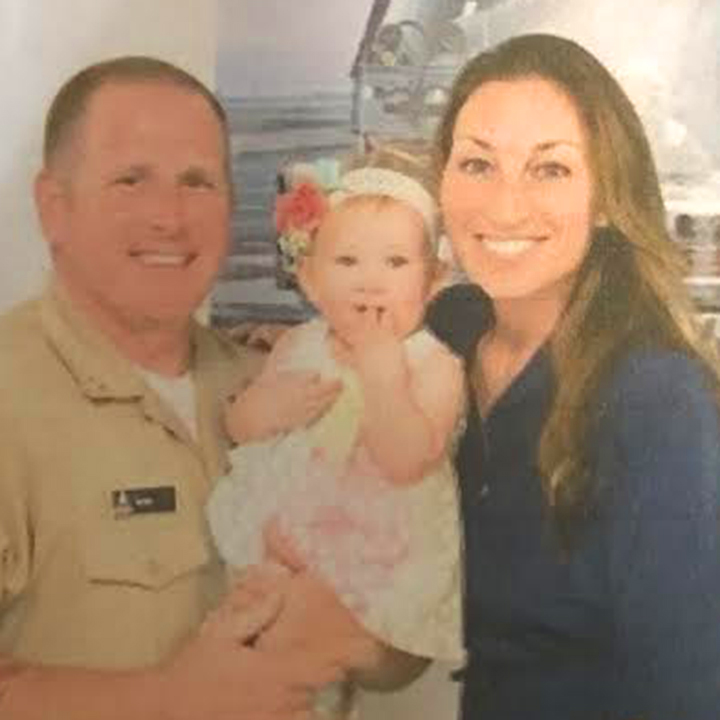 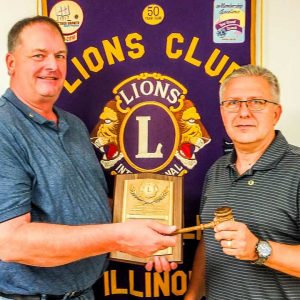