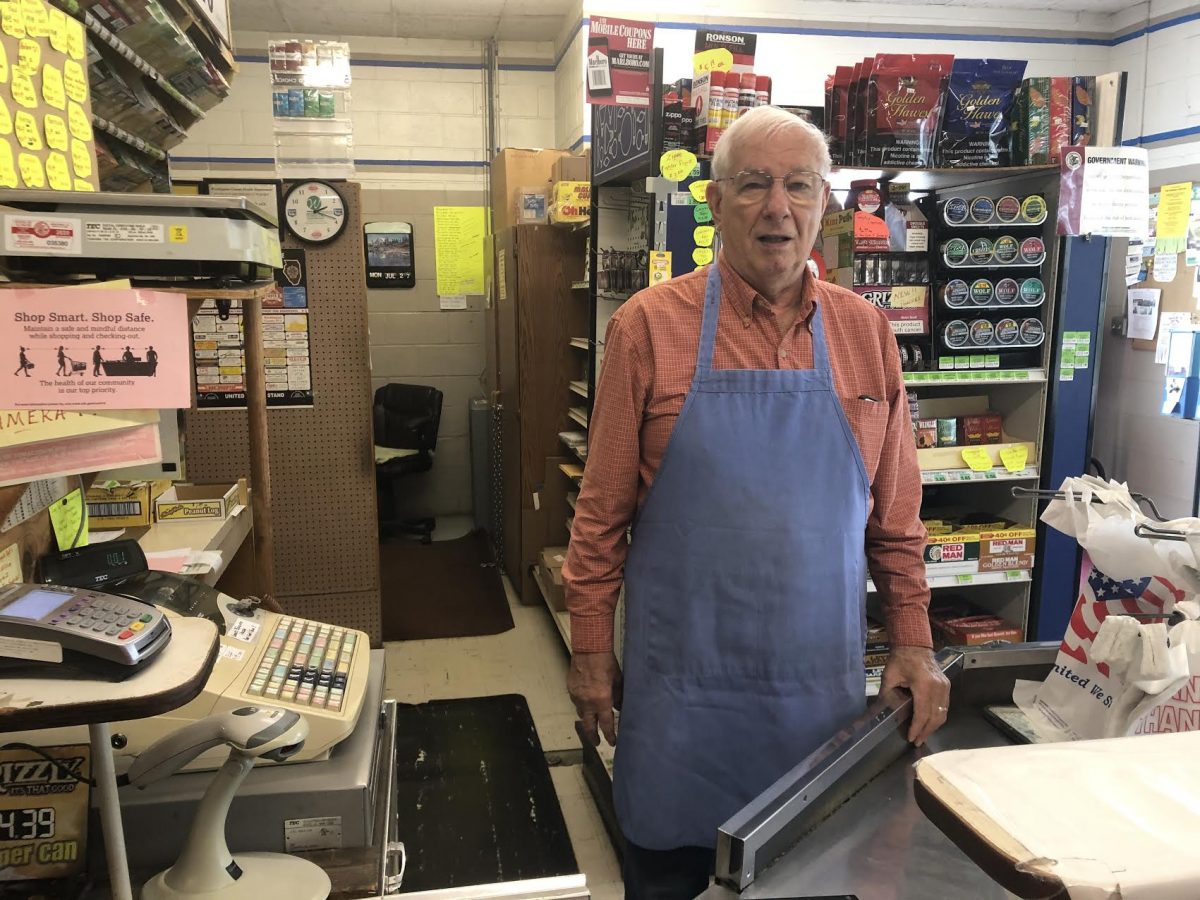 Marvin Nowicki, owner of Ashley Market, is pictured here behind the cash register. The grocery store, which has been in the community for more than 40 years, will close by either reduction or sale to a new owner.

A grocery store with more than 40 years of history serving the Ashley community is closing, the owner announced on Friday, July 24.

“Everything has an end, and it’s time for mine,” Ashley Market owner Marvin Nowicki said.

In a press release, it was announced that the Ashley Market will close either by sale or inventory reduction and resolution.

Nowicki was working at a grocery store in Waltonville after he retired from the Navy in 1979. His father-in-law had owned the store, and after he expressed interest in retiring, Marvin said he and his late wife Janet took over the operations on a trial basis until 1980 when they bought it 1980. Nowicki went back to school and enrolled at Southern Illinois University Carbondale.

“I like it so much that I stayed for 13 years,” he said. “First as a student, and then as an administrator and a professor.”

Nowicki purchased the Ashley Market in 1991. He said he grew up around the area, graduated

“It was a natural thing to come here,” he said. “I thought Larry had a pretty good store here, so I bought it.”

If the Ashley Market is unable to find a new buyer and a total closure should occur, it would mean the village would be without a grocery store since the town’s founding in the 1800s. Nowicki said there was one time in the 1950s when Ashley had four active grocery stores, including a Kroger and a Red & White.

Nowicki conveyed his appreciation and gratitude to the “many faithful and kind customers over the years.”

“The people,” he said of what he liked most about the grocery business. “Interfacing with the customers.”

Nowicki now works the store with his wife Zaida. He said he plans to travel and visit the South to see his family, including his six grandchildren. His sons live in Atlanta and North Carolina.