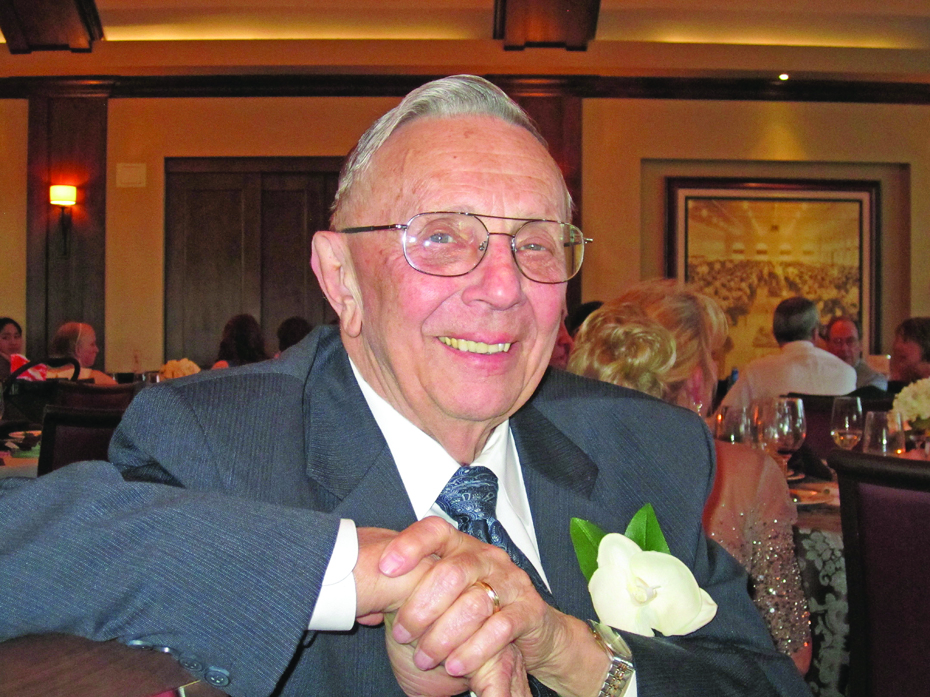 Walter William Finke, Jr. 93, of Blue Springs, MO passed away Tuesday, July 28, 2020 with his loving family by his side at Park- way Senior Living. Walt was born April 29, 1927 to Walter William Sr. and Rosemarie (Buchholz) Finke in Nashville, IL.

Walt was a veteran of the United States Army and served during World War II, including working in the Berlin Document Center during the Nuremberg Trials.

He graduated from the University of Illinois Law School and was admitted to both the Illinois and Missouri Bar Associations. Walt continued his career as a Corporate Lawyer, and for 25 years, he was an executive and ultimately President and Owner of SLT Warehouse Company, a national inventory control com- pany.

An avid sports enthusiast, Walt was active for many years in the St. Louis amateur hockey circles. He was the co-founder of the Meramec Sharks Hockey Club and the first President of the amateur hockey umbrella organization for all levels of youth hockey that is now known as Missouri Hockey. Walt was a was also President of the Blueliners, the St. Louis Blues Fan Club. In addition, Walt and his family are one of the longest, continuous season ticket holders for the Blues.

Walt was a Lutheran by faith, an engaging storyteller, and com- mitted volunteer. Most importantly, he was a passionate and loving husband, friend, and Dad.

Services: Formal services and a Celebration of Life will be scheduled at a later date.