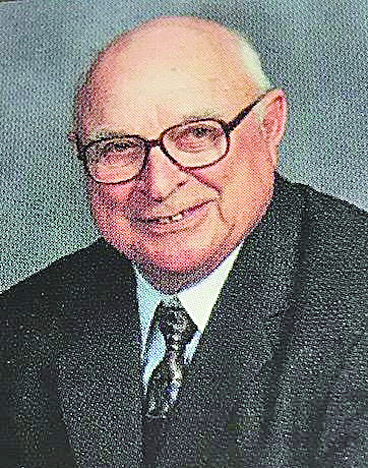 Arvie Reinhardt, 91 of Nashville formerly of Covington, passed away at 11:20 a.m. on Monday, August 24, 2020 at Washington County Hospital in Nashville. He was born on June 27, 1929, the son of Fred and Emma Kraus Reinhardt. He married Elsie Mae Sheaffer on Jan. 31, 1964 at Bethel Lutheran Church in Clayton, MO and she passed away on April 8, 2014. Also preceding Arvie in death are his parents, 2 brothers Harold and Alvin Reinhardt, 2 sisters Vera Dinkelman and Verdell Harre along with some nieces and nephews. Left to mourn Arvie’s passing are several nieces and nephews.

Mr. Reinhardt was a veteran of the United States Army and was stationed in Germany during the Korean War. He was a lifelong farmer and was also a former carpenter for Addieville Lumber Company. He was a member of Trinity Lutheran Church in Nashville where he was active in the fellowship club and a member of the American Legion. Arvie loved to hunt and fish.

Funeral services for Mr. Reinhardt will held at 11:00 am on Friday, August 28th at the Styninger Funeral Home in Nashville with Reverend James Miller officiating. Burial will follow in the Trinity Lutheran Church Cemetery in Nashville. Friends may call from 10:00 am until 11:00 am. at Styninger Funeral Home in Nashville. Memorial contributions may be made to Trinity St. John Lutheran School or a charity of the donor’s choice,  Online expressions of sympathy may be made at www.styningerfuneralhomes.com or on the funeral home’s Facebook page.