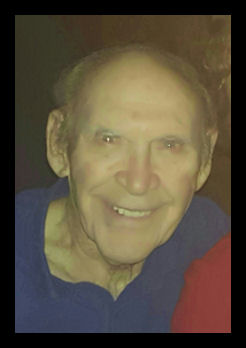 Attorney Clarence (Bud) DeMoss of Nashville, Illinois, departed this life at his home in Nashville on Tuesday, September 1, 2020.  He had attained the age of 88 years and 6 days.

Bud was born on August 26, 1932 in Chicago, Illinois the son of Clarence and Catherine DeMoss.  He was united in marriage to Barbara Burson on February 6, 1954 at Crown Point, Indiana, and she survives his passing.

Bud excelled in sports, as captain of the York (Elmhurst) High School football team, and medaling in both the 100-yard and 220-yard dash events at the Illinois state track meet in 1951. Bud’s sporting career continued to flourish with the 1951 National Champions, University of Illinois Fighting Illini football team, cherishing the memory of having played in the 1952 Rose Bowl.

Bud graduated #1 in his law school class at the University of Illinois School of Law, then located to Nashville, Illinois in 1957, beginning his career with the law firm of Hohlt & House while serving as Law Clerk to Illinois Supreme Court Justice Byron O. House. During this time, he attained the rank of Captain with the United States Army in the Judge Advocate General Corps and the Army Reserves.

He served as Nashville City Attorney for 42 years from 1965 to 2007. In the mid-1980s, Bud was instrumental in securing two automotive parts manufacturing companies, Nascote Industries & Ligma Corporation to locate in Nashville. Bud also served on the Board of and was attorney for Nashville High School.

Paramount, however, was his love for his family, dedicating his time and energy to supporting and guiding his boys, and just “being there”, always. With his wife, Barbara, they shared 66 years of marriage, sharing their lives in loving devotion to one another. He was a member of the St. Paul United Church of Christ in Nashville, enjoying a number of years teaching the high school Sunday School class.

Due to public health concerns, private funeral services will be held at the St. Paul United Church of Christ in Nashville, Illinois with Pastor Beverly Kahle officiating. Interment will follow in the church cemetery. There will be no public services held.