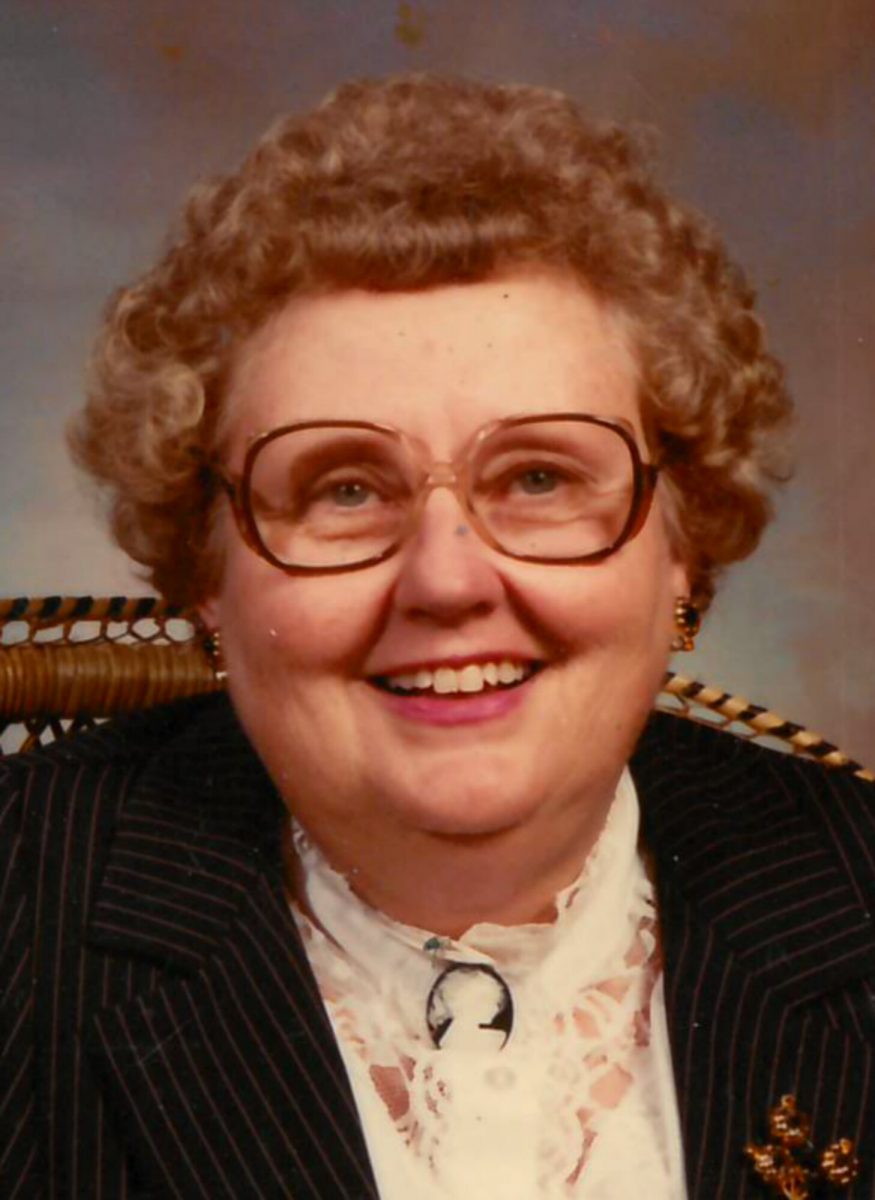 Mary Marjorie Pedtke, 90, of Du Bois, passed away at 2:25 P.M., Saturday, September 12, 2020 at the SSM Health Good Samaritan in Mt. Vernon. Marjorie was born October 7, 1929 at Du Bois, IL, the daughter of Oscar D. and Katherine I. (Schwind) Peeck. She is survived by special grandson- Mark A. Pedtke of Du Bois, adopted daughter- Tina Katherine Jackson, four other grandchildren – Bryan Adam Jackson, Sarah Jane Jackson, Darrien Jackson and Justin Jackson, two great granddaughters – Jaden Lee Marks and Alyssa Lynn Pedtke, and many friends. She was preceded in death by her parents and two brothers – Victor S. Peeck and Carroll A. Peeck. She was a long time member of the Ashley United Methodist Church. Marjorie attended Chapel Hill Grade School near her home for 8 years. She then went on to Nashville Community High School, graduating on May 29, 1947. She attended Southern Illinois University at Carbondale from June 1947 until August of 1948, when she began teaching. She continued to take night classes and attend summer school until she graduated from S.I.U. in August of 1957 with a Bachelor of Science degree in Education. Marjorie was a lifelong educator in Washington and Perry Counties. She had completed 59 years of teaching. She began her teaching career at the one room school of Plum Hill in Washington County in September of 1948. The next year, she went to Perry County, where she taught at the Benton Road School. The next year, she taught at the Roots School south of Tamaroa. In 1951, Marjorie became the fourth grade teacher at Tamaroa Grace School, District 5, Tamaroa, IL. She held this position for 50 years. Part of the time, when money was short at District 5, she was both the third and fourth grade teacher. She was Principal of Tamaroa Grade School in Tamaroa, IL from 1964 until 1969. She resigned the principalship when she adopted a daughter in 1970, but remained the fourth grade teacher. In the fall of 2001, Marjorie became the Title I teacher at Tamaroa. She held this position for two years, retiring on June 4, 2003. Marjorie was a member of the Tamaroa Education Association, Illinois Education Association and the National Education Association. She served as Vice President of the Perry County Teacher’s Association years ago. At present, she was a member of the Perry County Retired Teacher’s Association. Funeral services will be at 10:30 A.M., Friday, September 18, 2020 at the Searby Funeral Home in Tamaroa. Friends may call from 5 to 7 P.M., Thursday at the Searby Funeral Home in Tamaroa. Phase Four Restore allows 50 attendees, using social distancing guidelines. Everyone in attendance is required to wear a mask. Burial will be in the Ashley Cemetery at Ashley, IL. For additional information or to sign the memorial guest register, please visit www.searbyfuneralhomes.com.