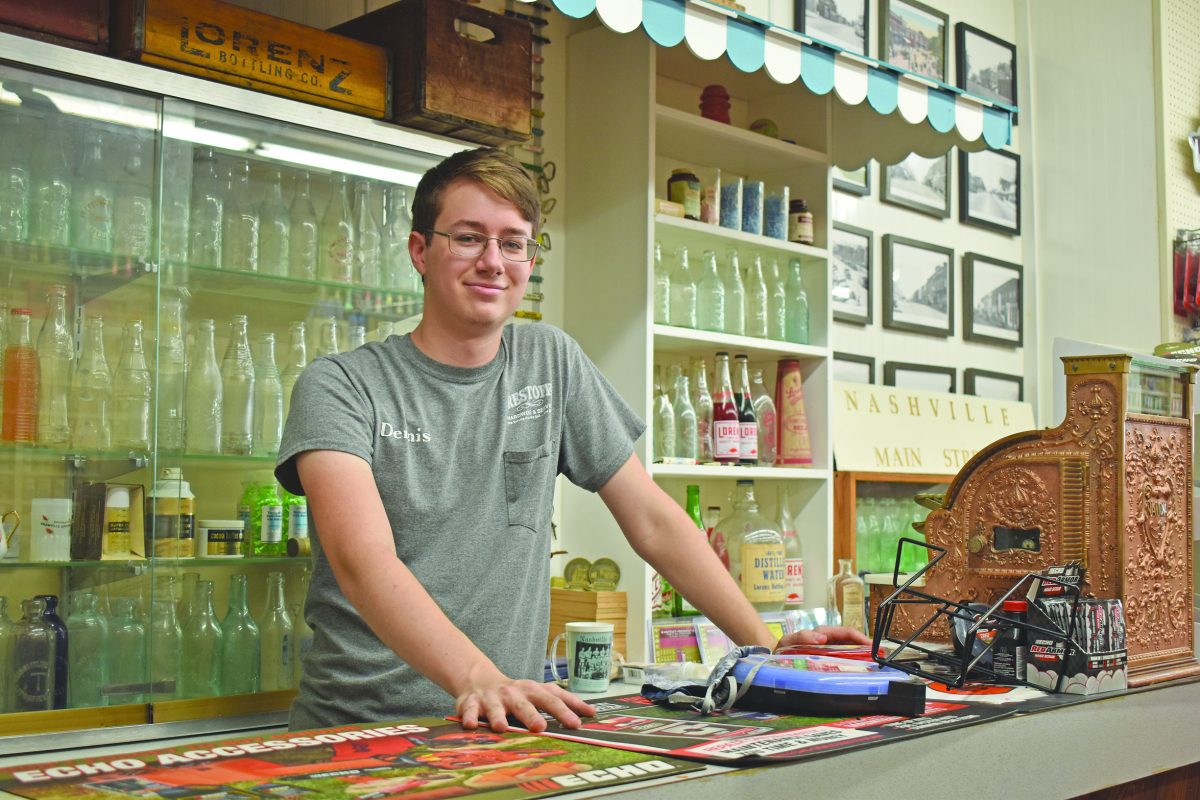 What started as a passing interest in the past has now grown into a massive mini-collection of discarded things that celebrate local history and the way we once were.

“I have little collections of everything,” Dennis Restoff said. “I don’t just do one thing.”

Restoff has been collecting odds, ends, bottles, cans and other items that had been cast aside. His plans are to eventually organize and restore the second floor of Restoff’s Hardware in Nashville into a museum for visitors to view his many collections.

The collections started with beer cans. Restoff said his first job when his family bought the second half of the hardware store was to position the cans on the shelves in the showroom. Dennis would soon begin collecting some items of his own. He also said his dad told him how he would collect cans that were buried in junk piles out in the woods. Dennis Restoff would find more glass bottles since they were better preserved than aluminum cans. One day he came across a bottle with the words Lorenz Bottling Company, something he never knew existed. A little while later, he learned about the large hotel with a lake that was in the middle of town and had only existed for nine years before it was gutted by fire.

With his new discoveries, Restoff suddenly found himself asking other questions.

“I was like, ‘I never knew,’” he said. “What else did Nashville have that I didn’t know about?”

Restoff said his massive collection continues tens of thousands of odds and ends he has dug up, polished, secured, glued back or bought in an auction. There are tavern tokens, milk bottle caps, thousands of postcards. He is currently showcasing a new Washington County postcard on his profile each day, celebrating the rich history that the area has to offer. He said he is currently working on DuBois.

“It is really great,” he said. “Because you have the date, the postal history all in one place.”

When asked about what would be the most interesting item that he has in his collection, Restoff said there are too many to mention, but one of his most prized possessions is a Lorenz bottle from 1881, which was one of the first bottling models the company ever made.

“You’d be surprised,” Restoff said of his treasures. “You just gotta dig. You can’t Google any of this stuff. You have to research it on your own, talk to older people and find it out for yourself.”

Restoff said his museum is a work-in-progress, a pet project that he hopes to have finished in the next couple of years. He said he is always on the hunt for the next item to add to his collection.

He will know once he sees it.

“A lot of collecting history is that you don’t know what’s out there until you see it,” he said. “ I wish I knew what all existed, but a lot of it pops up and I think, ‘Wow, I never knew that existed.’”

Community Profile is a regular features column in the Nashville News, highlighting people, places and things in Washington County. If you have an idea for this column, email the newsroom at news@nashnews.net.