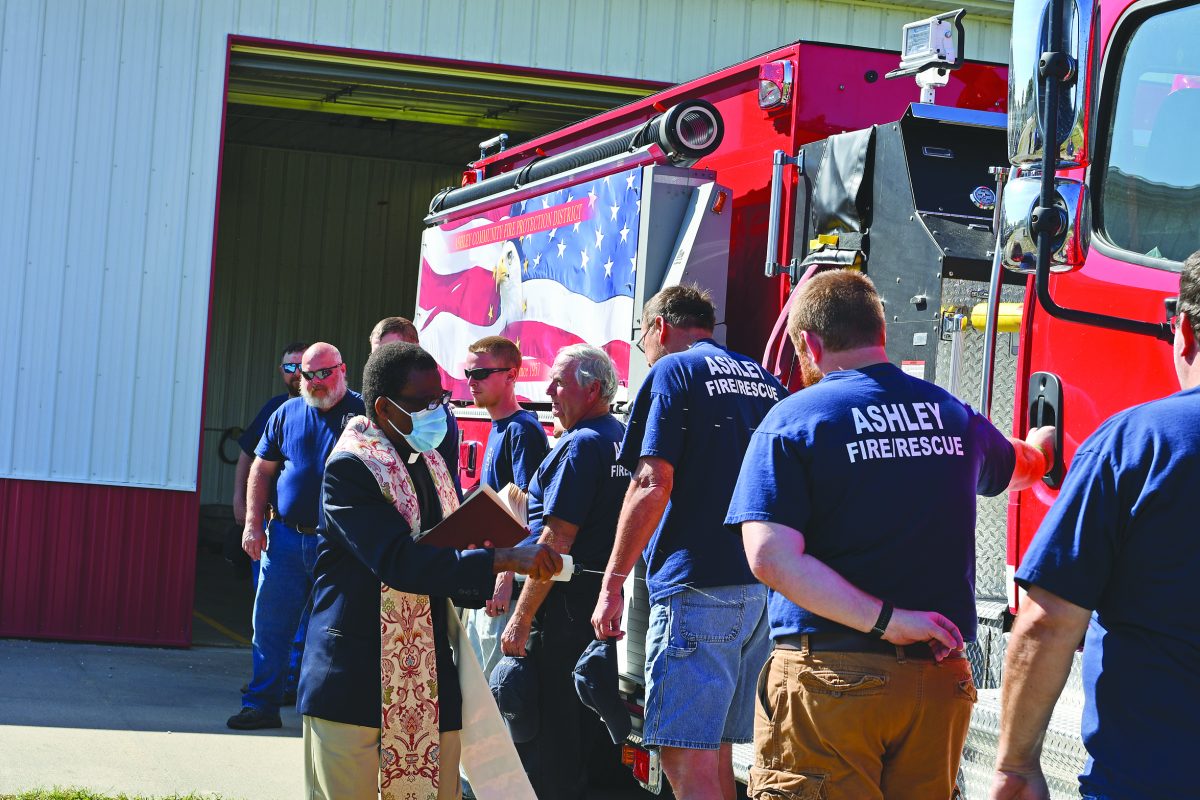 The last official task of a longtime serving vehicle of a local fire protection district was to wash the body of its successor.

The Ashley Fire Protection District held a truck blessing and washing ceremony on Saturday, September 19, at its DuBois station. The ceremony included a several special events that honored the past and ushered in a new era for the station.

The arrival of the brand new fire engine featured several traditions, including a blessing by Father Oliver Nwachukwu of St. Charles Borromeo Church before the washing. The new truck was doused with water from the old.

Ashley Fire Chief Jack Boczek said the brand new fire engine is replacing a 1988 truck that the district purchased in 2003. He said the ceremony Saturday featured time honored traditions that date back to when fire departments had horse drawn engines.

“It is an old tradition in the fire service that when you get a new engine, you wash it down from the old truck that it is replacing,” Boczek said.

The event concluded with the members of the fire protection district pushing the new truck into its new home at the DuBois station.

John Lanham, the district’s secretary and treasurer, said AFPD has been fortunate to receive a lot of support from its community. For example, the most recent sold out smoked pork chop dinner last weekend raised $2,500 with more than 350 chops served.

“All of our fundraisers have been successful, and that is why we have the gear that we do,” Lanham said.

The $285,000 engine has been financed through a loan, the district said.

The 1988 engine has been donated to the Elizabethtown Fire Protection District, which Boczek said is in desperate need of a running engine.