Here is a video from the train accident that occurred in Centralia on Wednesday, September 23.

Centralia Police, Fire, and Life Star ambulance all responded to the Canadian National railroad crossing on Calumet between 4:30 and 5:00 p.m. Wednesday afternoon after a southbound CN freight train struck a westbound GMC Yukon SUV. The impact of the train pushed the SUV about a half-block south of the crossing, with the train engine taking about 5 blocks to stop near 14th Street.
Fortunately, no one was injured in the accident. Witnesses report that the driver, not aware there was another train coming, and southbound after a northbound train cleared the crossing, and proceeded onto the tracks at which point the southbound engine hit his vehicle pushing it down the tracks, knocking two wheels completely off, and pushing it out of the way on the west side of the track.
Centralia police and Canadian National police were still on scene nearly two hours later and all rail traffic through Centralia was halted until the wreckage could be cleared an investigation completed.
Centralia Police, Fire and Life Star Ambulance also responded to a second accident involving a RR crossing around 6:30 p.m. Wednesday evening. A northbound driver on S. Elm reportedly fell asleep and ran off the highway slamming into a railroad crossing standard and gate at the 14th Street Norfolk-Southern RR crossing. The collision was hard enough to break loose the concrete base of the crossing and caused first responders to be concerned the whole standard and gate might fall across the highway.
The driver was transported to St. Mary’s Hospital to be treated, and was out of the vehicle by the time first responders arrived. 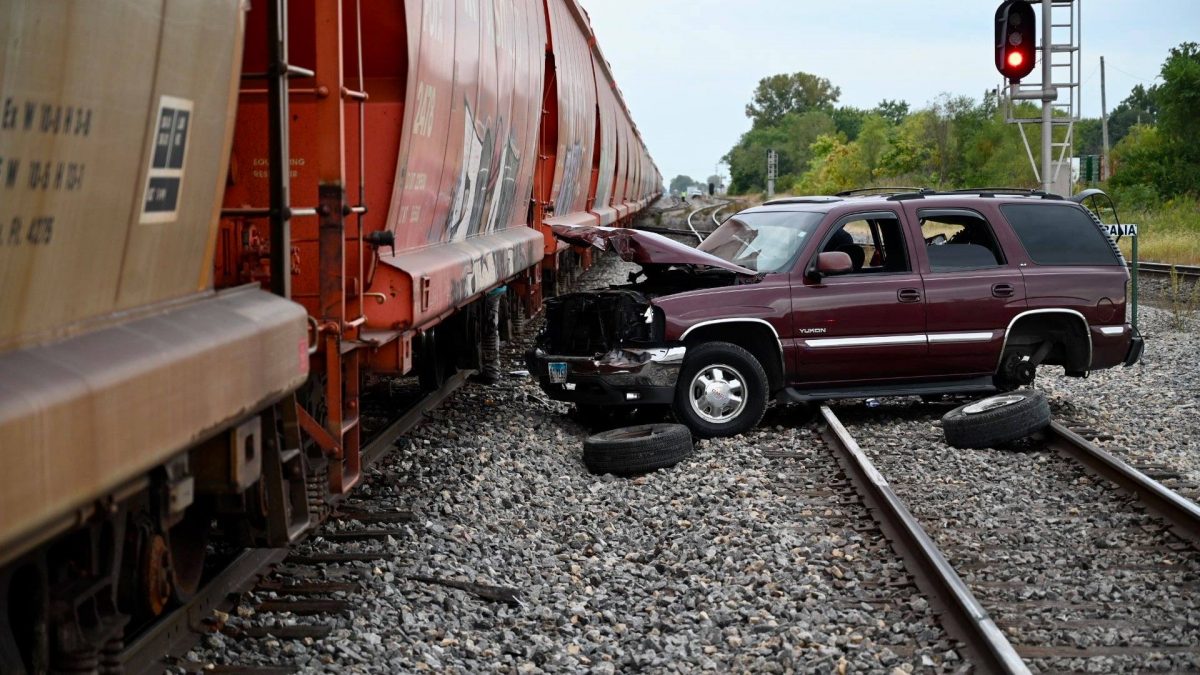 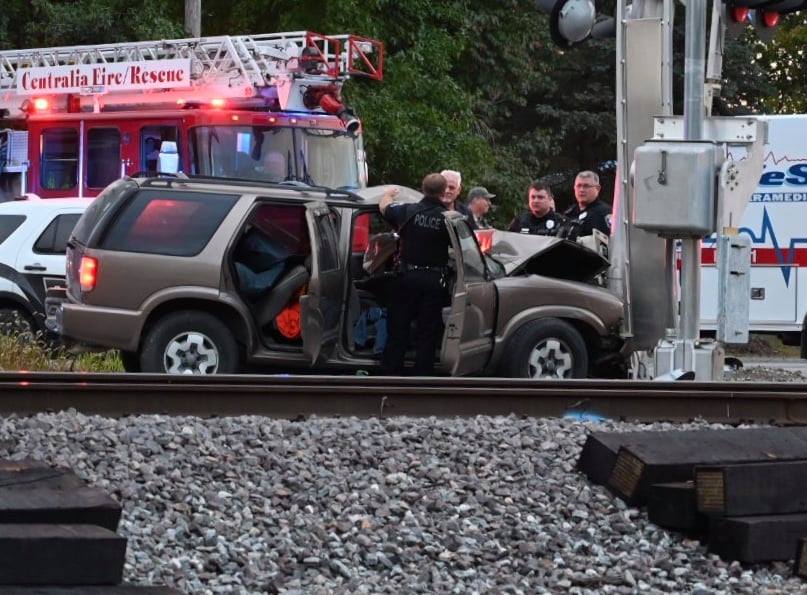 Updated 9-25-20 to include information on both accidents.