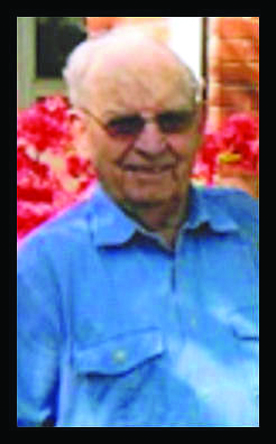 Bill was born on March 22, 1931 in Omaha, IL the son of Ira and Eva (Earhart) Huffstutler.  He was united in marriage to Hava Ann (Nave) Huffstutler in 1950 and she survives his passing.

Bill volunteered for the United States Air Force in 1950 and served overseas for two years during the Korean War.  He then served two years at Eglin Air Force Base in Florida.  Bill was the manager of the IGA in Nashville, IL for many years until his retirement.  Bill loved fishing, hunting and his beloved Cardinals, but most of all he loved his family.

He was preceded in death by his parents and a sister, Carol Hackbarth.

Private graveside services will be held at the Greenwood Cemetery in Nashville, IL with Rev. Bill Bunnage officiating.  Military graveside rites will be accorded by the American Legion Post 110.  There will be no public services.

Should friends desire, memorials can be made to the Methodist Church or the American Heart Association and will be accepted by the Campagna Funeral Home, who is assisting the family with arrangements.