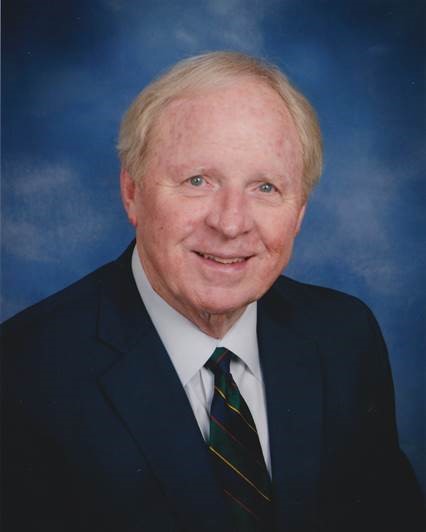 Kenneth Carroll Waggoner, 75, of Belleville, IL, born February 25, 1945 in Morganfield, KY, passed away Monday October 5, 2020 at St. Joseph’s Hospital in Breese, IL.  He was the son of Homer Robert and Ola Waggoner.   Ken and Joan Elaine Caudell were married on June 27, 1970 and enjoyed fifty years of marriage together.

Ken and Joan grew up in Trenton, IL and knew each other since they were kids.  Ken graduated from Wesclin High School in 1962 and attended college at Southern Illinois University and University of Missouri-Rolla. He served our country in the U.S. Army from 1966-68, including serving overseas in Thailand for the construction of a Navy base. He received several honorary medals.

After serving in the Vietnam War, he returned to Illinois and worked at the Illinois Department of Transportation, employed 1962-2001, as a surveyor, electrical traffic signal designer and construction manager. He also worked nine years for the civil engineering firm, Crawford, Bunte and Brammeier, until his retirement from the workforce.

Ken was a man of Christian faith and served at Westview Baptist Church in Belleville for 50 years. He also served on the Whiteside School Boardincluding time as president and additionally was president of the Ravenwood Neighborhood Association for a time. Ken enjoyed golfing and attending events for his sons and grandchildren. His hobbies included keeping up with car trends and the latest technology.

He was preceded in death by his parents, H.R. and Ola Waggoner; his sister, Kathy and spouse, Dale Kegley; a nephew, Brent Kohlbrecher; his father and mother–in–law, W.D. and Iva Pearl Caudell; and many aunts and uncles.

23rd Psalm: The Lord is my shepherd; I shall not want. He makes me to lie down in green pastures; He leads me beside still waters. He restores my soul; He leads me in the path of righteousness for His name’s sake.

Memorials may be made to Westview Baptist Church, to the American Cancer Society, or to the charity of the donor’s choice. Condolences may be expressed to the family online at www.rennerfh.com.

Visitation: Friends may visit from 9 to 10a .m. Thursday, October 8, 2020, at George Renner & Sons Funeral Home, Belleville, IL. StandardCDC guidelines, including masks and a limited number of visitors at any one time will be observed.

Funeral: Funeral services will be held at 10 a.m. Thursday at the funeral home with an 11:30 graveside service at Jefferson Barracks National Cemetery, his final resting place.