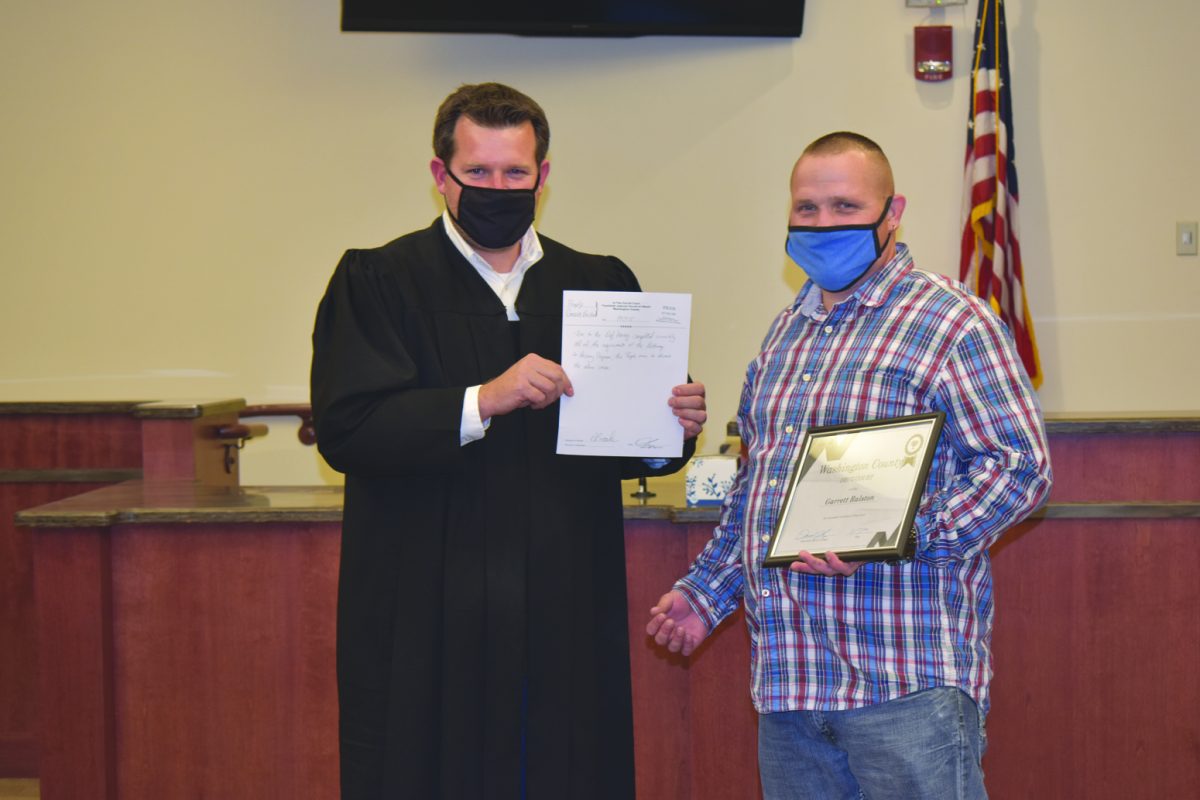 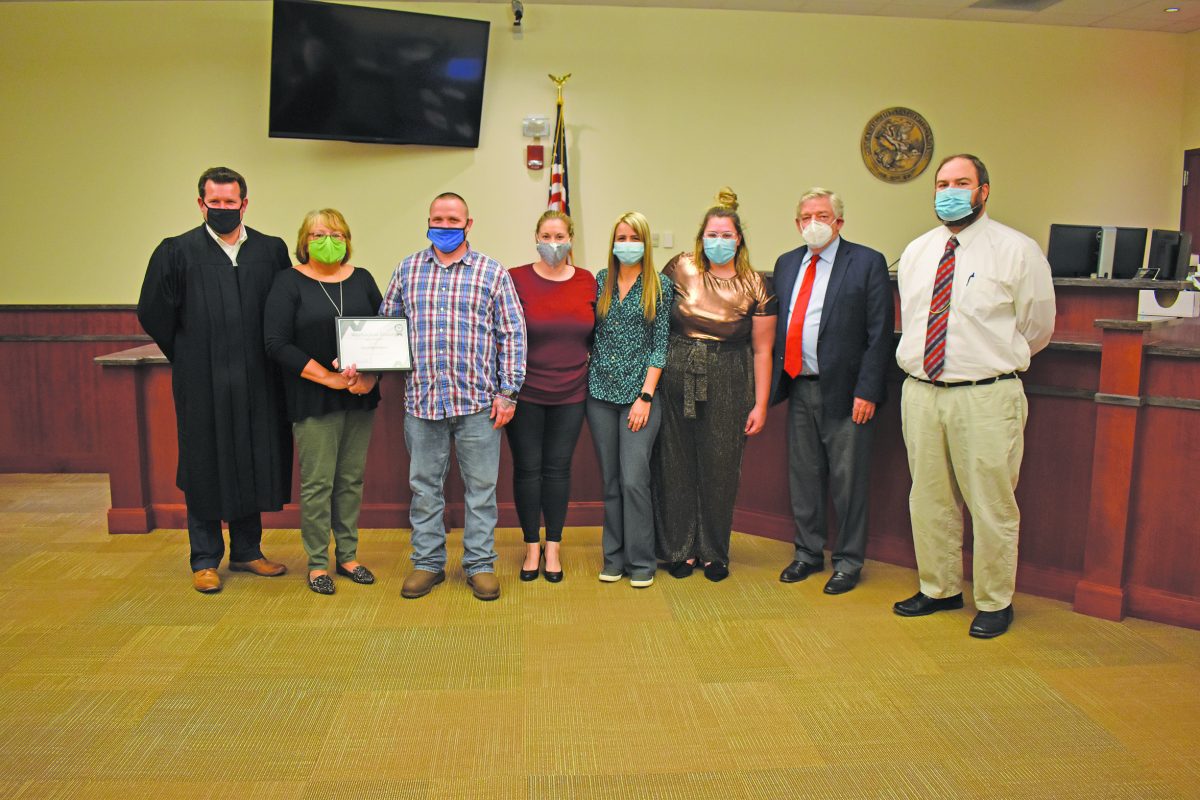 There were several jovial laughs and mild roasting from the Washington County Courthouse, but over and over, each speaker reiterated the same message to the guest of honor.

Garrett Ralston of Addieville graduated from the Washington/Perry County Pathway to Recovery Program on Thursday, November 5, with a special ceremony. Many team members remarked about Ralston’s transformation over his one year in the program.

Judge Dan Emge described his first impressions of Ralston when he was a defendant as someone to watch out for. He said he remembers having his contempt of court pad ready, not knowing what to expect.

“When you were referred to drug court, that was what I thought,” Emge said. “How are we going to keep Garrett on the straight and narrow?”

Over time, Emge said Ralston proved that he was ready to make the change he needed.

“It’s unbelievable the transformation that you have made,” he said.

“Out of all of the graduates I’ve had, by far, he’s the most improved,” she said.

Counselor Alison Potter said after overcoming some hurdles, Ralston was resilient in keeping his recovery in the forefront of his mind.

Among the good natured humor of the ceremony, public defender and former judge Dennis Hatch gifted

“So anytime you want to see how far you have come,” Hatch said.

Ralston addressed the crowd about his giving back project, where he had raised $600 in donations and school supplies for the Hoyleton Children’s Home. He said foster care was a cause he felt compelled to help because his fiance Abbey Sauter had adopted her daughter Aubrey.

“You can’t see the big smile on my face,” Cassity said under the mask. “But it made me so happy, and you looked so happy talking about what you did.”

Ralston said he was thankful to the program and everyone who had helped him along the way. He is about to begin a new career in Dallas with the railroad.