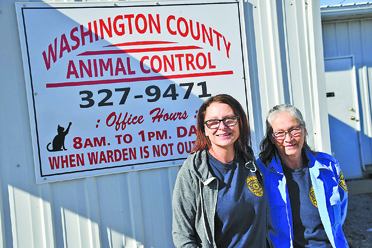 Many of the improvements that have been completed recently at the Washington County Animal Control can be attributed to one of two things: the ove for the animals that come through its doors or the love for the job that they are doing.

The Washington County  Animal Control has been on the receiving ends of donations, both monetary and otherwise, which helps make the day-to-day operations run more smoothly.

Animal Control Warden Deb Hagopian said the shelter received a sizable donation earlier this year where the proceeds will  be going toward updating its building’s electrical issues. The remodel will have been in the plans for quite some time

“The building has changed so much over the years,” Hagopian said. “We have outlets that have no power to it, and switches that we do not know where they go to.”

Hagopian said so far, in 2020, the shelter has spayed and neutered more than 100 cats. Even with those efforts, the staff remains busy with the intake of animals in the county. On just one day last week, there were 11 cats brought in.

Hagopian said there are many people who step us and help out. A recent inquiry into getting peanut butter for the dogs resulted in 45 jars of peanut butter were given over the course of a week. On Monday, the washer quit at the shelter, and three hours after a social media post inquiring about possible used models, someone stepped up and donated a brand new appliance.

“I can tell you here, the people have rallied around us and supported us,” she said. “It warms your heart. Early this morning we were down to the last of our cat litter, and then a lady comes in and brings us 40 pounds. From food, litter and toys to volunteers coming in to help, the community is just amazing. It humbles you.”

The shelter is looking for more volunteers to help take care of the animals. To become a volunteer, interested persons who are younger than 16 have to have a parent stay with them.

“You tell me what you want to do,” Hagopian said. “Not everyone is a cat person. Not everyone is a dog person. I have a lady who comes in and reads to the cats. They need that socialization. That is important too. You can come play with kittens in the office or you can clean cages.”

Hagopian said one of the things that people may not realize about the shelter is the extent that they are taken care of prior to adoption. The animals receive flea medicine, dewormer and any antibiotics, which can cost up to $25 per cat. Washington County charges $15 for the microchip.

“It’s a process that each cat goes through,” she said. “We’re not getting back what we are paying, which is fine. That is not what it’s about. But they don’t just get thrown into a cage.”

Dana Antoine started as a volunteer in May 2018 and was then hired a month later as a county employee when a position became available.

“I love being around the animals,” Antoine said when asked what her favorite part about working at Washington County Animal Control. “This is not work for me. This is a dream job. A lot of times I would rather be around animals rather than people.”

Antoine said her daughter Olivia has already expressed hope in also working at the shelter when she gets older.

“She loves it,” she said. “She can’t wait until she is 18 so she can get a job here.”Jan Underwood has been a volunteer since last July. She said she loves to take care of the animals as they come in.

“I love holding the babies and helping these guys. They just need volunteers,” Underwood said. “You never know when something might happen and we will need someone.”

The right person would be able to pitch in as necessary when the front office becomes bombarded with new arrivals.

“We need people to interact and socialize with the cats,” Antoine said. “We try to have as much time with them as we can, but like when we are getting those 11 cats processed, that is time we can’t walk a dog or play with a cat. And we never know when that is going to happen.”

Hagopian said the pandemic has forced the shelter to cancel many of its plans and annual traditions. Washington County Animal Control was in the middle of planning an Easter egg open house to welcome the public in and show off its newly built catio area.

Hagopian said she is hopeful that a future date will be

“Next year,” she said confidently. “We will get through this, and it will be better.” 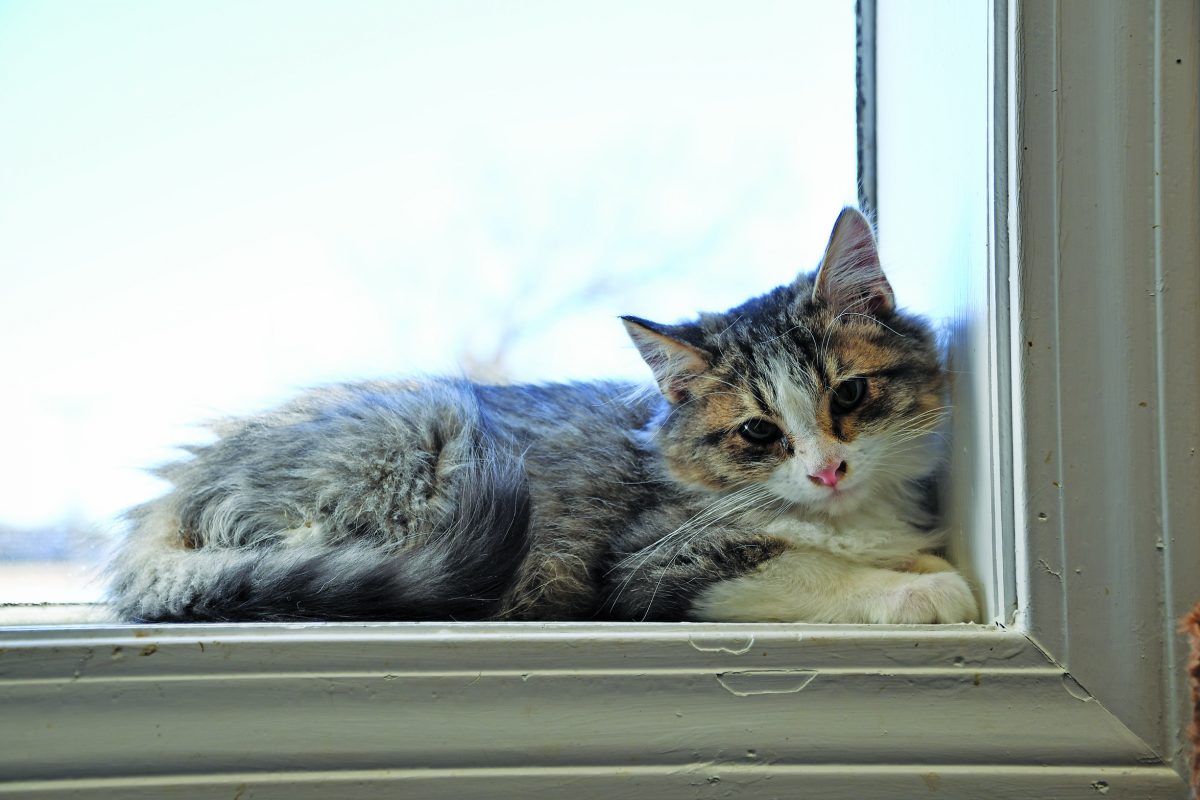 Clyde is one of the many cats available for adoption at the shelter. 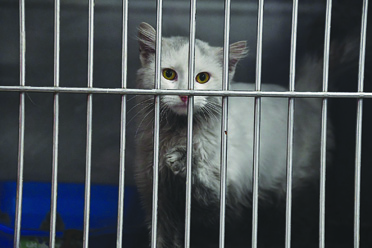 Whether they are there until claimed or waiting on a forever home, the animals at Animal Control receive as much love and care as possible. 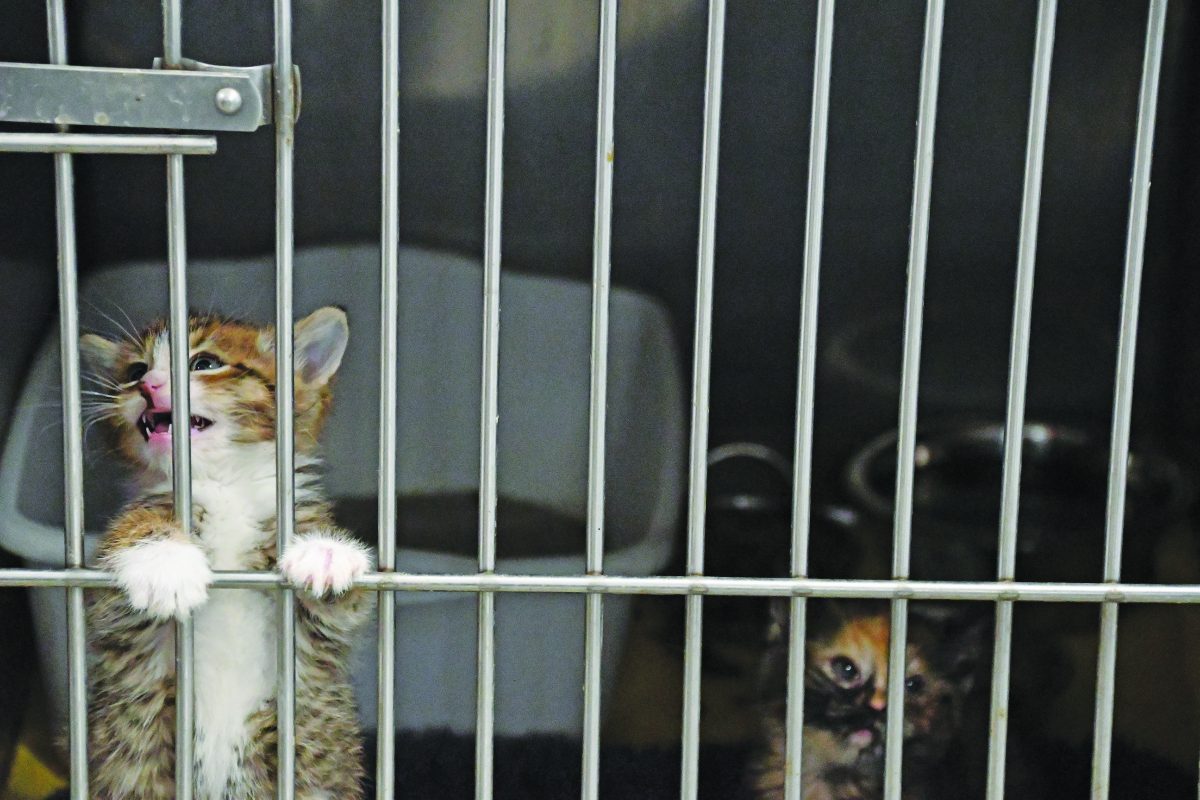