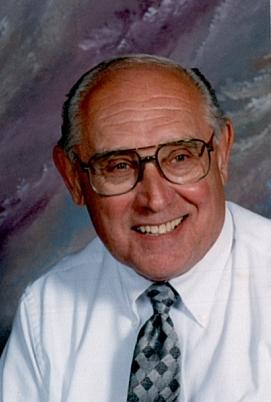 Larry’s childhood was spent in Concordia, Missouri where he was baptized and confirmed at St. Paul’s Lutheran Church.  He attended St. Paul’s elementary school and St. Paul’s high school.  Larry was a 1958 graduate of Concordia Teachers College in Seward, Nebraska, and a 1970 graduate of Central Missouri State University with a Master’s degree in Education.  Through the years, Larry served the Lord as a teacher and principal in six Lutheran schools – from 1956-60 at Trinity in Nashville, Ill; 1961-70 at Holy Cross in Emma MO; 1970-89 at St. John’s in Ellisville, MO; 1989-92 at Immanuel in Giddings, Tex.; and from 1992 till his retirement in 1997 as Principal at Zion Lutheran in Belleville, Ill.  Following his retirement after 39 years of teaching in 1997, Larry went on serve as the interim Principal for one year at Trinity in Hoffman, Ill. He also trained as a leader in the National Lutheran Schools Accreditation process and served on four evaluation teams.  In his free time, Larry was an avid reader and enjoyed drives through the country, symphony music, and traveling.

Larry was preceded in death by his first wife of 33 years, Norma, nee Luebke, Becker, who died May 3, 1996; his parents, Hebert A. and Olga B., nee Wolpers, Becker; and a brother, Paul Becker.

Per Larry’s wishes, his remains were donated to Washington University School of Medicine in the hope that he could continue to be of service to mankind even after his passing.  A Celebration of Life will be held at Zion Lutheran Church in Belleville, Ill. on Monday, November 23, 2020 at 1:00 p.m. which will also be live streamed by Zion Lutheran Church.  While Covid-19 restrictions prevent a formal visitation or fellowship meal, the family encourages the sharing of condolences and memories at www.lakeviewfuneralhm.com .  Additionally, you can write to the family c/o Barbara Becker at The Colonnade in O’Fallon, Ill.