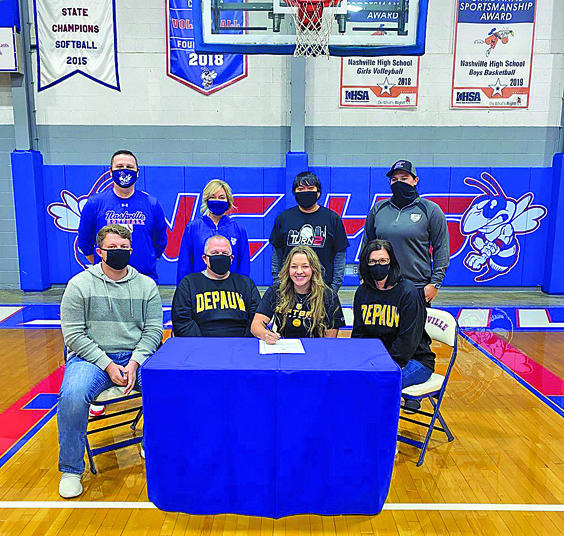 NCHS senior and softball standout Josie Woodrome has signed on to become a Tiger with DePauw University in Greencastle, IN.

Woodrome said she is lookingforward to playing with team as she advances her softball career at the collegiate level.

“It’s something I’ve dreamed of,” Woodrome said. “I liked that it was not just abut playing softball but also about helping you grow as a person.”

In 2019, Woodrome was named co-MVP for the Hornettes. She also received top Offensive Player of the Year, leading the team in a plethora of offensive and pitching categories. She was the top Hornette that season with a .432 batting average, 38 hits, 24 singles, seven home runs, and 27 RBIs. In the circle, Woodrome led Nashville with 110.1 innings pitched and went 14-3 on the season, 159 strikeouts, and a 2.221 ERA.

DePauw advanced in the Division III Regional Tournament, where the Tigers were the top seed. The team ended its season, 33-14.