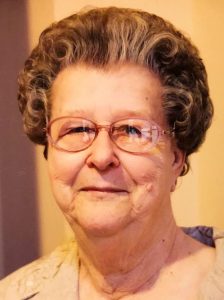 Mrs. Marilyn Margaretha Anna Segelhorst of Vendy, IL departed this life in the St. Elizabeth Hospital in O’Fallon, IL on Sunday, December 6, 2020 at 5:37 P.M. She had attained the age of 84 years, 3 months, and 15 days.

Marilyn was a life-long and faithful member of the St. Salvator Lutheran Church. She was a homemaker and ran an in-home daycare. She dearly loved her family and enjoyed spending time with her grandchildren and great grandchildren.

Due to Covid-19 health concerns, private services will be held from the St. Salvator Lutheran Church in Venedy with Pastor Art Eichhorn officiating.

Following the services, cremation will be performed, and interment of ashes will be at a later date.

In lieu of flowers, memorials may be made to the St. Salvator Bell Tower Fund, St. Salvator Education Building Fund, or to the Okawville Senior Center and will be accepted by the Campagna Funeral Home.