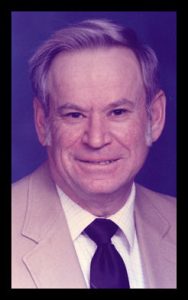 Mr. Raymond Thomas Holtz of DuBois, IL, departed this life at the Friendship Manor Healthcare Center in Nashville, IL on Wednesday, December 16, 2020 at 8:55 AM.  He had attained the age of 84 years, 6 months and 10 days.

Mr. Holtz was born on June 26, 1936 at Ashley, IL, the son of Alex and Margaret (Rozanski) Holtz.  He was united in marriage to Marjorie Kozielek on June 22, 1963 at St. Michael Catholic Church in Radom, IL and she survives his passing.

Raymond was a 1954 graduate of Ashley High School in Ashley, IL and then he went on and became a proud member of the United States Army, serving from 1957 to 1959.  Raymond was retired from Big 3 Precision of Centralia as a machinist.  After retirement, Raymond enjoyed time working at the Ashley Marketplace in Ashley, IL.  He was a member of the St. Michael Catholic Church in Radom, IL, the DuBois Council 4476 Knights of Columbus, Ashley Sportsman Club and the Waltonville Amvets.

Left to mourn his passing is his wife Marjorie Holtz of DuBois, IL; sister, Theresa Hohmeier of Lincoln, NE; sister-in-law, Mary Holtz of Ashley, IL; his beloved nieces and nephews, other relatives and friends.

Due to Covid-19 health concerns, private Mass of Christian Burial will be held at the St. Michael Catholic Church in Radom, IL on Monday, December 21, 2020 with Fr. Oliver Nwachukwu officiating.  Interment will follow in the church cemetery.

Should friends desire, mass offerings or memorials can be made to the St. Michael Catholic Church or the Alzheimer’s Association and will be accepted by the Campagna Funeral Home, who is assisting the family with arrangements.