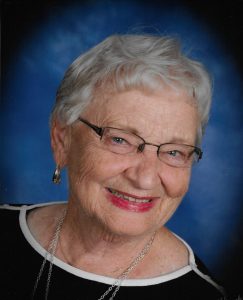 Mildred Louise Lietz, 92 of Staunton, IL passed away Saturday, January 23, 2021 at Anderson Hospital in Maryville, IL. Born September 12, 1928 in Nashville, IL, she was a daughter of the Late Mr. & Mrs. Harry & Amelia (Rinnie) Anderson. She married Enno S. Lietz on November 25, 1950 in Nashville, IL and he passed away on March 18, 2008. She was a lifelong resident of Staunton, IL.   She worked many years at Staunton Community Hospital as a Lab Technician. Millie and Enno traveled a lot and loved spending time with friends down in Florida in the winter months.  She also enjoyed playing golf with her many friends and family.  Loved playing bingo with her friends too.

Besides her husband and parents, she was preceded in death by 2 brothers, Harry Charles Anderson, and John Anderson.

A private family funeral service will be held Friday, January 29, 2021 at Williamson Funeral Home in Staunton with Rev. Kelly Mitteis officiating. Private graveside services will follow at Memorial Park Cemetery in Staunton. In lieu of flowers, memorials are suggested to either Staunton Education Foundation or to Zion Lutheran Church of Staunton.

Williamson Funeral Home in Staunton is in charge of arrangements.