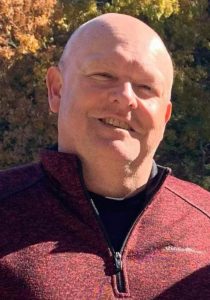 Mr. Keith Gerard Wienstroer of Okawville, IL departed this life in the Barnes/Jewish Hospital in St. Louis, MO surrounded by his family, on Wednesday, March 3, 2021 at 5:36 P.M. He had attained the age of 54 years, 1 month, and 19 days.

Keith was born in Red Bud, IL on January 15, 1967 the son of Arthur and Marilyn (nee Waller) Wienstroer and grew up on the farm in Lively Grove, IL. He was baptized in the St. Anthony Catholic Church in Lively Grove on January 22, 1967 with Jerry Waller and Janet Bleisch as his sponsors. He was later confirmed at St. Anthony’s on November 20, 1980. Keith married his high school sweetheart Pamela Obermeier in the Immanuel Lutheran Church in Okawville on September 29, 1990 and she survives his passing. Keith was later confirmed in the Lutheran faith on January 18, 2009.

Mr. Wienstroer worked as an investment advisor at his own firm, Wienstroer Insurance and Financial Services in Okawville. He was a member of the Immanuel Lutheran Church where he served as a Trustee. Keith was very involved in his community. He was a member of the Okawville Lions Club, served on the Okawville Fair Board, and for several years, served on the fair Pageant committee. He was a coach for the Little Dribblers Basketball program in Okawville, and coached softball and youth soccer for the Okawville Community Youth Association. He also coached all three of his daughters in basketball at the Immanuel Lutheran School. Keith had many passions but none greater than his family. He loved coaching his daughters and spending time with Pam and their girls and loved family get togethers.

Private funeral services will be held from the Immanuel Lutheran Church in Okawville on Friday, March 12, 2021 with Pastor Darwin Schrader officiating. Interment will be in the church cemetery. The services will be live streamed on the Campagna Funeral Home’s Facebook page.

Public visitation will be held from the Immanuel Lutheran Church in Okawville on Thursday from 3 P.M. until 8 P.M. Due to Covid-19 health concerns, restrictions will be followed. Face coverings will be required, and social distancing measures will be implemented, with a limited number of visitors in the church at any one time. Please be respectful of time so other visitors may pay their respects to the family.

In lieu of flowers, memorials may be made to an education fund that will be established for the benefit of Madisyn Wienstroer and will be accepted by the Campagna Funeral Home.