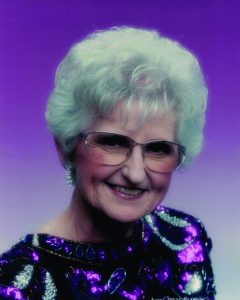 Carol Rae Zapp, 87 of Nashville, passed away at 8:23 a.m. on Saturday, July 3, 2021 at her daughter’s residence with her loving family by her side.  She was born on September 29, 1933 in Beaucoup, the daughter of Ray and Edith McKenzie Dennis.  She married Kenneth A. Zapp on May 1, 1954 in Beaucoup and he passed away on March 15, 2015.  Also preceding her in death were her parents, a grandson Quinton Zapp, a son in law Larry Markotay, 2 brothers; Bob and Royal Dennis and a sister Lois Bockhorst.  Left to mourn her passing are 2 sons; Kenneth (Pat) Zapp, Jr. of New Minden and Bill Zapp of Sparta.  A daughter Kim Markotay of Sparta. A brother Dale (Sharon) Dennis of Kansas City, MO.  6 grandchildren; Kenneth (Taryn) Zapp, III, Jordan (Courtney) Stroud, Brittany Zapp, Jennifer (Sam) Penford, Kelsey (Kyle) Brink and Jeremy Zapp.  8 great grandchildren; Eli and Iylie Harris, Connor Zapp, Zoe and Emery Stroud, Raynor Lundgren, Madelyn Brink and Sofia Holman.

Carol was a graduate of Nashville High School.  She previously worked as a bank teller at the First National Banks in Nashville and East St. Louis and was the owner/operator of Zapp’s Cafe in Coulterville.  She was a member of the Nashville Assembly of God Church and enjoyed cooking and listening to gospel and piano music.  She felt gospel music was happy music, so if there are tears, then call them happy tears because she will already be in Heaven with her Heavenly Father.

Funeral services will be held at 10:30 a.m. on Thursday, July 8, 2021 at the Nashville Assembly of God Church with Rev. Matt Craft officiating.  Burial will follow in the Beaucoup Cemetery.  Friends may call from 5:00 to 8:00 p.m. on Wednesday at the Styninger Funeral Home in Nashville and one hour prior to services on Thursday at the church.  Memorial contributions may be made to the Nashville Assembly of God Church or the Beaucoup Cemetery. Online expressions of sympathy may be made at www.styningerfuneralhomes.com or on the funeral home’s Facebook page.