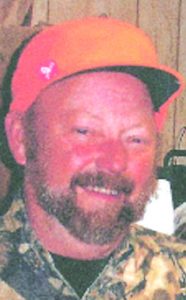 Mr. Boyd was born on November 25, 1944 in Coulterville, IL the son of Glen and Margaret (Cairns) Boyd.    He was united in marriage to Susan Cathcart on June 17, 1967 in Decatur, IL, and she survives his passing.

Bill was a proud United States Army Veteran and he worked for many years as a Biologist for the Illinois Department of Conservation.  He was a member of the Washington County Sportsman Club, the NRA and the IRA.  Bill enjoyed hunting, fishing, water skiing and he loved spending time with his grandchildren.

Left to mourn his passing is his wife Susan Boyd of Nashville, IL; daughter, Kelly Williamson and her husband Charles of Marion, IL; two grandchildren, Reid and Rylan Williamson; brother, Robert Boyd and wife Rogene of Cheyenne, WY; other relations and friends.

He was preceded in death by his parents and his sister, Ann Treftz and her husband Buddy.

Per the wishes of Bill and his family, cremation rites will be performed and burial of Ashes will be held at a later date.

Should friends desire, memorials can be made to the Washington County Sportsman Club and will be accepted by the Campagna Funeral Home, who is assisting the family with arrangements.