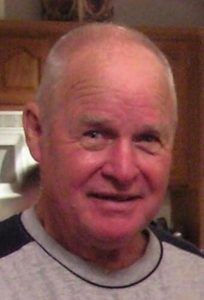 Joe grew up in Marissa, Ill., and graduated from Marissa High School in 1953. He had retired from the St. Clair County Housing Authority, where he worked in maintenance.

Joe loved spending time with family and eating breakfast and drinking coffee with his friends at Hardee’s.  He always told the best stories and always had a new joke to tell. In his pastime, he enjoyed fishing and taking care of his lawn, which he did up until his final days.

He was preceded in death by his parents Archie and Florence, nee Talley, Kane; one sister Helen Fosmore-Eschief, and one brother Kenneth Kane; a sister-in-law Ruth Ann Kane and two brothers-in-law Stanley Lysiak and Robert Kane.

Mr. Kane had requested to be cremated. His family will host an event to celebrate his life, beginning at Noon, September 11, 2021, at Hanft Park in New Athens, Ill. Join us to share good stories, and remember good times with Joe. A burial will be held on October 9, 2021 in Hickory Corners, Mich.

Wolfersberger Funeral Home, O’Fallon, Ill., is in charge of arrangements.