Mr. Herbert “Herb” C. Wilkey of Nashville, IL departed this life at the Washington County Hospital Extended Care in Nashville, IL on Sunday, October 17, 2021 at 3:32 AM.  He had attained the age of 84 years, 2 months and 9 days.

Herb was born on August 8, 1937, in Nashville, IL, the son of Dr. Charles and Bernice (Meyer) Longwell.  He was united in marriage to Melodie Mitchell August 2, 1962, in Ringold, GA and she survives his passing.

Herb was a teacher at various schools, retiring after 41 years of teaching. He was a member of the Trinity Lutheran Church in Nashville, IL, where he served as Vice President of the Church Board and also the Trinity Lutheran School Board.  He was also a member and past president of the Nashville Jaycees and was the manager of the Wizards softball team.  Herb enjoyed watching all sports, especially the Nashville Community High School sporting events.

He was preceded in death by his parents, brother, David Wilkey and 2 brothers-in-law, Richard Borowiak and Ron Schmeck.

Friends may call at the Campagna Funeral Home in Nashville on Thursday from 4 P.M. until 7 P.M.

Should friends desire, memorials can be made to the St. Jude Children Hospital or the NCHS Sports Boosters and will be accepted by the Campagna Funeral Home. 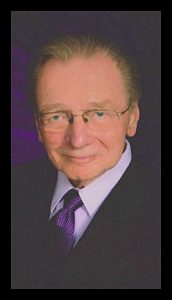