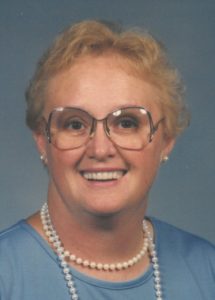 Judy Kay Hoffman, 75, of Du Bois, passed away at 7:10 A.M., Monday, March 28, 2022 at the Washington County Hospital in Nashville, IL.
Judy was a retired laborer and had worked at factories for many years. She was the salutatorian for her high school and then went on to beauty school to become a cosmetologist. She was a member of St. Charles Catholic Church in Du Bois. Judy was a member of the Knights of Columbus Ladies Auxiliary. She enjoyed bingo, traveling, gardening and cooking. Judy also enjoyed spending time with her coworkers after work and time with her family and grandchildren.
She was born April 12, 1946 in Du Quoin, IL, the daughter of Albert and Ann (Szczeblewski) Gerstenschlager.
She married Victor John Hoffman, Sr. on June 6, 1964 at the Immaculate Conception Catholic Church in Tamaroa, IL and he preceded her in death on October 30, 1982.
She is survived by four children – Victor Hoffman, Jr. and wife Karen of Du Bois, Robin Pinski and husband Clarence of Nashville, Melissa Hodges and special friend Woody Tracy of Woodlawn, and Stacey Waddell and husband Jerry, Sr. of Ina, one sister – Jean Zoeckler and husband Robert, Sr. of Du Bois, grandchildren – Tiffany Eater and husband Brendan, Jason Hoffman and special friend Kelsey Patterson, Brent Pinski and wife Jennifer, Brittany Pinski and special friend Miranda Kraft, Brandon Pinski, Mark Hodges, and Johnathon, Wendi, Riley and Samuel Waddell, step grandson – Jerry Waddell, Jr., great grandchildren – Bryton and Weston Pinski and Emerson Hoffman, and many nieces and nephews.
She was preceded in death by her parents, husband, an infant daughter, an infant granddaughter, and one sister – Jo Ann Brown.
Funeral services will be at 10:00 A.M., Friday, April 1, 2022 at the Searby Funeral Home in Tamaroa with Fr. Carl Schrage officiating.
Friends may call from 4 to 7 P.M., Thursday at the Searby Funeral Home in Tamaroa.
Rosary will be prayed at 6:45 P.M., Thursday at the Searby Funeral Home in Tamaroa.
Burial will be in the St. Charles Cemetery in Du Bois, IL.
Friends may make memorials to the St. Charles Cemetery Fund or donorís choice and will be accepted at the funeral home.
For additional information or to sign the memorial guest register, please visit www.searbyfuneralhomes.com. 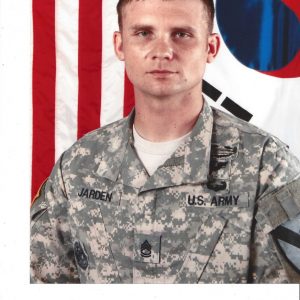