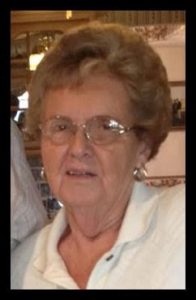 Kay attended and graduated from Oakdale Grade School, was a 1956 graduate of Nashville Community
High School in Nashville, IL and also attended Southern Illinois University in Carbondale for one year.
One of Kay’s passions was playing the organ and during her days at Nashville Community High School
she was allowed to leave school to go play the organ for funerals. She also played the organ and piano
for the United Presbyterian Church in Oakdale for over 50 plus years. Kay was confirmed and a present
member at the United Presbyterian Church in Oakdale. She was a homemaker and served on the
Oakdale Homecoming Committee. She also served on the Oakdale Eggstravaganza Committee and the
Easter egg hunt, which was held on the Brammeier family pasture.

She was preceded in death by her parents, husband, sister, Sharon Chaman

Funeral services will be held at the United Presbyterian Church in Oakdale, IL on Monday, August 15,
2022, at 11 A.M. with Rev. Dr. Jonathan Blackmon and Dale McConnell officiating. Interment will follow
at the Oakdale Cemetery in Oakdale.

Friends may call at the United Presbyterian Church in Oakdale on Sunday from 5:30 P.M. until 7:30 P.M.
and on Monday from 9 A.M. until service hour.

Should friends desire memorials may be made to Oakdale Grade School and will be accepted by the
Campagna Funeral Home, who is assisting the family with arrangements.