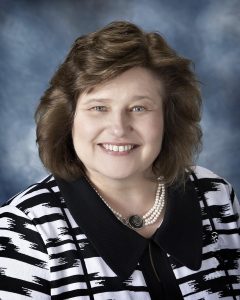 Kim graduated from Nashville High School in 1977 and became a registered nurse before becoming involved in
the Oil and Gas industry. Working as the Secretary/Treasurer for Oelze Equipment Company, Elmer Oelze Jr.
Oil, Oelze Production Company, and Oelze Supply. Kim was a member of industry related organizations such
as Desk and Derrick, serving in many positions including President of the Little Egypt Desk and Derrick Club
from 1987 to 1996. She was a charter member of the of Heartland Desk and Derrick Club of Southern Illinois
and served as President. In 2007, Kim served as Region II Director of the Association of Desk and Derrick.
She also served on the Illinois Petroleum Resource Board. Through her work to promote the Oil and Gas
Industry Kim was Awarded the Petroleum Professional Woman of the Year by The Illinois Oil and Gas
Association. She served as the first woman President of The Oil and Gas Association from 2011 to 2013.
Kim was also a member of the Original Kaskaskia Area Wilderness Inc. as well as The Okaw River Basin
Coalition serving as Secretary for a number of years.

Memorials may be made to the Zion Cemetery Fund. Condolences may be expressed online at
www.rennerfh.com .