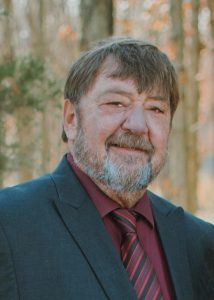 James Vincent Stein, 68 of Nashville, passed away suddenly at 3:37 p.m. on Friday, August 12th at his residence.  He was born on September 28, 1953 in Red Bud, the son of Libory and Marie Lake Stein.  He married Karen Guest on July 26, 1975 in Addieville and she survives.  Also surviving is his mother Marie Stein of Breese.  3 sons; James (Lisa) Teter of Okawville, Jeremy (Jill) Stein of Nashville and Jonas (Jill) Stein of New Minden.  2 daughters; Kristian (Peter) Hulme of Edwardsville and Krystal (Nathan) Emrick of Carterville.  A brother Tom (Julie) Stein of Okawville, 2 sisters; Betty (Mark) Pennington of Okawville and Sue (Bill) Clark of Dix.  13 grandchildren; Gabriella (Andrew) Brown, Morgan and Colton Hulme, Dustin and Dillon Teter, Brady, Grace, Karlie, Beckett and Owen Stein, Isabella, Matthias and Mikaiah Emrick.  A great granddaughter Hazel Brown.  He was preceded in death by his father and 2 sisters; Mary Ann Stein and Lorraine Borgmann.

Jim graduated from Kaskaskia College and worked at Farm Service Company in Nashville where he served in petroleum sales, warehouse and grain manager and agronomist.  He retired in 2015 from FS and started his own business Beaver Creek Scouting.  He enjoyed his career of helping farmers increase their yield through agronomy and he was proudly named the Illinois Agronomist of the Year in 2013.  He was baptized as an infant at St. Anthony’s Catholic Church in Lively Grove and re baptized in 2004 at the Nashville Christian Church where he was an elder and faithful member.  He also previously served on the Zion UCC council in Addieville.  Jim was a member of the Washington County Farm Bureau, past member of the Okawville School Board and founding member of the Addieville Jaycees. Jim also served as a crop judge at the Okawville Wheat Fest.  He was a competitive athlete having played on numerous area softball teams including: Washington County Farm Bureau, Stags, Schmales Transportation, Hoyleton Raiders and the Venedy Merchants.  Jim coached multiple youth Little League Teams, was the NCHS Hornet freshman basketball coach and varsity assistant coach as well as assistant girls basketball coach at Okawville High School for several years.  He loved to hunt, fish and especially mow grass. Jim was devoted to his family and loved to watch his kids and grandkids sporting events over the years.  The last 2 decades, Jim devoted his life to the Lord and spreading the word of the Lord to others.

Funeral services will be held at 10:00 a.m. on Saturday, August 20, 2022 at the Nashville Christian Church with Rev. Les Boldt officiating.  Burial will follow in the IOOF Cemetery in Okawville.  Friends may call from 4:30 to 8:00 p.m. on Friday and one hour prior to services on Saturday both at the church.  Memorial contributions may be made to the Nashville Christian Church Construction Fund or Illinois Right to Life. Styninger Funeral Home in Nashville is in charge of arrangements. Online expressions of sympathy may be made at www.styningerfuneralhomes.com or on the funeral home’s Facebook page.