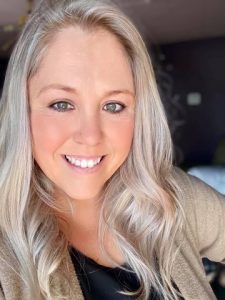 When she was little, Bryanna Warren Dahhou only really wanted two things.

“My dream at that time was  I would tell people I can’t wait to wear a blue jean skirt and be peach,” she said.

Born with a rare liver disease called biliary atresia, Bryanna was near death at only eight years old. After her parents sought out treatment in Omaha, she was placed at the top of the transplant list.

This month, she is celebrating the 30th anniversary of her liver transplant and the life that she has got to lead ever since. 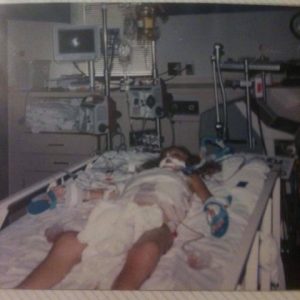 Biliary atresia affects the liver and bile ducts. It causes jaundice, or a yellowing of the skin, in babies, due to the blocking of bile flow from the liver to the gallbladder.

While the cause is not entirely known, biliary atresia affects one out of every 15,000 infants (girls more than boys) and eventually leads to liver failure.

When she was in first grade in Nashville, Bryanna recalled staying inside while her fellow peers were playing on the playground.

“The teacher had told the kids to stay quiet if I was still sleeping,” she said. “ I had gotten so sick that they were afraid I was going to slip into a coma and never wake up.”

Unsure of what to do, Bryanna’s parents, who include her mom Christy Lacky and stepfather Jeff and dad Bryan Warren, asked for advice on where to seek treatment. A transplant surgeon at Barnes Children’s Hospital in St. Louis, who was leaving the hospital, suggested a facility in Omaha. Once they arrived for the initial consultation, hospital staff wanted to keep Bryanna overnight for immediate observation.

After a return trip from Nashville, Bryanna was placed at the top of the transparent list. Her mom Christy Lacky was given a pager to let them know when a liver was ready.

“I was so yellow at the point of my transplant, that even my tears were yellow,” she said. “My mom asked the surgeon what to expect. He told her, ‘your daughter is either going to leave here with a new liver or in a body bag.’”

A new lease on life 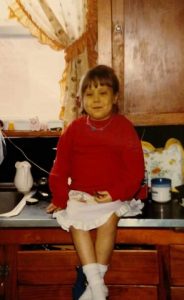 After about a 10-hour procedure, Bryanna woke up asking if she was peach and afraid the surgery didn’t work because she wasn’t “peach yet.” Her mom assured her that it was just going to take some time.

In the years since, Bryanna said she was monitored closely by her team. She had a couple of slight rejections and once went into anaphylactic shock but no major episodes.

To this day, Bryanna does not know much about her donor, only that it was a young boy around her age who died after a hit-and-run accident. Not much information has been shared, and while she can write letters to the family through the hospital at first, what Bryanna can say in those initial letters is restricted.

Bryanna said she often reflects on her transplant anniversary as a happy and bittersweet time.

“The love that these people had, and the courage that they had to say goodbye and donate their child’s organs,” she said. “He literally saved my life. They told my parents that I would have been dead by Christmas for sure.” 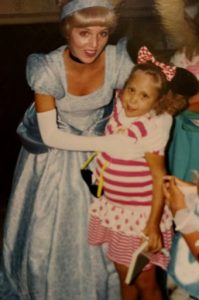 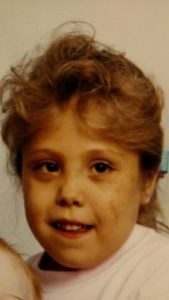 Bryanna Warren Dahhou would eventually get both her wishes – a jean skirt her dad bought her that she wanted to wear all the time and the opportunity to live her best life. She transferred from Nashville to Granite City for high school because of the constant bullying she endured before and after her procedure.

Bryanna married her best friend Achraf, and they are living in Nashville.  She started working at the Good Shepherd Lutheran in Collinsville as a teacher’s aide, which she described as “the best job I’ve ever had.”

Warren Dahhou is currently on medical leave from a head-on traffic accident this past April. Although she is suffering from nerve damage from the crash, her liver team say her numbers are great, and her kidneys produce better figures than normal patients, let alone for someone who has been taking rejection medication for nearly three decades.

Warren Dahhou encourages every person to not only sign up for organ donation but also let your family know your wishes ahead of time.

“Talk to your loved ones,” she said. “It’s not just signing the back of your driver’s license.”

She also said she hopes to dedicate some time to help spread the word about the importance of organ donation and the potential impact that decision can have.

“I used to be so embarrassed but now as I am getting older, that is something I should really be proud of,” she said. “I should be shouting it from the rooftops. The liver inside me was born in somebody else. I sit back and I’m so thankful for that family.” 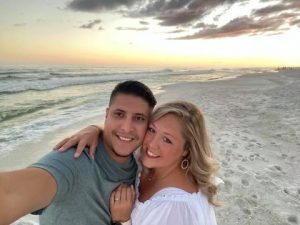 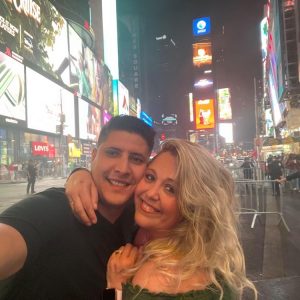